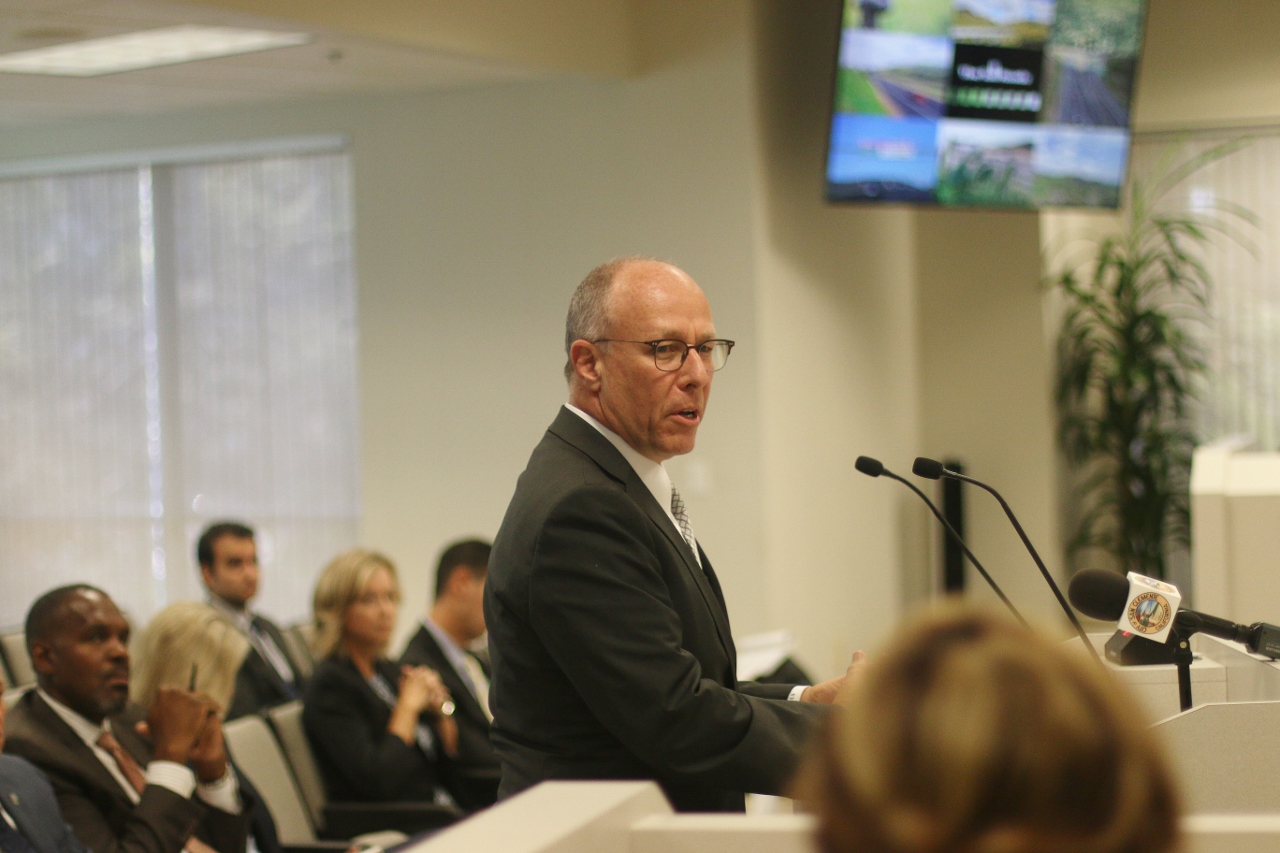 By Eric Heinz and Allison Jarrell

The Transportation Corridor Agencies (TCA) selected seven options out of the 20 proposals to study further, many of which would go through San Clemente. Four of the ideas are toll road connections to the 241. A screening document was released to the public on Dec. 18 showing the ideas, which are:

Other ideas that have been considered were deemed part of other jurisdictions, not feasible due to costs or legal agreements, ineffective or premature.

During a TCA joint board meeting on Dec. 14, members of the public complained that a survey the TCA published in October misled the people it questioned. The survey, conducted by SmithJohnson Research, used language such as “through-pass” to describe Idea 14, which would cut through the middle of San Clemente. Opponents of any toll roads in San Clemente said it was confusing.
Council member Kathy Ward, the city of San Clemente representative to the Foothill/Eastern Transportation Agency, questioned the presentation on Dec. 14 by TCA officials regarding the language used in the surveys.

On Dec. 19, City Council approved to initiate a General Plan amendment that would eliminate references to the toll roads, namely SR-241 and zoning that acknowledges it, within the plan and site-specific plans. The city also voted to initiate “any amendment or amendments” to site-specific plans to clarify the meaning of the city’s voter-approved Measure V, which protects open space in San Clemente from development unless the public votes otherwise. Because a Talega joint powers agreement with San Clemente states the subdivision would always oppose a toll road or highway going through San Clemente in 2008, the city is seeking to strengthen its laws that prohibit any additional freeways through its borders.

City Attorney Scott Smith announced on Tuesday that the city and County of Orange had settled a portion of an encompassing lawsuit the city filed against the Board of Supervisors and the TCA. Orange County agreed with the city that the Oso Parkway Bridge and Los Patrones Parkway must remain arterial routes that cannot be tolled. The legislation that authorizes the toll roads, Smith said, mandates roads can only be tolled if there are no other ways to fund such construction. As the Oso bridge and Los Patrones are already fully funded, the argument is they can’t collect tolls.

This is significant to opponents of the toll roads because many say opening the current terminus of the 241 route to tolls would pave the way to continue southbound construction toward San Clemente.

Oso bridge is expected to be completed by March, City Council member Lori Donchak said during the meeting.

The Planning Commission will review the recommended changes to the General Plan and then submit recommendations to City Council before it is approved.

After the San Clemente Times print deadline on Wednesday, Dec. 20, Capistrano Unified School District (CUSD) chief communications officer Ryan Burris announced that the district has filed a lawsuit against the county (including various staff members), the TCA, and Caltrans over the Oso Parkway Bridge EIR addendum.

“Over the last few months we have engaged in discussions with the County of Orange about what appropriate mitigation measures should be included in the Oso Bridge and Los Patrones Parkway projects near Tesoro High School and Esencia K-8 School,” Burris said. “The County declined to incorporate any of our proposed mitigation measures into the Los Patrones or Oso Bridge projects (e.g. sound/air quality walls, air filters, sound attenuating windows, connector road/signal).”

Burris said the CUSD Board of Trustees “continues to have concerns over any projects that would adversely affect the health, safety, well-being and learning” of students, teachers and staff.

“We will continue to pursue efforts to mitigate any potential health impacts regarding these projects,” Burris said.

A copy of CUSD’s lawsuit can be found at www.capousd.org.