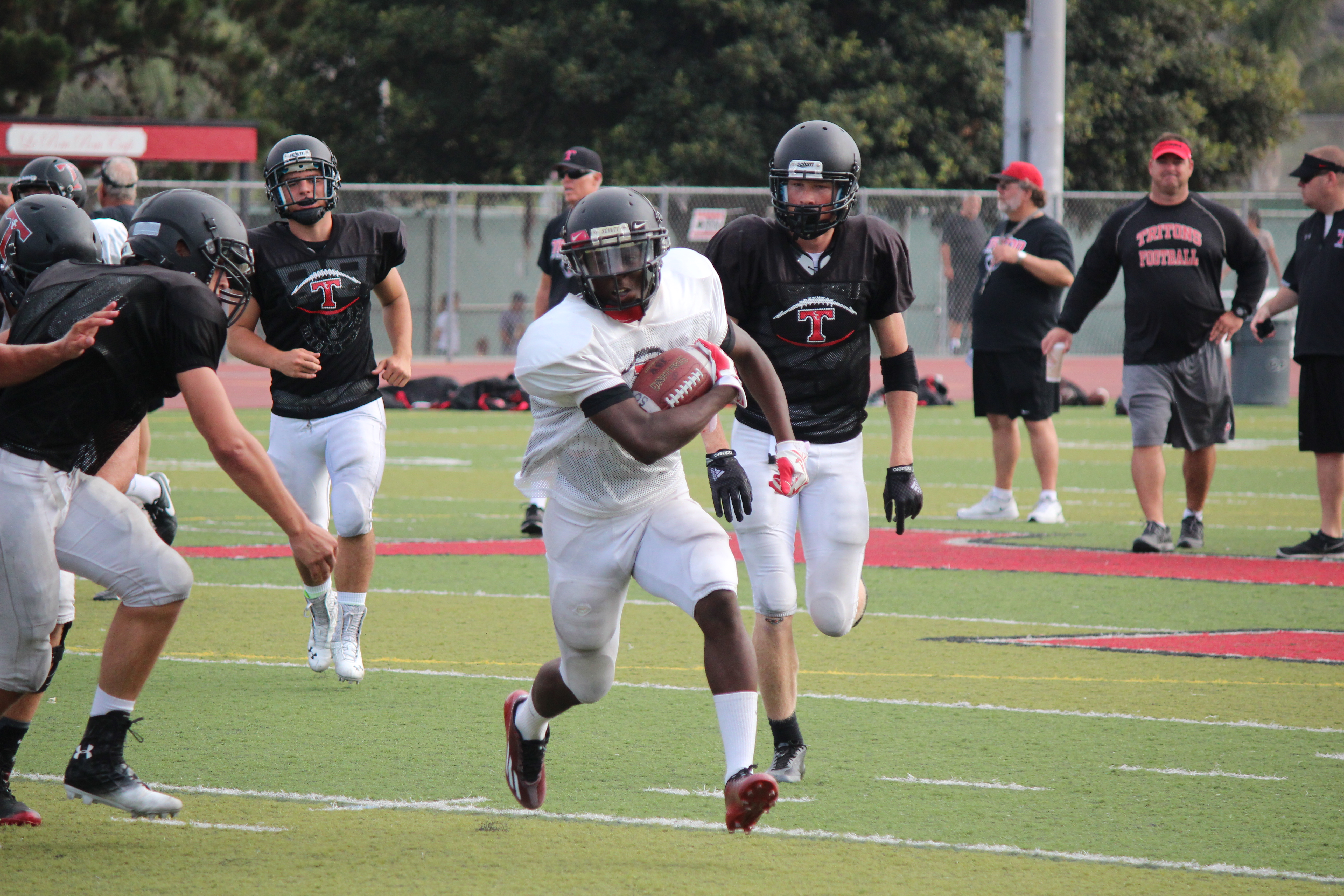 When former league rival Tesoro comes to town on Oct. 2, San Clemente football head coach Jaime Ortiz believes the Tritons will be dealing with a team that mirrors them in many ways.

For starters, both teams tout highly regarded quarterbacks. Tesoro (4-1) will field standout junior Devon Modster and the Tritons (5-0) will counter with Sam Darnold.

Both Modster and Darnold have similar skill sets. It’s no secret that Darnold can make plays and extend drives with his legs, as his 293 yards rushing and seven touchdowns can attest to. Modster, who scored on a 26-yard go-ahead touchdown run against Corona del Mar last week, also likes to run the ball.

The two quarterbacks are surrounded by versatile playmakers on offense.

Tesoro running back Anthony Battista transferred to Tesoro last season and has made an impact. The Titans receiving corps is led by senior Jake Smeltzer.

The San Clemente running back tandem of junior Vlad Dzhabiyev and sophomore Brandon Reaves have caught fire lately. Reaves had a breakout game in a 47-24 win over Newport Harbor on Sept. 26, when he rushed for 47 yards and a score while reeling in six catches for 104 yards and a touchdown.

With all of the offensive playmakers on the field, Thursday’s game has the potential to be a high scoring affair.

“It’s not just Modster, it’s a little bit of everybody, kind of like us a little bit,” Ortiz said. “(Tesoro) has good receivers and a very good running back. But I think Modster is the guy that makes it go, just like Sam Darnold makes it go here as well.”

Tesoro’s defense will present the Tritons with their toughest test to date.

In other football news:

-The Oct. 2 game against Tesoro will be the football program’s first Military Appreciation Night. Marines from Camp Pendleton will be in attendance to have a pre-game meal, receive gifts from local merchants and take in the game.

-There will be also a Socks for Heroes sock drive at the event. Fans are encouraged to bring all black socks to donate to military personnel. The Socks for Heroes effort was formed in honor of Donald J. Hogan, a Marine rifleman who was killed in Afghanistan in 2009. His family currently resides in San Clemente.

-Darnold recently accepted an invitation to play in the 2015 U.S. Army All-American Bowl in January. Darnold is the second player in school history to compete in the high-profile showcase event, joining former Triton lineman Kyle Murphy (2011), who is now at Stanford University.