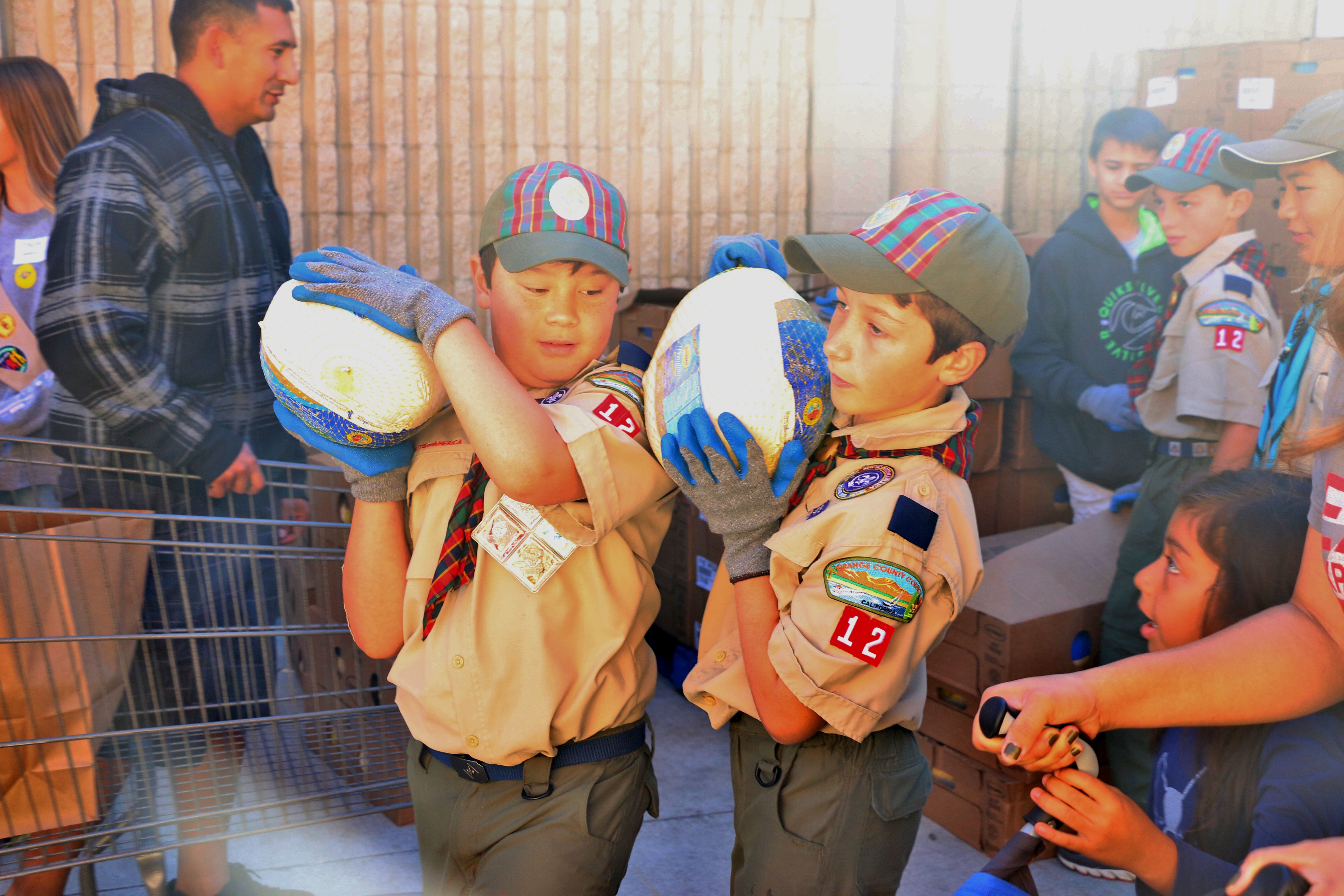 A Boy Scout lifts a turkey to be placed in shopping carts during the Thanksgiving Turkey Giveaway organized by the San Clemente Military Family Outreach on Monday at Camp Pendleton. Photo: File

Photos and Text by Eric Heinz

Food for Thanksgiving piled up on Monday at the commissary at Camp Pendleton in order to provide the holiday feast for U.S. Marines and their families.

For the past eight years the nonprofit San Clemente Military Family Outreach has hosted a Thanksgiving drive to help out the families in the north Camp Pendleton to people living in San Onofre Housing. Many of the families have a relative or loved one who has been deployed. Recently about 2,000 troops were sent to South Pacific Asia.

“It got started by the predecessor by the Friends of San Onofre Marines,” Robert Crittendon, a volunteer with SCMFO, said. “They had started the distribution for units that were being sent overseas. On one occasion, the St. Margaret’s Church had invited them, and there were 250 people who had signed up. The church I think was overwhelmed and they really had to scramble to provide that meal.”

Crittendon said the event eventually became tradition, and people are now able to take the items with them and prepare the feast in their own home.

Enough food was donated to provide a Thanksgiving dinner to 800 people who reside on the base.

“If we run out after that, we’ll hand out gift cards that can be redeemed at the commissary,” Crittendon said. “We try to start with those who are most in need of help.”

Crittendon also said in order to provide for 800 people, it costs between $20,000 and $25,000. He said a lot families told him they wouldn’t be able to do Thanksgiving without the help of the SCMFO.

Boy Scouts and Girl Scouts, 12 SCMFO volunteers, 15 Marines and other local residents helped with the distribution.