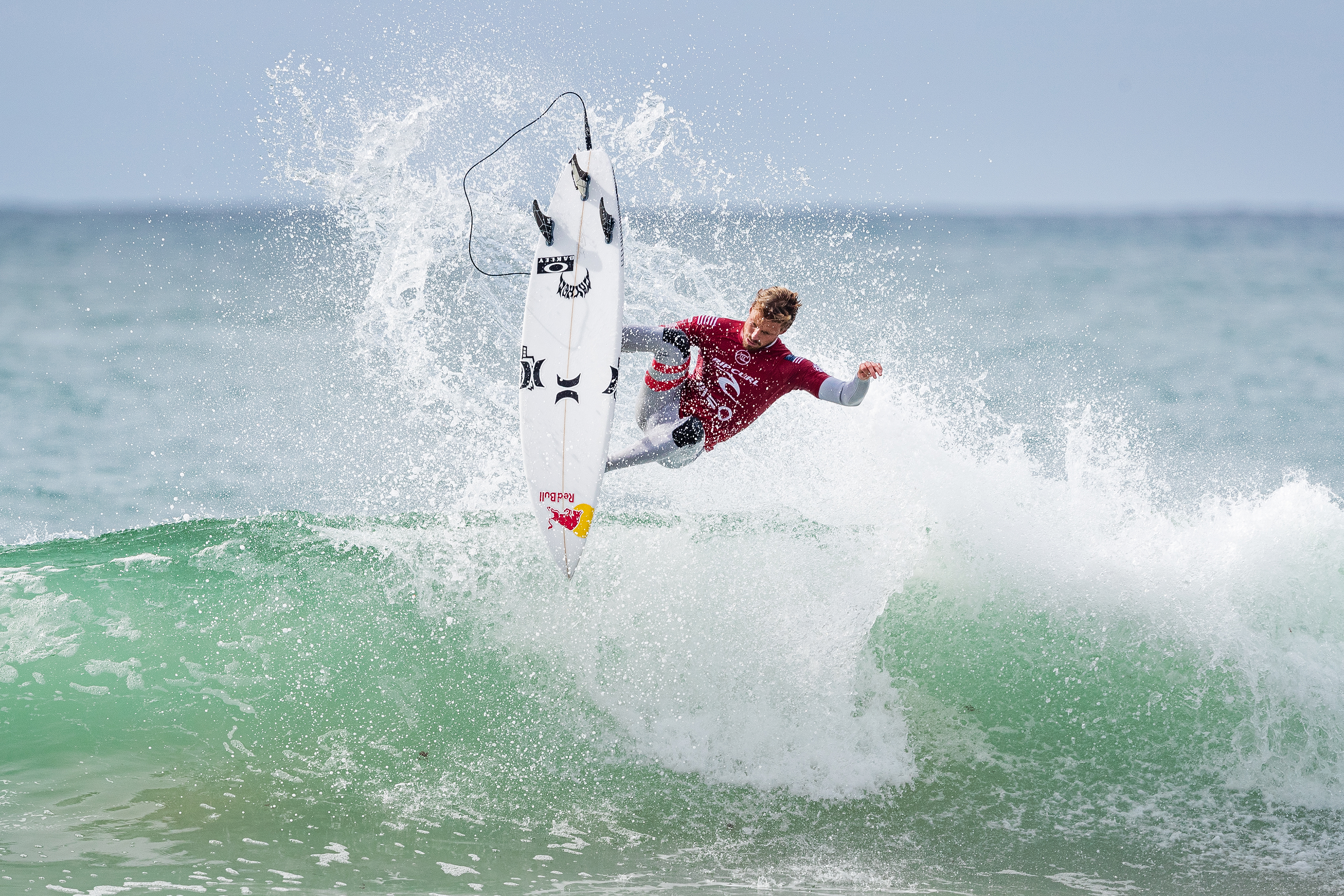 San Clemente’s Kolohe Andino has become the first American surfer to officially qualify for the 2020 Olympic Games in Tokyo.

Currently ranked fifth on the WSL’s Championship Tour, he is the highest-ranked American male surfer in the world and one of only 18 surfers who will qualify for the Olympics via his world tour ranking. Andino even has a shot at winning the 2019 world title.

“It was a little goal for me at the beginning of the year; I wanted to finish world No. 1, and I knew that if I did that, it would be good enough, obviously, to qualify for the Olympics,” Andino said upon receiving his Olympic news during the Meo Rip Curl Pro Portugal this week. “I almost feel like I could tear up a little. I went and told my dad, and I’m just so happy.”

For Andino, the path to glory began when he was just a wee grommet. Son of former U.S. champ Dino Andino, he was basically born into San Clemente surf royalty. By the time he was 10 years old, he was already busting airs at Lowers. And when he started surfing competitively, there was no looking back. The winningest surfer in the history of the National Scholastic Surfing Association, Andino was putting his high school years in his rearview mirror by the time he already owned nine national titles.

Living up to the hype, Andino graduated to the WSL Championship Tour in 2012, when he was only 18 years old. Signing sponsorship deals with big-name brands such as Nike, Red Bull and Target, he’s not only a competitive animal but a marketing department’s dream.

Despite all of his successes, the one thorn in Andino’s paw is that he’s never won a Championship Tour contest. He’s come close this year, finishing runner-up in a pair of events, but somehow the top of the podium has eluded him. As this story went to press, however. Andino was still rolling at the Meo Rip Curl Pro Portugal in Peniche, with a very real shot at winning the event. Win or lose, when the Championship Tour concludes with the Pipe Masters in Hawaii this December, Andino will still have a numerical shot at winning the world title.

And even if he doesn’t come away with surfing’s top prize, he will still have the Olympics to look forward to next summer.

“I couldn’t be more excited to compete as an Olympian,” Andino said. “Surfers are definitely unique in the fact that it’s almost more of a lifestyle and an art, but it should be really exciting. I love my country and I love athletes, and I’ve always loved watching the Olympics, so it’s going to be really rad just to be in that opening ceremony.”

Kanoa Igarashi, who grew up in Huntington Beach but holds dual citizenship in the U.S. and Japan, has also qualified for the Olympics, but he has opted to represent Japan in the Tokyo Summer Games.

The composition for the rest of the U.S. National Surf team remains in question. If the decision was made today, Hawaii’s John John Florence would join Andino on the men’s team. Kelly Slater, 11-time world champion, is also in the mix and has made his intentions clear. At 47 years old with nothing left to prove, Slater is eyeing the Olympics as a fitting capstone to his incredible career.

“I know certain guys have made it, but I got a lot of work to do,” Slater said from Portugal. “It’s a debatable situation, anyway. John John has been out for literally months, and he’s still ahead of me. That sort of speaks volumes about how well he surfed this year and his position. I haven’t performed the way I expect to perform or how I typically perform.”

For the women, Hawaii’s Carissa Moore appears intent on capturing her fourth world title, as well as joining America’s Olympic team. Behind her, ranked No. 2 in the world, is Lakey Peterson from Ventura. Peterson has been coached this year by local Dana Point charger Mike Parsons.

At this point in time, Andino is the only American to have locked up a spot for the 2020 Games, but that could change as the Meo Rip Curl Pro Portugal comes to a conclusion at the end of this week. Otherwise, the next round of announcements will happen during the Pipe Masters.