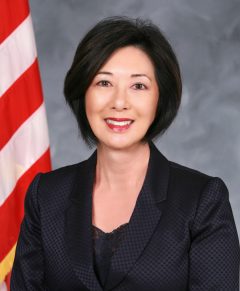 On Dec. 10, 2013, the Orange County Board of Supervisors unanimously voted to authorize execution of the construction contract for the La Pata Avenue Extension Project. This $126.5 million project will provide a critical link between the communities of San Juan Capistrano and San Clemente. Commuters traveling this route should expect a 20- to 30-minute reduction in their travel time after all improvements are completed. This project provides distinct benefits to South County residents, including:

There are three phases to this project:

The project celebrated its one-year construction anniversary in April. The first phase of the project, the gap connector, is 75 percent complete and on schedule to be completed in fall 2016. The remaining two phases are scheduled to begin in spring 2016. The project reached a major milestone in August: the completion of the excavation and relocation of approximately 800,000 cubic yards of refuse within Prima Deshecha Landfill. In the next few months, earthwork and the bridge at the Prima Deshecha Landfill entrance will be completed. The county and construction crews have been working diligently to enhance connectivity for our South County communities.

Due to the uniqueness of this project and number of invested stakeholders, it is fully financed via a combination of funding sources from Rancho Mission Viejo, Communities Facilities Districts (CFDs), Measure M, State Proposition 1B Funds, La Pata Road Fee Program, OC Waste & Recycling, County Road Fund (state gas tax) and utility reimbursements. The total estimated cost for all three phases of the La Pata project is $126.5 million.

This project has been years in the making and is the result of the collaboration of many stakeholders, including the city of San Juan Capistrano, the city of San Clemente, The Ranch and OCTA, all of which have worked very hard to make the vision of this project into reality.

During the next few months, the La Pata gap connector phase will progress, as crews continue to conduct earthwork, bridge construction and paving, as well as sidewalk, traffic signals and landscape activities. La Pata Avenue is anticipated to open and help ease your drive by fall 2016.

I am very pleased to be part of this project and I look forward to improving mobility within South County and the region at large.

In other South County transportation news, I’m also pleased to report that Caltrans, the Orange County Transportation Authority (OCTA), and the city of San Juan Capistrano on Thursday, Oct. 1 marked completion of the $77.2 million I-5/Ortega Highway Interchange Improvement Project, which makes the new bridge transition seamless for daily commuters, lessens vehicle emissions and gets people where they need to go sooner.

The two-and-a-half-year project to modernize the interchange includes:

The interchange is a major connection between Orange, San Diego, and Riverside counties.

This project highlights a “bridging of history,” as San Juan Capistrano’s Spanish architectural style is reflected in colored concrete on the new bridge, as well as textured retaining walls that were hand painted. The city of San Juan Capistrano also played a key role in the project’s initiation by preparing the environmental document, from which its City Council approved the selected alternative in January 2009.

I was pleased to participate in the dedication ceremony and wish to thank the city of San Juan Capistrano, Caltrans, OCTA and the area business community for coming together to deliver this world-class project.