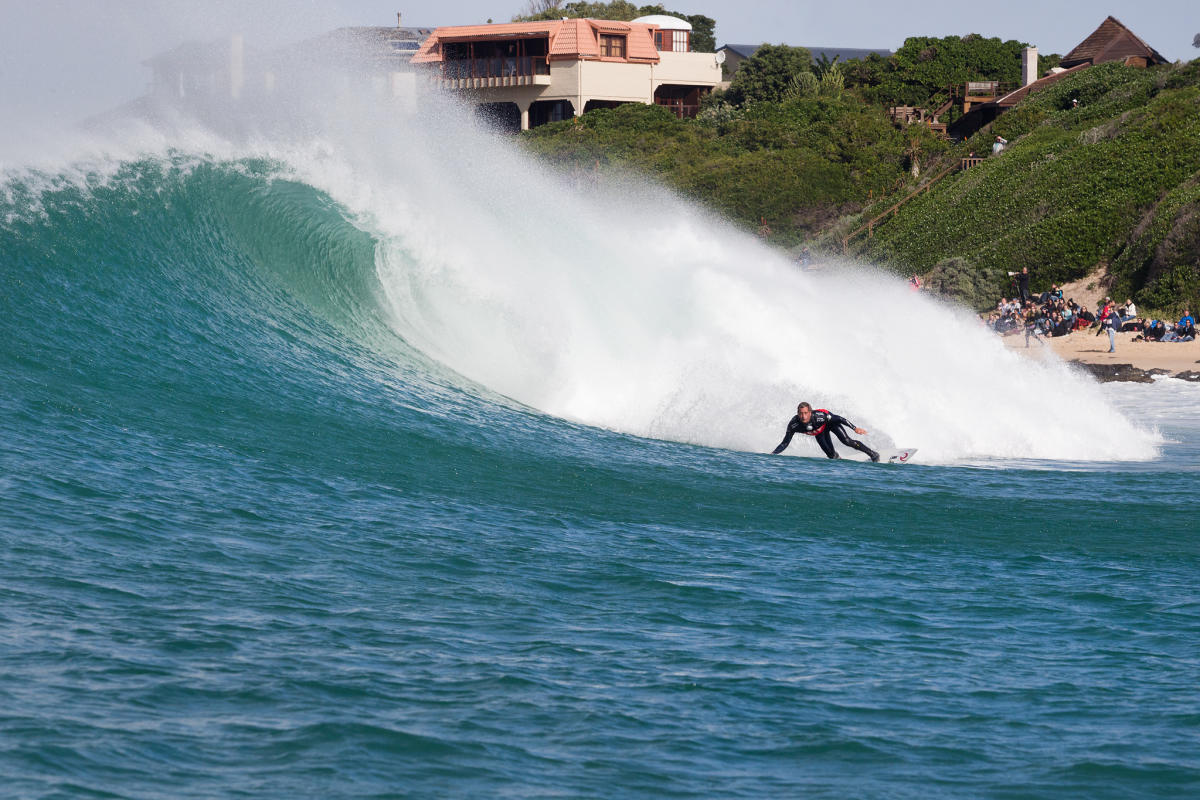 The Case for Surf Heroes

From Edwards to Curren to Florence, some surfers capture our imagination

With Halloween arriving this weekend, here’s a little tribute to the surf superheroes—the ones we all will forever aspire to emulate riding the waves.

I was recently having a conversation with someone about how two-time world champ John John Florence is like the modern-day Phil Edwards. During surfing’s “Golden Era” in the early to mid-1960s, Edwards was unequivocally the man. Nobody touched his style then, and few have come close since.

By ’66, he had the top-selling surfboard model with Hobie and was the first surfer sponsored by a surfwear brand, Hang Ten. He was Surfer magazine Surfer Poll winner and featured on the cover of Sports Illustrated. Then he was done. He found sailing and stepped out of the wave-riding limelight.

Florence, who grew up surfing and skating on Oahu’s famed North Shore, is a stylist in much the same regard. There’s no wasted movement or flailing around—just clean, pure lines. His love of sailing has only continued to blossom in recent years, and like Edwards, he’s too humble to thirst for stardom. He’d just as soon be behind the helm as he would be at the top of a podium.

A couple of weeks ago, I was interviewing 14-year-old Oceanside phenom Caity Simmers for the World Surf League. We got to talking about what she thinks makes good style. Her answer was the same as just about every surfer who’s ever been asked that question.

“I don’t know how to describe it; you just know it when you see it,” Simmers said.

A product of the ’80s and ’90s, my surf hero has always been Tom Curren. Hands down. No question. He’ll always be the one I look to when measuring the caliber of other surfers—both in and out of the water.

I believe it’s a similar kind of thing for those from an older generation and how they use Edwards as their gold standard or how today’s surfers look toward Florence.

Even before I really understood how technically perfect Curren’s surfing was, his wandering, barefoot vibes captured my imagination. I had the film Searching for Tom Curren on repeat, fell in love with weird boards and, hell, even learned to play guitar because of his weird experimental jazz riffs.

In 1991, when I was an impressionable high school student listening to Rage Against the Machine, Curren did the unspeakable. He paddled out in a contest in Hawaii without his sponsors’ stickers on his board. Whether it was an act of rebellion against the surfing industrial complex or just forgetfulness, it remains a topic of conversation.

But the beauty of surf heroes is that most are accessible if you aren’t afraid to ask a few questions. When legendary Aussie surfboard shaper Maurice Cole was in town awhile back, I had the opportunity to ask him if he remembered why Curren went “logoless” in ’91.

“Like a demon, I was roaring up the wrong side of the Kam Highway in my van, laying on the horn, yelling out the window, carrying on like it was the bloody zombie apocalypse,” Cole explained.

Only minutes earlier, he’d convinced Curren to step up from a 7’3” to a 7’8” in the quarters at Haleiwa. The catch was that the longer board was back at the Kuilima condos on the other side of the North Shore.

When they’d left earlier in the morning, they’d forgotten just about everything—including stickers. With Tom’s heat coming up quickly, Cole, a man of perpetual action, charged himself with retrieving the now-famous, yellow-railed Semi-Gun in record time.

“I came screaming back into the car park, hopped the curb, pulled right up to the scaffolding, and there’s Tom, just waiting. His heat’s already out in the water. He’s just standing there. He’s just patiently waiting, like a kid whose mom told him not to move,” Cole said. “So, I give him the board and tell him to get out there.”

For me, that innocent punchline makes Curren even more of a hero. Of course, he didn’t have any wax! Curren was later captured riding that board at Backdoor Pipeline in what may be one of the most iconic surf photos of all time by master lensman Tom Servais.

If there’s a moral to this story, it may be to pick your surf heroes wisely; they may just be with you the rest of your wave-riding life.