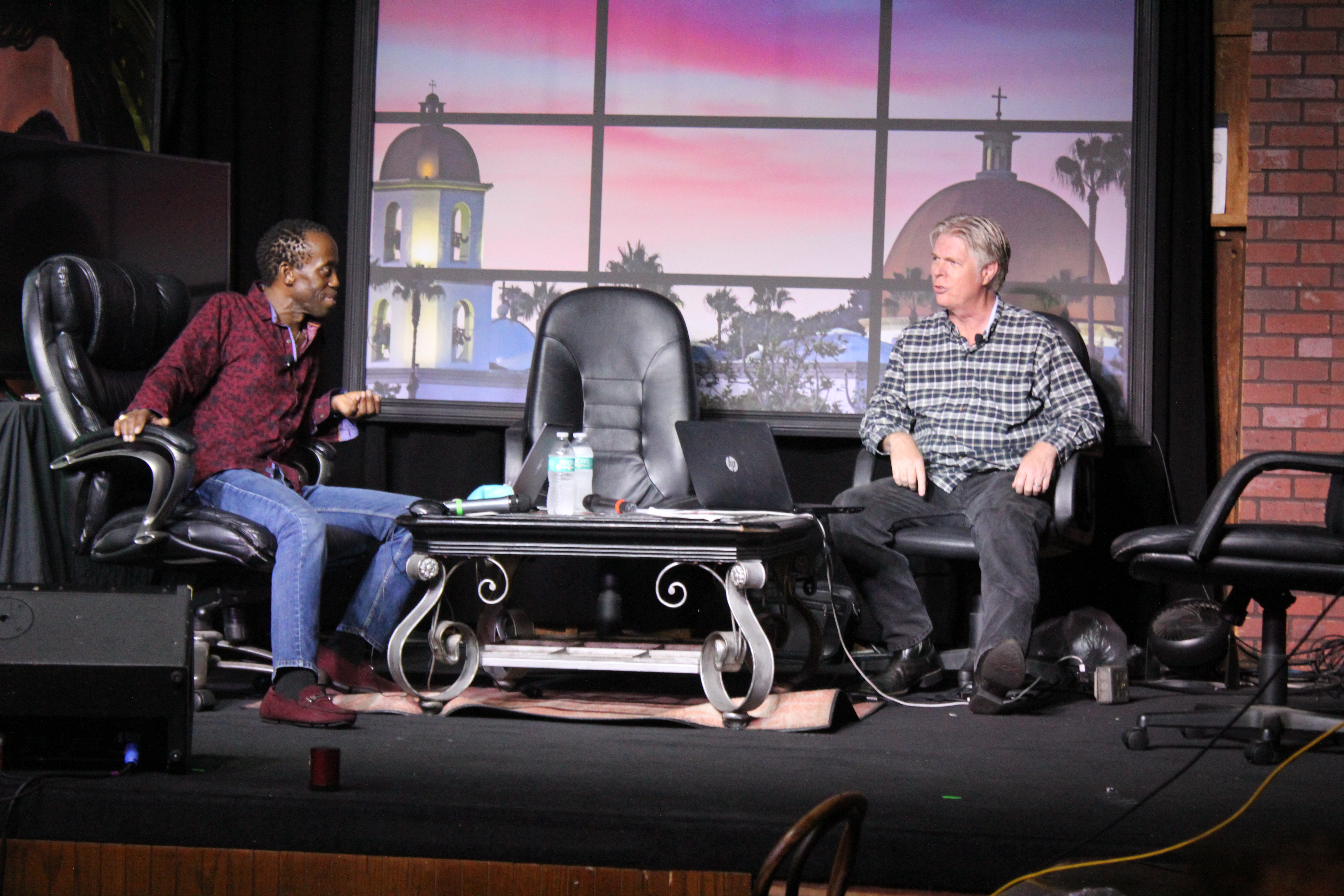 The Coach House has been forced to scrap planned concerts due to the COVID-19 pandemic, but they are still serving as an entertainment platform for the masses.

Doug Starks and Jim Taylor hosted a live-streamed entertainment show from the San Juan Capistrano venue on Saturday, May 9. The show was broadcast on alerttheglobe.com and featured jokes, discussions, interviews and live music. The plan is to broadcast live shows every Saturday at 5 p.m.

The idea behind the show is to entertain the public at a time when the health crisis has left people struggling, frustrated and unsure of what happens next. The global economic crisis has also hit home for The Coach House, according to owner Gary Folgner.

“It’s not doing a damn thing,” Folgner said regarding the lack of concerts at the South Orange County venue. “Until (officials) decide to let entertainment go, we won’t be doing anything. Up until this stuff started, we were doing great. It’s probably the best year we’ve ever had.”

The Coach House has hosted well-known musical acts over the years, including B.B. King, Bonnie Raitt, Chris Isaak, Pat Boone, and the punk band X—among many concerts that have drawn standing-room crowds. Usually, the venue is packed with patrons seated at tables, enjoying meals while listening to music.

During the May 9 show, most of the chairs were unoccupied at the venue, which is closed to the public, and the only people there were working on the live show. Folgner said the economic crisis has impacted the venue by close to $500,000.

“They’ve cut my rent in half for two months, but I think we’ve got another seven or eight months to go before we have any chance at all,” Folgner said. “When they start letting football and baseball play to audiences, then we can probably start going.”

Folgner criticized media coverage of the crisis, saying reports have made it “bigger than it really is,” which discourages people from going out. He also cited comparative death rates from smoking, said previous health crises did not get such coverage and criticized the temporary shutdown of Orange County beaches.

As for the May 9 show, actor and entertainer Mark Christopher Lawrence and therapist Martine Evans were guests. Dennis Jones Band provided musical entertainment.

Starks and Taylor discussed movie roles and mental health with Lawrence and Evans.

The hosts and guests spoke while sitting on stage in chairs, in front of a photo backdrop of San Juan Capistrano taken by local photographer Scott Schmitt.

Starks said he has been meditating and looking at the ocean every day during the pandemic. “I’m really excited about doing this because this has been a community effort,” Starks said.