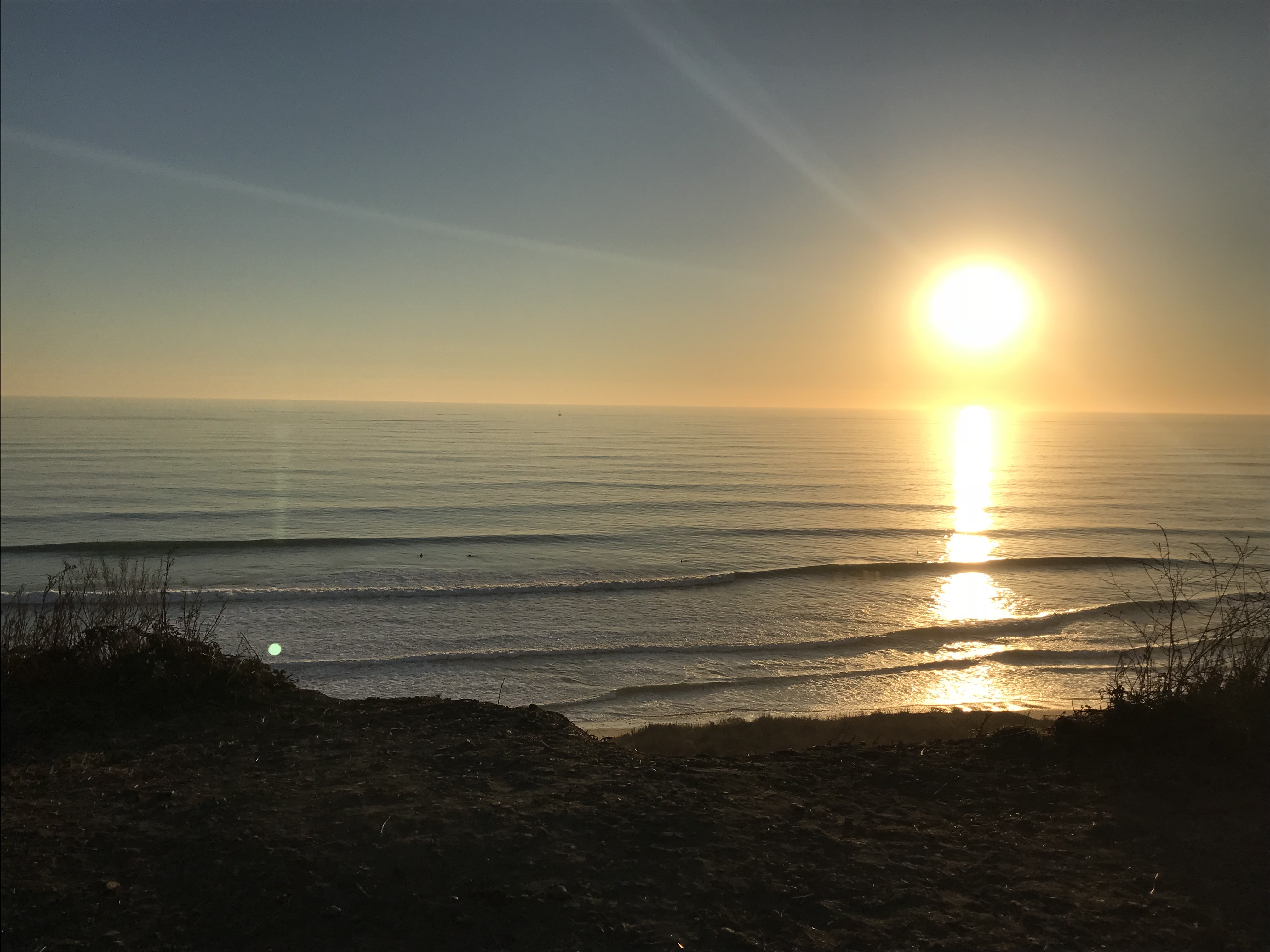 After a forced ‘hard close’ of all OC beaches last week, Gov. Newsom decides to give San Clemente and other cities a chance

It’s been a hectic few weeks as far as our local beaches go.

On Saturday, April 25, the beaches reopened again after being locked down for nearly two weeks. Then, after the first warm weekend of the season, Gov. Gavin Newsom on Thursday, April 30, reacted to swelling beach crowds by ordering a “hard close” for all Orange County beaches.

It didn’t go over well with the surf community, as memes declaring “Newsom’s a kook” and “Newsom don’t surf” swirled through social media. Vocal protests took place in a number of Orange County beach communities, including San Clemente.

Despite a visible presence from Orange County Sheriff’s Department officers and local lifeguards, the order went largely unenforced this past weekend, as surfers and beachgoers enjoyed the spring weather and playful waves.

“There were a large number of cops at T-Street, but they didn’t say anything when I went down onto the beach,” one local surfer said. “And the lifeguards were actively patrolling and telling people to spread out, but nobody was getting kicked out of the water or ticketed.”

“We’re here to educate,” one officer at T-Street explained.

Over the weekend, the cities of San Clemente and Laguna Beach submitted active-use guidelines to the governor’s office to reopen their beaches. It appears to have worked. On Monday, Newsom agreed to let the two beach cities move forward.

“They put together an outstanding plan to begin reopening those beaches,” Newsom said during his daily briefing on Monday, May 4. “These public open spaces are opening back up with plans in place now to deal with all the concerns around physical distancing and social distancing.”

San Clemente beach parking will remain closed, as will public restrooms. At some point, the parking situation needs to be remedied, as residential neighborhoods are bearing the brunt of the excess traffic, which is neither fair nor healthy.

Then on Tuesday, May 5, Newsom added to the list of beaches that will be reopening, including Dana Point, Huntington Beach and Seal Beach.

Dana Point and Huntington Beach had filed a lawsuit against the state over the issue, with Newport Beach later also joining the suit. After a temporary restraining order was denied, a hearing was set for May 11 if the situation wasn’t sorted out before then.

The Orange County Board of Supervisors also met Tuesday to further discuss the issue after the county had made national news because of beach openings, large crowds and protests.

“People will no more go to the beaches than they will to the stores if they feel unsafe! They did not feel unsafe at the beaches,” Orange County Supervisor Don Wagner said in a written statement. “They overwhelmingly practiced physical distancing according to local law enforcement and government leaders. If it is good enough for business to trust our citizens to act responsibly and observe your rules, it is good enough for beaches.”

There’s no clear timeline yet on when the California State Beaches will reopen, which means for now Trestles and San Onofre are still off limits. San Onofre State Beach straddles Orange and San Diego counties, and with San Diego also starting to reopen its beaches, there could be potential that we’ll have access to those wave-rich surf zones sooner rather than later.

Hopefully, Newsom’s willingness to reopen San Clemente and a few others is a sign of more good things to come. The more beaches that reopen, the more people can spread out, practice social distancing, and enjoy all the benefits that a day at the beach offers.

With new decisions being made by local and state authorities, the situation at our beaches continues to be fluid, and more will probably have happened by the time you read this.

The important thing to remember if you’re heading to the beach is to be aware of your surroundings, practice social distancing guidelines, be safe and appreciate the environment for the freedom it provides.