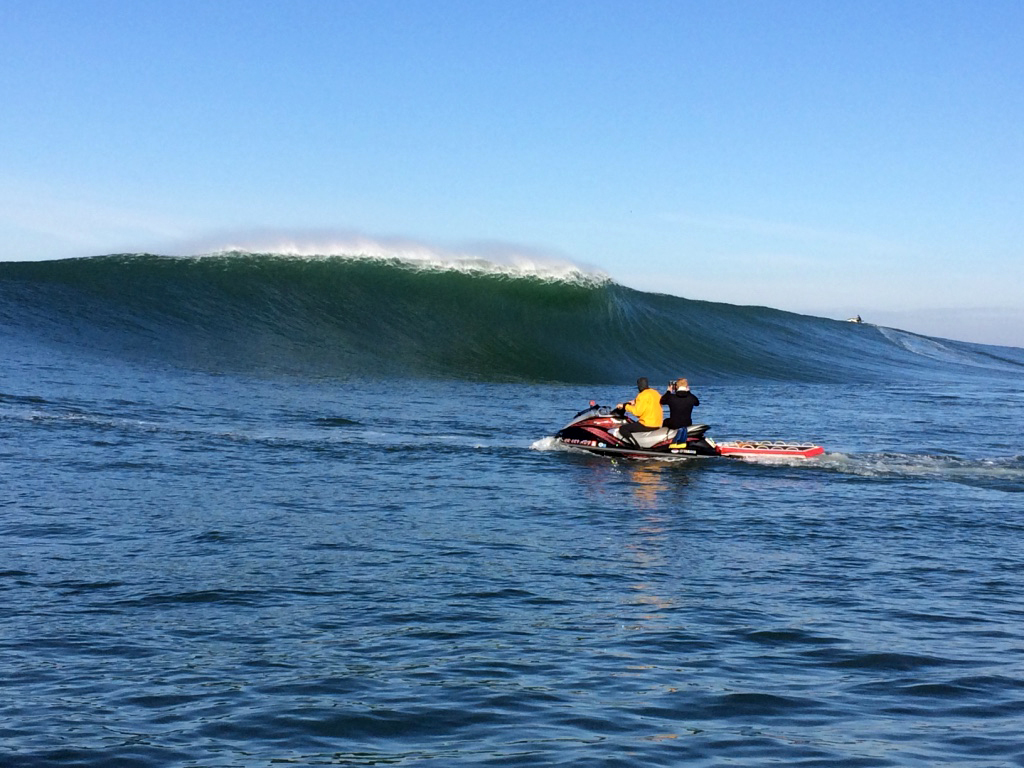 Can you really surf better, the older you get?

For the last couple of weeks, the surf in Hawaii and California has basically been nonstop pumping. Pipeline, Rincon, Mavericks, all the marquee spots have been lighting up thanks to a steady run of North Pacific energy.

Hopefully, everyone around here has also been getting their fill—although, due to South Orange County’s shadowing from offshore islands and acute south-facing angle, we haven’t been exposed to some of the bigger, more powerful northwest swells. Nevertheless, there have been plenty of reasons to get in the water lately no matter where you live on the West Coast.

The run of surf started over the Christmas and New Year’s holidays and has been going strong ever since.

Full transparency, Curren’s my favorite surfer of all time, and I’m admittedly biased when it comes to covering his exploits. Regardless, at 56 years old, it’s amazing to see how tuned in he still is and how, when the waves are firing, he’s still one of the most stylish surfers on the planet.

The conditions on this day were flawless—8-foot peaks and howling offshore winds. Locals were calling it as good as it gets.

When the clip of Curren’s wave dropped, of course, I was as giddy as a schoolboy, but the man’s age only seemed like an interesting sidenote.

Then, a couple weeks later, San Clemente’s own Nathan Fletcher, who’s currently living in Hawaii, launched an air at Pipeline that sent him into orbit. Just looking at the photo of the wave makes my knees hurt (you can see it on his Instagram account).

Punting a frontside ollie, he’s easily 10 feet above the lip. He doesn’t stick the landing, but the amplitude should be enough to capture the imaginations of the next generation that are daring to dream about what’s next.

At 45 years young, Fletcher and I are basically the same age, and to see him lofting above the lip like that, it’s definitely a solid reminder that you’re never too old to fly.

Last weekend, Santa Cruz’s Peter Mel went next-level at Mavericks up in Half Moon Bay. On Friday, he pulled into a barrel that had almost unanimous consent that it was the best tube ever ridden at the cold-water slab.

Then he did one better on Sunday and was towed into what has to be one of the biggest, cleanest waves ever ridden there. As luck would have it, Mel’s son, John, was the one who towed him into what will undoubtedly be the historic wave. At 51 years old, it’s taken Mel a half-century of dedication and focus to do what he just did.

A while ago, I was having a conversation with a surfing friend in town, and he expressed concerns about how he probably wasn’t going to be able to get as barreled as he would like when he gets into his 50s.

Whether that’s true or not, the thought’s stuck with me, and to be honest, has kind of worried me. I’m not some great tube rider or anything, but I would still like to keep surfing as well as I can as I get older.

And now, thanks to what Curren, Fletcher and Mel have done the past couple of weeks, it’s pretty clear that age is only a number.

But enough about that. The surf at Uppers is 4 to 6 feet, and the tide’s dropping. See you out there.