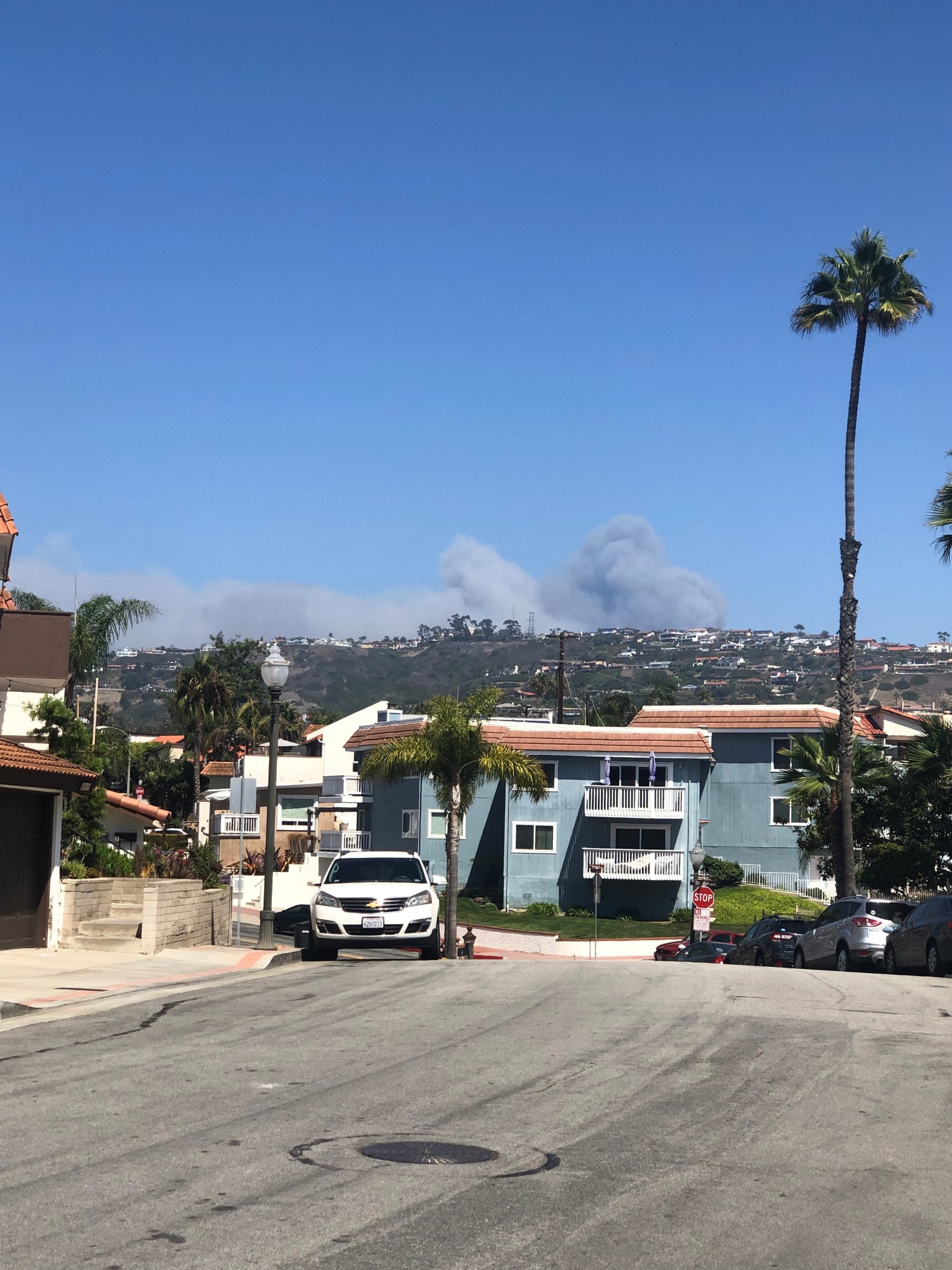 Featured Photo: Thick smoke from the Chaparral Fire in the Cleveland National Forest can be seen from San Clemente on Saturday afternoon, Aug. 28. Photo: Norb Garrett

A wildland fire burning in the Cleveland National Forest can be seen by the surrounding communities including South Orange County on Saturday afternoon, Aug. 28.

According to tweets from the Orange County Fire Authority, the Chaparral Fire, which is occurring in Riverside County, is creating a large plume of smoke, prompting multiple calls to the department. OCFA said that there is no need for Orange County residents to evacuate.

The #ChaparralFire is the one causing residents in South OC to see the large smoke column. The fire currently is not a threat to OC and no residents of OC need to evacuate.

“The #ChaparralFire is the one causing residents in South OC to see the large smoke column,” OCFA said on Twitter. “The fire is currently not a threat to OC and no residents of OC need to evacuate.”

Cal Fire’s Riverside County Fire Department said the Chaparral Fire that started at around 12:38 p.m. on Tenaja Road and Cleveland Forrest Road has so far burned 20 to 25 acres of land.

“Multiple air and ground resources are on scene,” Cal Fire said in an incident fact sheet.

In a tweet from Camp Pendleton, the Marine Corps said the fire is not located within the base.