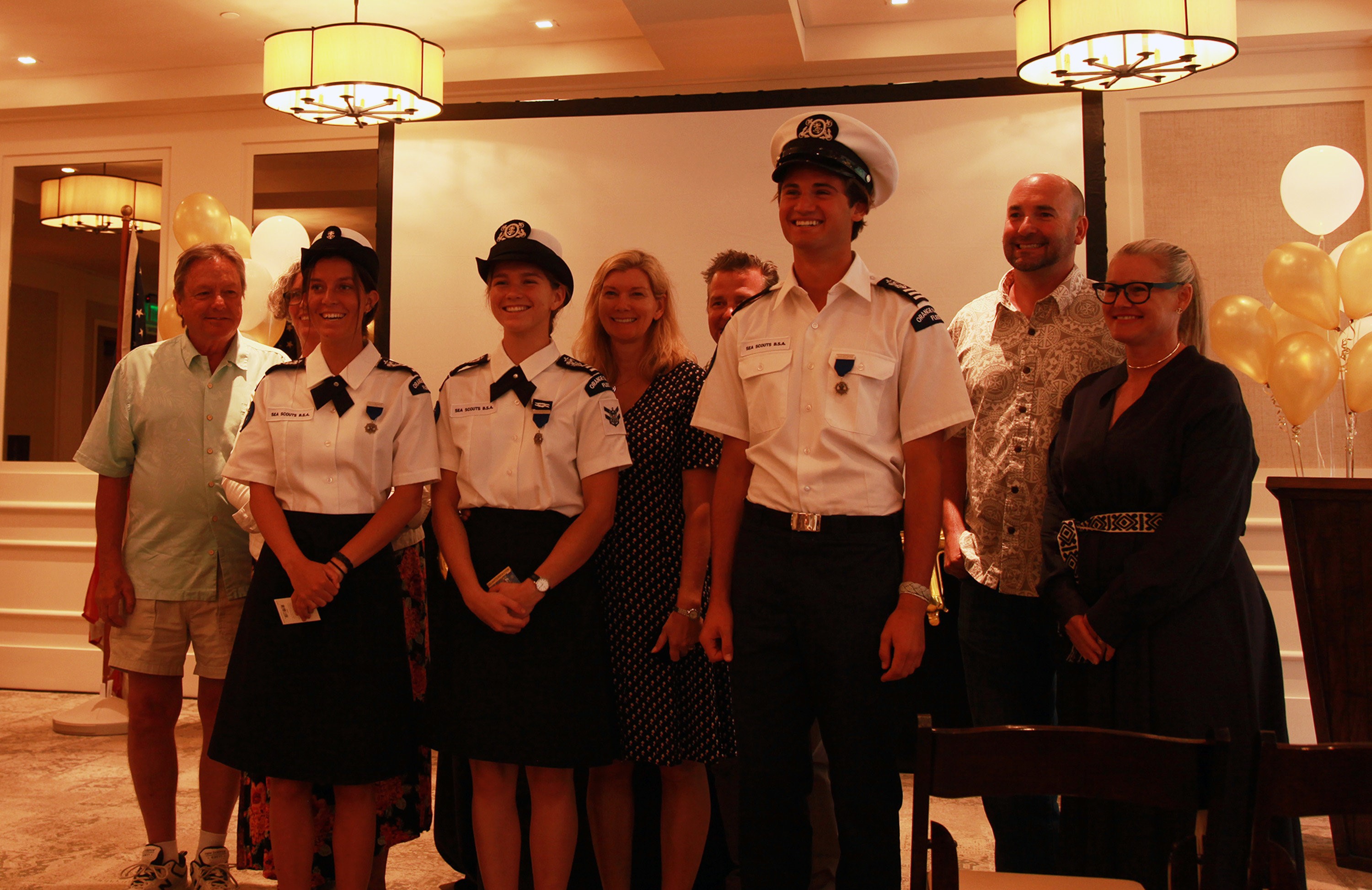 After years of passing through the advancement ranks of Sea Scouting from Apprentice to Able Seamen, three local residents—Mabel Keeler of San Juan Capistrano, Lily Gebauer of San Clemente and Kaden Caliendo of Dana Point—were recently awarded the prestigious rank of Quartermaster.

The formal ceremony took place at The Ranch at Laguna Beach in the presence of the Sea Scouts from the Mariners of Dana Harbor, the youths’ parents, families and friends. Linda Poullier and Jim Wehan, adult advisors in the program, spoke of the many leadership roles these young adults have played over the four years and the inspiration they are to the younger members in the program.

The avid boaters and leaders have taught sailing, led teams in competition and directed the unit’s outreach program in other causes, including building homes in Tecate, Mexico.

Gebauer began boot camp with the U.S. Navy this summer. Due to her Sea Scout Quartermaster rank, she has enlisted with the immediate rank advancement of two pay grades. Gebauer plans to begin college in several years with the full financial support of the Navy. Keeler has enrolled to begin classes at Saddleback College in the fall and will pursue a career in nursing. Caliendo will attend California Polytechnic State University and plans to major in Environmental Engineering.
Based at the OC Sailing & Event Center in Dana Harbor, the Mariners are a youth-led organization of 70 members, aged 14 through 18 years old. Younger members, aged 12 and 13, are known as Mariner Juniors. The program, led by Skipper Jim Wehan for the past 42 years, emphasizes excellence in leadership, teamwork and maritime skills for both recreational and vocational purposes. For more information about the program, visit mariners936.com.