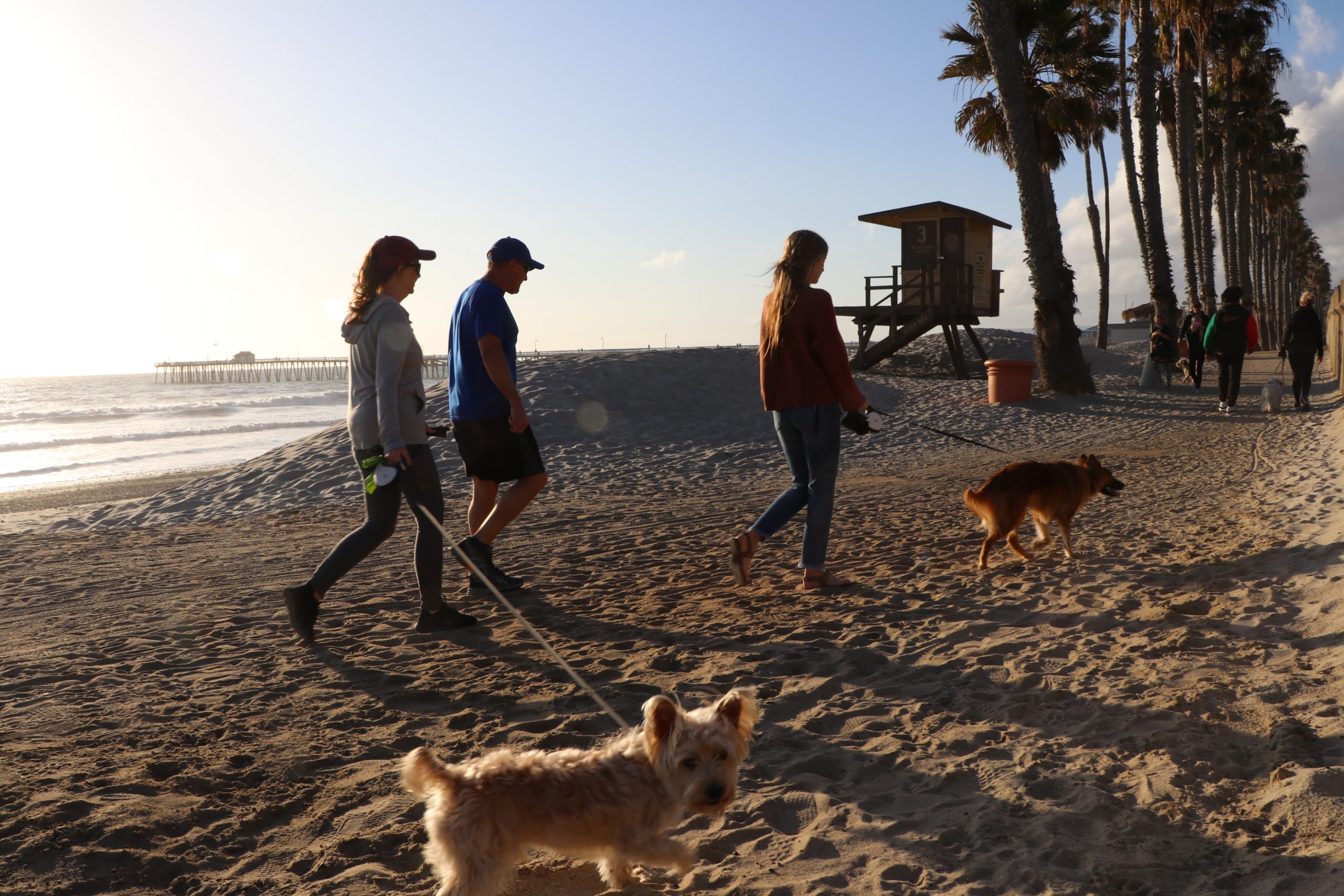 A portion of San Clemente’s beach could potentially be turned into a temporary haven for dog owners and their furry companions, as the city council is slated next week to consider a proposal to initiate a one-year pilot program for a dog beach.

Councilmember Steven Knoblock, the proposal’s architect, intends to introduce a resolution to the city council during its March 16 meeting that would designate the space roughly between the Dije Court and El Portal stair access points as a San Clemente Dog Beach.

“The city has been toying with the issue for probably 30 years, and at the rate that government sometimes moves, I thought it would be good to initiate a pilot program instead of waiting for the normal bureaucracy to play out,” Knoblock said of the city’s long history of considering allowing dogs on San Clemente’s beaches.

The resolution, if passed by the council, would allow San Clemente’s roughly 16,000 dog owners to utilize the space with their pets, while also imposing requirements that dogs must remain on leashes and owners must pick up after their pets.

Another provision would prohibit dogs that have been designated as dangerous by Animal Control Services or similar agencies from accessing the beach.

At the end of the pilot program, the head of the city’s Beaches, Parks and Recreation Department would be required to present to the council a report on the results, the efficacy and the community’s response.

“I think what would make it successful is a majority of our people who own dogs would have access to the beach and enjoy the beach,” Knoblock said of his hopes for his proposed program. “What would success be? San Clemente residents enjoying the beach with their pets, and I’m confident it will be successful.”

Knoblock explained that he specifically chose the stretch from Dije Court to El Portal, because it’s an area where there are a lot of rocks and, therefore, not a lot of towel space for lounging beachgoers. It’s also far enough away from children’s playgrounds, he said.

One issue that dog owners are likely to confront when looking to visit the area, he noted, is parts of it are oftentimes not accessible because of changing tides.

Over the years, the city of San Clemente has had a bit of an embattled history with dogs and public spaces. Prior to 2002, dogs weren’t allowed in any of the city’s parks, the Orange County Register reported.

The topic of allowing dogs in the parks had come up four times between 1989 and 2002, with the first three attempts falling flat. However, with the council’s approval in 2002, dogs on leashes were granted access to the Mira Costa and Verde parks on a trial basis.

Eventually, the city made that decision permanent, and in 2003, it opened the San Clemente Dog Park on Avenida La Pata. And while dogs are also allowed on the Beach Trail, the beaches themselves are still off-limits to them, despite a handful of previous considerations to change the rules.

Most recently, in 2016, the Beaches, Parks and Recreation (BPR) Commission voted, 6-1, in favor of directing staff to look into a proposal establishing certain hours during the wintertime when dogs could be on the beach.

During that meeting, BPR commissioners heard from a divided public, some of whom were vehemently opposed to the idea of dogs on the beach and some staunchly in favor of opening access during certain hours.

Those opposed cited concerns of irresponsible dog owners leaving their pets’ messes behind, also pointing to the width of the beaches being too narrow to adequately accommodate both beachgoers and pets—a sticking point that had derailed a previous pilot program in 2012.

The city council at that time reportedly rejected the pilot program because of the sand erosion the city’s beaches were experiencing, though leaving open the possibility to revisit the matter depending on whether the beaches were replenished with sand.

Noting that all of those previous attempts had gone nowhere, Knoblock explained that he wanted to revive the topic based on personal conversations he’s had with several residents.

Multiple dog owners who were interviewed by San Clemente Times along the Beach Trail on Tuesday, March 9, expressed excitement at the idea of a San Clemente Dog Beach.

“There’s so many dogs around here that the lifeguards are constantly calling dogs off the beach,” McKellips, 25, said, adding: “If there’s a designated area we can all enjoy with the dogs—Rusty loves water, and he’d absolutely love having a place in the ocean close to home.”

Asked whether dog owners not picking up after their pets would likely be an issue, McKellips acknowledged that there are some who have shown a lack of respect for others and the amenities, but he believes there are far more responsible pet owners than irresponsible ones.

“This town generally has respectful people that have respect for each other and the beaches that we have here,” he said. “So, I’d like to think, in a positive perspective, it’d be fine.”

As of this posting, Samantha Wylie, the city’s recreation manager had not responded to a request seeking comment, and BPR Commission Chair Steve Streger was not available to provide a statement.