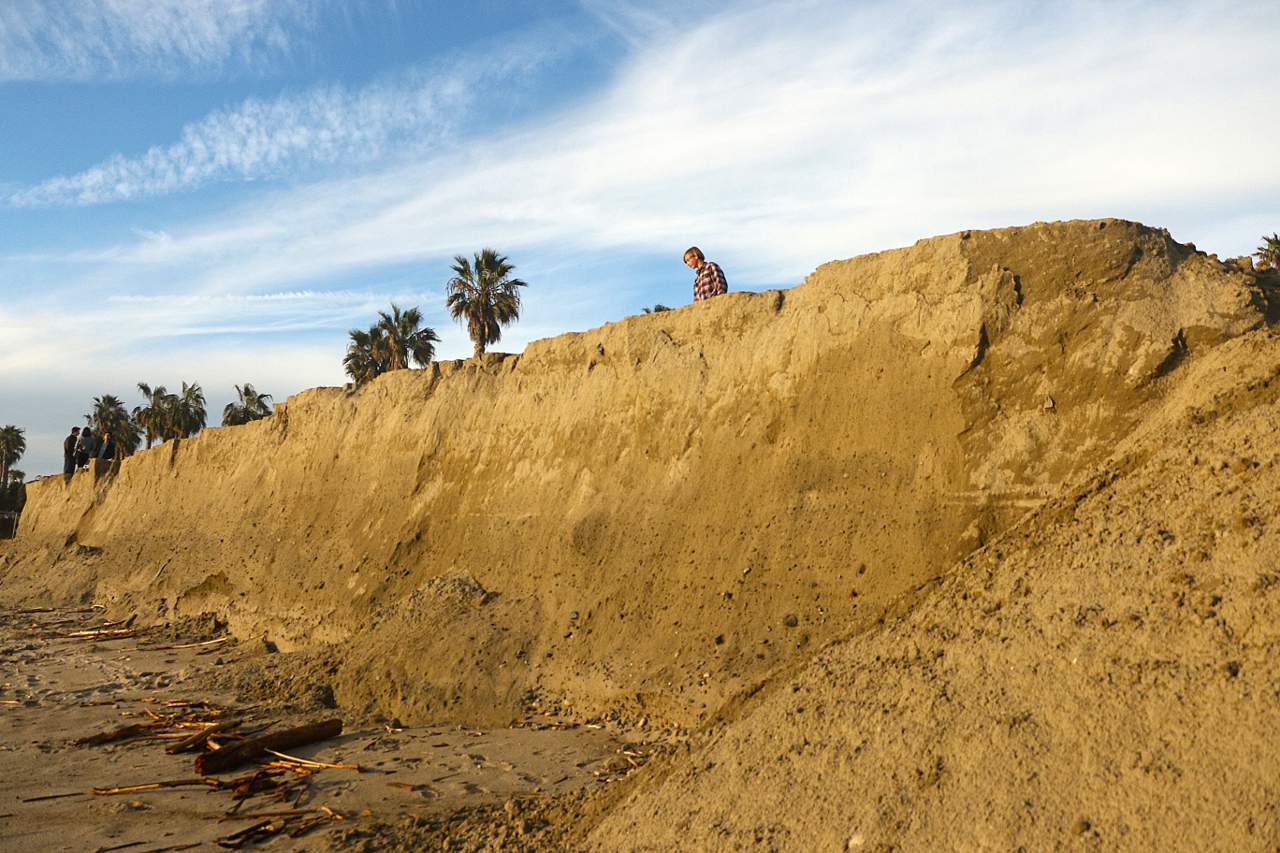 Causes for sea levels rising are still widely debated, but the levels are rising, according to multiple reports from the U.S. Geological Survey and the California Ocean Protection Council.

The coastline is San Clemente’s greatest asset. Tourists spend money in town to be near it, nonprofit organizations spend millions of dollars trying to keep it clean and protect it, and the heritage of surfing is vital to the city’s and surrounding areas’ economies.

Earlier this year, the city of San Clemente was approved for a $135,000 grant to conduct a sea level rise assessment and vulnerability study through the California Coastal Commission.

The sea level rise study began a couple of months ago and will continue for the next year to 15 months, which is being conducted by Moffatt and Nichol and McCabe & Co. The study is likely to then become part of the city’s Coastal Land Use Plan (CLUP) amendment. The grant for the study terminates in February 2019.

Another public meeting of the study’s draft will take place in the near future depending on what is found and what scientific findings are published.

Holloway said a lot of the communities his firm is working with are grappling with these issues.

The difference with the current San Clemente CLUP is the inclusion of the sea level rise study, and information could change during the time when the study is implemented to the land use plan. The study will identify key thresholds of San Clemente’s coast and the vulnerable areas, when the sea levels are expected to rise.

Beach erosion, which was at the top of the list of hazards described by Holloway, is most likely going to be affected by sea level rise. Blemker said the study is expected to include a U.S. Army Corps of Engineers 50-year coastal damage reduction report.

“Today there’s a lot of development between the ocean, particularly the railroads, and the bluffs in the active coastal zone,” Holloway said, adding the rise in sea levels could have a significant impact to that development.

Living in a subdivision right up against the coastline, a Capistrano Shores homeowner won a lawsuit last year against the Coastal Commission that allowed property owners to replace their mobile homes without disturbing the surrounding land. The victory allowed the homeowner to repair the retaining walls that protect the subdivision’s dwellings.

Components of sea level rising
Holloway said sediment coming from watersheds and other areas is likely going to decrease without heavy rainfall and increased development.

“Beach erosion is a key topic; there are many causes that can cause beach erosion,” Holloway said. “Chronic erosion can occur during nice, sunny weather conditions. An example of that is the lack of sediment entering the system. There haven’t been a lot of floods through San Juan Creek that discharge all this sediment to the coastal zone…which helps maintain sandy beaches in San Clemente.”

Seasonal erosion occurs to help bring sand back, but with higher wave action, the sand would be pushed high and toward the land. In late 2016 to early 2017, the city brought in 12,000 cubic yards of sand from the Santa Ana River bed to North Beach, but much of it was lost to high tides and large winter swells.

“Recreational beaches are going to be squeezed (with sea level rise),” Holloway said, adding the bluffs where there is development should not be threatened by rising levels unless the city’s protection efforts aren’t sufficient or sea levels rise more than anticipated.
“We’re starting to get a handle on the variables and what’s at risk, and we’ll be working on those variables throughout the study,” Blemker said, adding there will be several plans that will examine shorter timelines than 2100. “That year is not that specific, so we’re going to focus on what happens with one or two feet of sea level rise.”

How the city will go about protecting its coastlines will be revealed in proposals from the study and assessments by city staff.

“Once (Holloway) and his team are done with their draft sea level rise and vulnerability assessment, we will utilize that for draft strategies and policies that will be embedded within the (CLUP),” Blemker said.

The study results are intended to “build resilience in the community so the city is prepared to handle the risks associated with sea level rise,” Blemker said.

Blemker said that as more information is updated throughout the study, there will be public meetings that address the adjustments in the best available data.

“We want to make it clear that the sea level rise study that we’re undertaking right now is the first of what will likely be multiple iterations in the future because it is an emerging science,” Blemker said. “New data of those pieces of information will be reviewed and considered, and a determination will be made as to whether they will have an effect on San Clemente.”
Coastal Land Use Plans are required by the Coastal Act for each city that has land within the coastal zone, which is defined as land roughly 1,000 feet from the coastline.

The city’s original CLUP public hearing was extended by the Coastal Commission in early 2017, according to city documents. The Coastal Commission is scheduled to review and take action on the city’s plan, whether it approves or denies it, by Feb. 13. The study would be added to the plan and then would go before the Commission for additional consideration.

Feb. 13, 2018 is the current deadline for the California Coastal Commission action.

The U.S. Geological Survey published a study earlier this year that predicts coastal flooding across the country will occur more frequently in the decades to come.