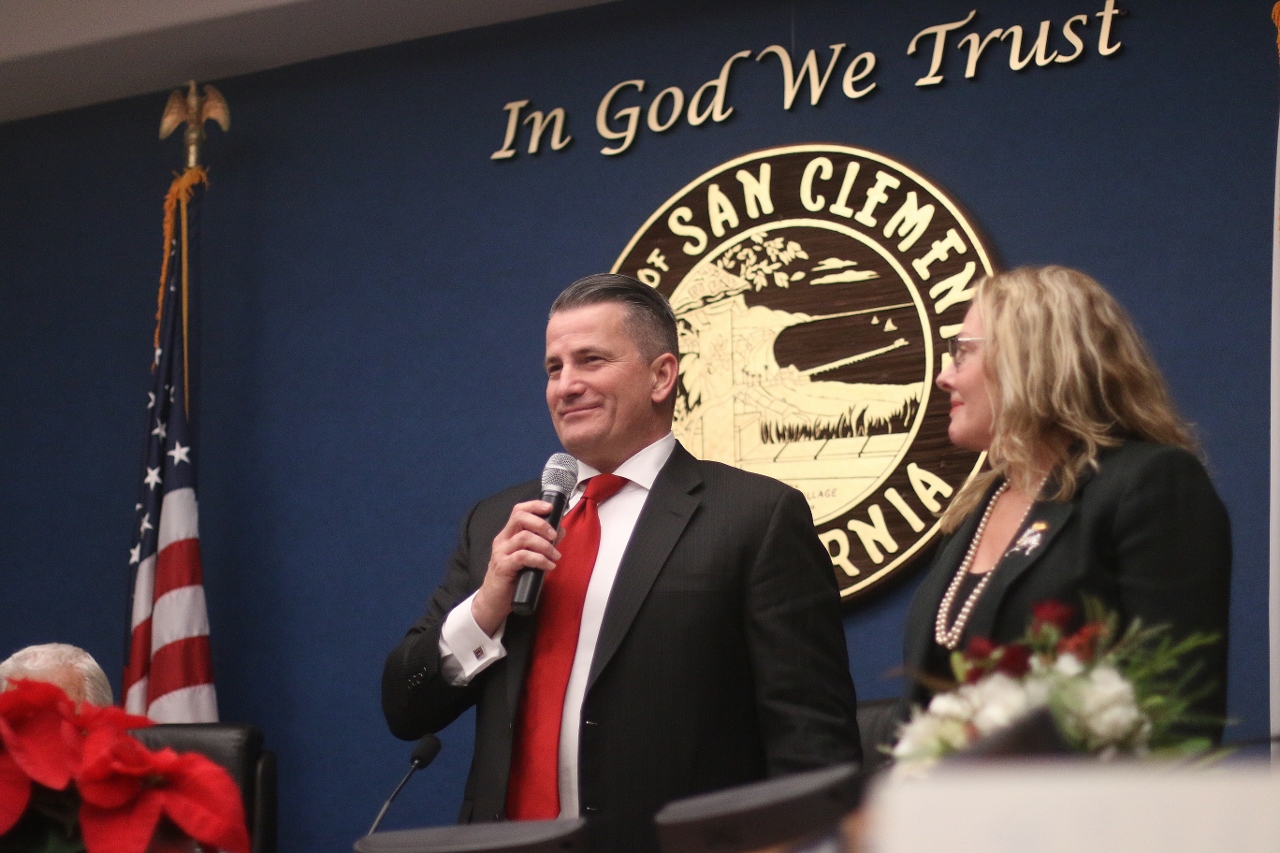 At the Dec. 5 City Council meeting, Tim Brown was selected as the new San Clemente mayor and will lead the city through 2018. This will be Brown’s second term as mayor, having served his first in 2014.
“With our 90th birthday this year, I can’t think of someone better to usher that in and celebrate with the residents,” said outgoing Mayor Kathy Ward.

Brown has served in a number of capacities since being elected to City Council in 2010, most notably as the vice chairman of the Community Engagement Panel, a public forum board that discusses issues related to the decommissioning of SONGS. His City Council term ends in 2018.

Council member Chris Hamm, who was mayor in 2015, was selected as the mayor pro tem.

Amid some confusion, Steve Swartz was initially selected as mayor pro tem, but having reconsidered, Swartz said he was humbled to have been selected, but wanted another year as a Council member before stepping into the mayor pro tem role. Since 1987, the San Clemente City Council has chosen the mayor pro tem as the next mayor except for four times.

Ward, who now resumes her role as a City Council member, was celebrated for her efforts in trying to stop the current toll road proposals through San Clemente, a theme throughout her term. Several community members spoke about Ward’s term with appreciation for her work during 2017.

Brown’s term started at the Dec. 5 City Council meeting. City Council in San Clemente has close to the same authority across the board with the mayor serving as a master of ceremonies.