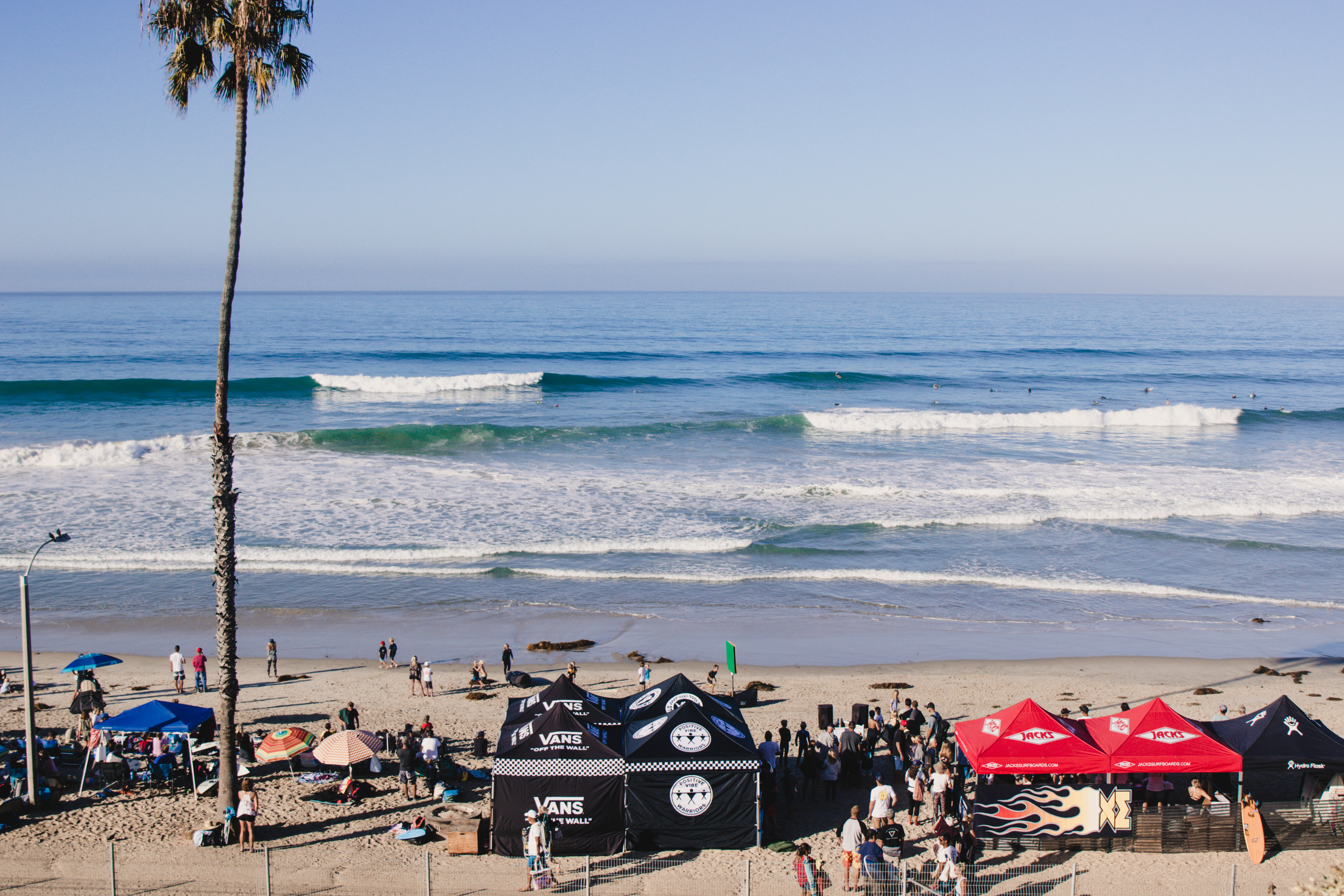 Time to Get Stoked Again

“It’s already here?!” my daughter exclaimed when I told her that this Saturday is the annual Gudauskas brothers’ Stoke-O-Rama at T Street in San Clemente.

For the past eight years, Dane, Patrick and Tanner Gudauskas’ foundation, The Positive Vibe Warriors, has been hosting the free contest for kids, and every year it just seems to be more and more fun.

“It’s hard to believe it’s been that long; it’s just flown by,” Dane said, when San Clemente Times recently caught up with him. “It seems that the first one was just last year. It’s a real honor to be able to do this every year and have the support of so many great families and friends.”

The brothers’ initial goal for the Stoke-O-Rama nearly a decade ago was to give the kids in their hometown community something fun and free that celebrated the spirit of surfing and gave all of the local kids a chance to compete without any pressure.

The program was an immediate success and has since grown into surf contests in other beach towns, including Huntington Beach, Manasquan Inlet in New Jersey, and Makaha in Hawaii.

All of the Stoke-O-Rama contests are free to enter, but thanks to the support of sponsors such as Vans and other fundraising efforts, the Gudauskas boys are able to donate funds to local charities that are endeavoring to make the ocean a better, safer place to surf.

At the Stoke-O-Rama in Huntington Beach earlier this year, the brothers donated money to the Ben Carlson Foundation, which was founded in the name of the late Newport Beach lifeguard who tragically lost his life in the line of duty.

After his passing in 2014, friends and fellow lifeguards established the Ben Carlson Foundation in his memory. It provides scholarship opportunities to aspiring lifeguards and helps fund water safety courses.

And for five years now, the Gudauskas brothers have written sizable checks supporting the San Clemente Lifeguard and Junior Lifeguard Foundation. Last year, they were able to donate $10,000 to the program, which made them its biggest benefactor.

“It’s really amazing what the Gudauskas brothers do for the Junior Lifeguard Program and how much they support it. We are forever grateful for what they do,” said Greg Hulsizer, who helps run the San Clemente Lifeguard and Junior Lifeguard Foundation. “Their commitment to local communities, water safety and the power of positive thinking have really impacted not only our town here in San Clemente, but it really does reach around the world to surfing communities all over the globe.”

This year’s incarnation of the Stoke-O-Rama at T Street looks to be even bigger and better than the last. Sign-ups are capped at 120 competitors, and the contest already filled up a couple of weeks ago. In fact, it’s so popular that it filled up in fewer than 30 minutes. But that doesn’t mean there isn’t a little something going on for everyone this year.

To further incorporate the San Clemente Junior Lifeguards, this year the Gudauskas boys have invited the department to come down to the beach and run the traditional lifeguard beach games. After all, who better than a junior lifeguard instructor to run a game of flags? They will also have a booth on the beach that will offer educational opportunities for kids and parents alike to ensure that their time at the beach is both fun and safe.

And because this year’s contest is so close to Halloween, a costume contest on the beach is a must. At lunchtime, everyone is invited to come down in their favorite costume and get in the spirit. Prizes will be given out for the best costumes during the awards ceremony at the end of the day.

“It’s going to be so much fun! We absolutely can’t wait! There’s so much good stuff happening, and it’s going to be a great day,” Dane enthused. “Our relationship with the junior lifeguards is so special, and we’re pumped to take it to the next level. And a costume contest on the beach, are you kidding? It doesn’t get any better than that.”

Last year’s Stoke-O-Rama at T Street was blessed (or cursed, depending on how big you are) with a sizable, late-season south swell. According to Surfline, the wave this weekend won’t be quite as ferocious. A moderate southwest swell is expected that will bring wave heights into the waist- to shoulder-high range.

And one more thing is going to make this year extra special. Last month, Patrick Gudauskas and his wife, Hanalei, welcomed their first child, Canyon Sun, into the world—so this will be his first Stoke-O-Rama as a parent.

Like Dane said, this is going to be so much fun!