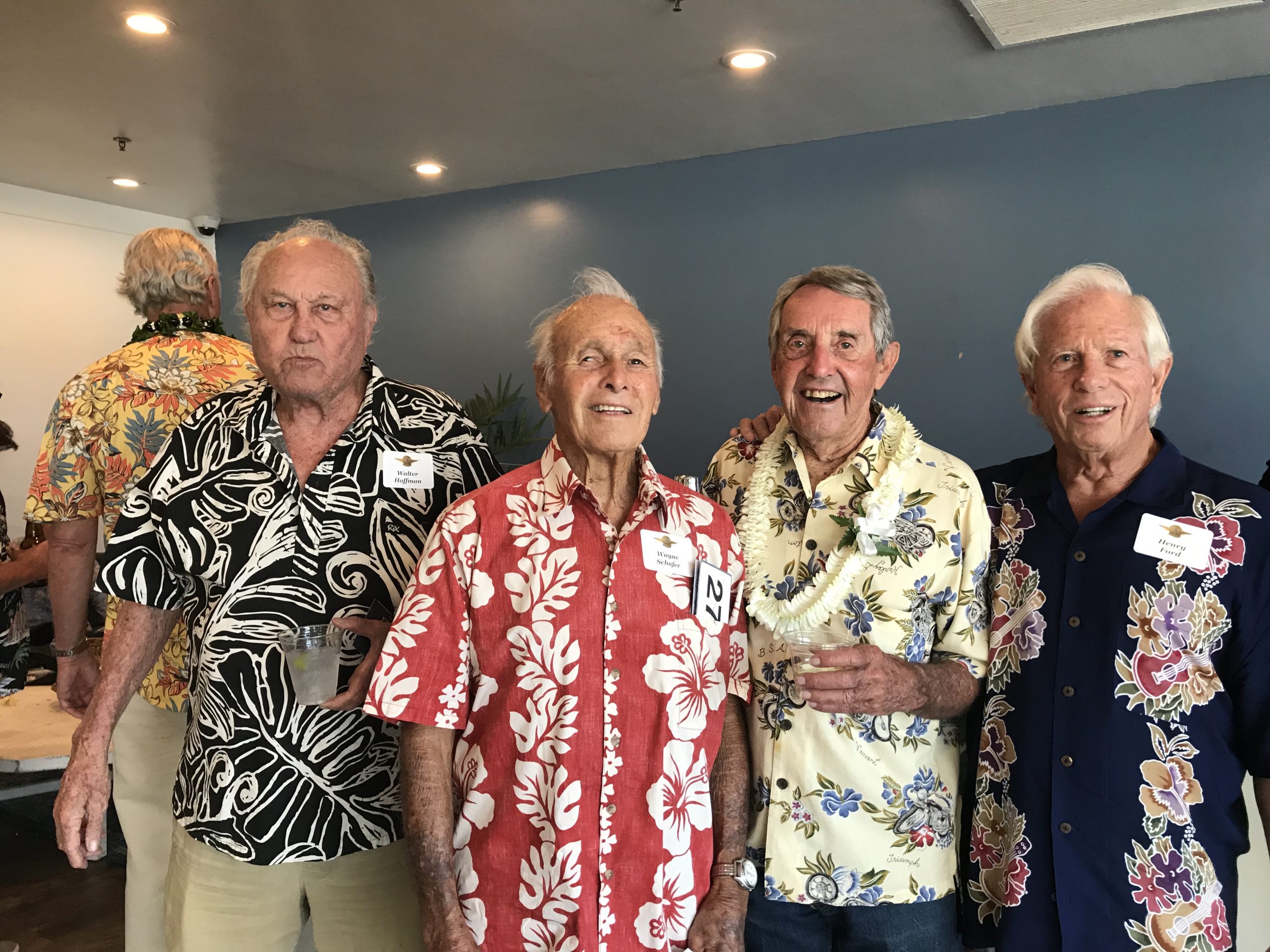 Trying my best to avoid crowds through the pandemic surf rush over the past year, I’ve found myself paddling out at Poche more than ever before. Often forgotten, it’s a great place to sneak in a quick session. And I enjoy the nostalgia of the place.

Before Wayne Penn-Schafer passed away last year, he’d explained how he’d bought his Beach Road lot on the sand in 1956 for $5,000. Not long after, he helped facilitate the sale of the property to brothers Walter and Flippy Hoffman.

Unfortunately, Wayne and Flippy are no longer with us, but Walter’s still around, and every time I surf out at Poche, I’m reminded of what a profound impact the Hoffman family has had—and continues to have—in surfing.

After serving in World War I, Rube Hoffman, who spent his formative years working in New York City’s Garment District, landed in Los Angeles. Seeing an opportunity to stake a claim in the burgeoning textile business, he started Hoffman California Fabrics in downtown L.A. in 1924.

In 1931, Rube’s second son, Walter, was born. (Older brother Philip, nicknamed Flippy, had come kicking and screaming into the world the previous year.) Growing up along the California coast at marquee surf spots such as Malibu and San Onofre, the allure of the ocean called to the boys early.

In 1951, Walter enlisted in the Navy, where he was stationed at Pearl Harbor. The beatific dream of living in Hawaii, the birthplace of surfing, had been realized. He served his time in the military but spent just as much time surfing around Waikiki and over at the ominous big-wave break of Makaha on the west side of Oahu.

As the war concluded, there were excess lifeboats on the base in Pearl Harbor.

Constructed out of balsa wood—the optimal material for building surfboards at the time—Walter and a couple of industrious friends were able to acquire a number of these boats and use the buoyant, lightweight wood to build boards, which they’d sell to friends and locals around Waikiki, essentially funding their lifestyle.

Flippy soon joined his brother on the islands, and after the war, the two stayed in Hawaii, where they were among some of the first generation of big-wave pioneers on the iconic North Shore. True watermen, when the waves were up, they surfed. When the waves were down, they dove and fished and made surfboards.

By the late ’50s, the Hoffman brothers were back in California and running the family business—albeit with a much more surfy, Polynesian sensibility.

One day, Walter was in Laguna Beach surfing, when a young kid approached him and asked if he could try out his board. The kid’s name: Hobie Alter. The two formed a fast friendship, and in the ensuing years, Alter would go on to create Hobie Surfboards.

It was in their idyllic, waterfront neighborhood in Capo Beach where the “surf industry,” as it is referred to today, was largely born.

Then there were Walter and Flippy, who through Hoffman California Fabrics, provided a vast majority of the textiles for the new surf companies that were springing up.

From their aloha-inspired prints, to hand-dyed and batik fabrics, all the way down to Tom Selleck’s famous Hawaiian shirt in the hit TV show, Magnum P.I., they did it all.

Now, for almost a century, Walter, his family and the team at Hoffman California Fabrics continue to bring beauty, artistry, creativity and imagination to their textiles. And with their feet firmly planted in the sand, they’ve never wavered from their vision or the lifestyle that helped create it.