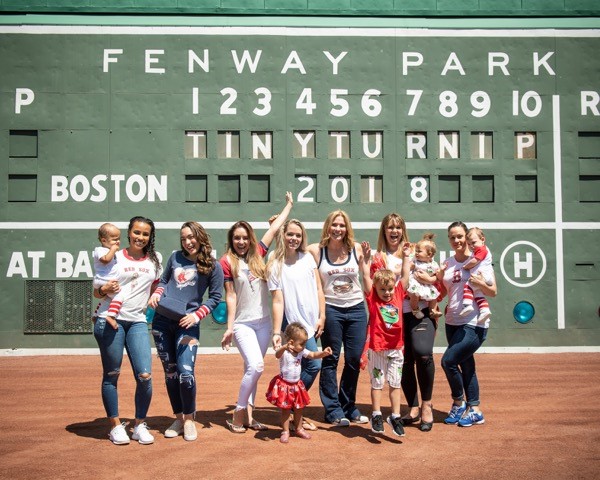 It’s not one of the numerous local players or residents, but a local business that’s headed to the big leagues.

Tiny Turnip is a San Clemente clothing brand that has been newly licensed by MLB to create a line of children and women’s apparel.

Rachel Luzi, a San Clemente resident, is the founder and designer of Tiny Turnip. Luzi hand paints all the artwork used on the apparel and runs the storefront and design studio for Tiny Turnip at 420 N. El Camino Real in San Clemente.

After years of art school and a career in design and freelancing, Luzi opened Tiny Turnip in 2003.

The name was chosen because, unlike the ubiquitous vegetables of peas and carrots, a turnip is “rare, distinctive and unique,” according to the company’s website. The Tiny Turnip mission is to provide unique products and exceptional services and stand out.

Tiny Turnip recently launched a new Boston Red Sox line of clothing alongside being licensed with all 30 MLB teams. To celebrate the launch, the wives and children of the Red Sox did a photoshoot. The Red Sox’s wives have been on the Tiny Turnip train for a while with praise in a 2013 Boston Herald article.

“It has also provided a platform for the wives of athletes to be creative, connect with the other wives and build community between them.”

Fans and patrons can visit the Tiny Turnip storefront and schedule a design session to create their own unique apparel.