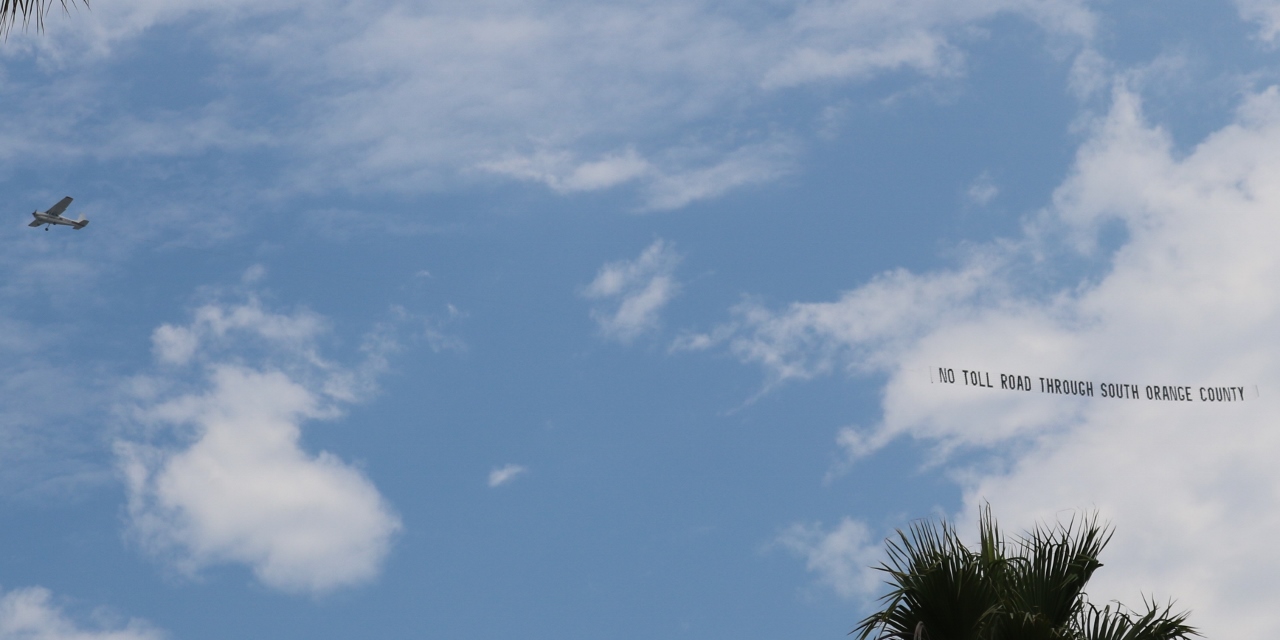 Rep. Darrell Issa, R-Vista, sent a letter to Mike Kraman, the CEO of the Transportation Corridor Agencies (TCA), on Friday, July 7, that stated his opposition to any toll road construction in the area.

“While recent proposals may be well-intentioned to help ease traffic congestion on a notoriously packed section of I-5, the routes proposed today would effectively divide several of our cherished local communities while threatening to create additional traffic congestion on key thoroughfares,” Issa stated in his letter. “If allowed to move forward, the proposed routes risk destroying the very character of the communities that have drawn so many of us to call this area our home.”

Issa has said at public forums in the past that the toll roads are a state or local issue, and that his focus is primarily with federal issues. A growing contingency of locals have reached out to Issa to use whatever power he has to stop any toll road from being built near or through San Clemente.

“After hearing numerous concerns from city officials and residents who would be impacted if a toll road extension was routed through their community, I cannot support any of these proposals and respectfully request that TCA return to the drawing board and find more desirable solutions to reduce traffic congestion in South Orange County,” Issa stated in his letter.

Since last year, the TCA has hosted public forums and outreach to better understand what people who live in the area would like to see in order to alleviate traffic congestion along Interstate 5, which typically becomes stagnant on weekends and rush hour.

From these forums, the TCA constructed 18 proposals, some of which would go straight through San Clemente or near possibly environmentally sensitive areas.

At its last forum on June 5, TCA officials said they hope to have a record of decision on the project by 2022.

Ed Sachs, chairman of the Foothill/Eastern Transportation Corridor Agency and mayor pro tem of Mission Viejo, sent a letter in response to Issa on July 12.

In the letter, Sachs cited Orange County Transportation Authority’s traffic projections will “face a significant increase in traffic unless something is done” to provide such relief.
Rancho Mission Viejo, which is slated to build 14,000 new homes, will also be a factor when tens of thousands of vehicles could pour onto the highways, Sachs said.

Also, Sachs said due to San Clemente’s hospital closing, the residents of the southernmost part of the county will need ample access to its nearest hospital, which, depending on where they live, would be Mission Hospitals in Laguna Beach or Mission Viejo.

“Working with our regional transportation partners, we have embarked on a multi-year outreach effort to obtain ideas from the public for traffic relief solutions,” Sachs wrote. “Some of these ideas may have merit and some may not. Over the next few years, these ideas will be analyzed using not only metrics and data for traffic relief and environmental impacts, but also technically evaluated for impacts and benefits to neighborhoods, schools and parks with each alternative that is studied.”

Sachs also said it was “unfortunate that some have chosen to spread misinformation about the public’s ideas” regarding the toll road proposals.

“These roads do not divide nor do they destroy the character of our communities, but rather, they serve as conduits that literally connect us,” Sachs said. “In fact, I respectfully believe traffic, not roads, truly divide out communities.”

During Ocean Festival last weekend, members of the Coalition to Save San Clemente, which has raised funds in order to oppose any roads but instead look for alternative solutions, manned a booth at the top of the bluff near Parque del Mar. A small plane circled the festivities with a banner that read, “No Toll Road Through San Clemente” attached to the back of it.