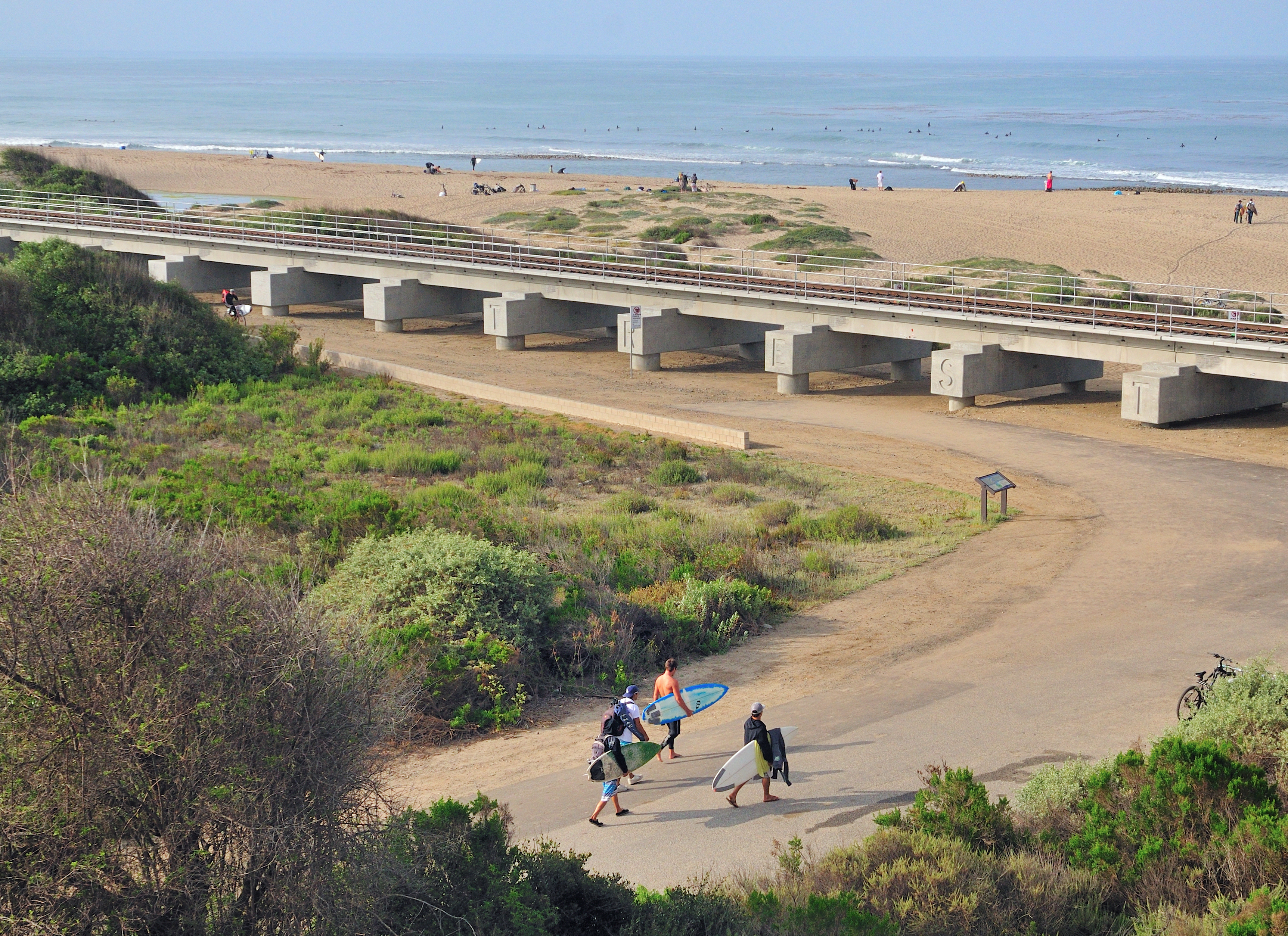 The chest of crown jewels overflows in San Clemente, and people go to great lengths to protect them.

One of the largest of the treasures, Trestles surfing area at San Onofre State Park, has been fought over for decades, if not longer.

Since the idea of putting a toll road through Trestles was envisioned in the early and mid-2000s, multiple environmental, recreational and governmental agencies have weighed in on the land, which is currently leased to the California State Parks by the U.S. Department of the Navy until at least 2021.

The plans of The Toll Road administrators, the Transportation Corridor Agencies (TCA), are to construct a toll road to extend its 241 route and connect to I-5 as well as other traffic relief options in South Orange County. Those proposals include options to build the highway through the middle of San Clemente as well as possible expansions of lanes on I-5.

The meeting was hosted by the Surfrider Foundation and Orange County Coastkeeper, both of which are members of the Save San Onofre Coalition (SSOC), a faction of 12 nonprofit organizations. The meeting allowed members of the public to discuss some of the issues surrounding the area. The two organizations are heavily active in ocean water protection efforts.

About 50 people gathered on Aug. 30 San Clemente Community Center for the meeting.

The city’s lawsuit was filed an effort to nullify the protection agreement, which include areas of the San Mateo Campground and lands within the San Onofre State Park as well as Trestles. In theory, this would give the TCA more options for a toll road rather than the proposals now being studied that include constructing the road through the middle of San Clemente.

The Reserve’s lawsuit seeks to require the TCA to go through a public process that involves more opportunity and outreach to those who could be affected by toll road construction. It also seeks to nullify the protective agreement as well as the settlement agreement.

Neither the city nor The Reserve wants a toll road through Trestles, either, but they do want to protect the homes currently under duress by the proposed construction.

Marty Benson, the grassroots organizer for the Save San Onofre Coalition, said the meeting will begin with a 20-minute slideshow presentation of the history of these issues and then a question and comment session will take place.

“The premise of The Reserve and SC Council suits is to protect San Clemente, but none of the remedies these suits seek would do anything to prohibit a toll road through San Clemente.  They would only invalidate the protections we secured for San Onofre,” Benson stated in a follow-up email.

Benson has been working to gather signatures for support petitions, going door-to-door to discuss SSOC’s position on the matter and setting up public presentations.

According to the settlement agreement, SSOC members are prohibited from commenting on or opposing any toll roads proposed to be built outside of the protective area.

Part of the settlement agreement was that the TCA would set aside $28 million fund for mitigation, habitat revitalization and environmental efforts. The projects the fund would be used for must be approved by the 12 nonprofit members of the SSOC as well as state and federal agencies.

“There’s been confusion about this and it’s pitted natural allies against each other,” Benson said. “I think that when all the facts are laid out on the table, a lot of people will be given the opportunity to link arms.”

Benson said he thinks it will be beneficial to have dozens of people sharing their viewpoints in a forum to address these issues.

“There are so many contentious and important issues around San Onofre these days, whether that’s the lease or the toll roads,” Benson said.

Article updated to clarify the intents of the city’s and The Reserves lawsuits. Article further updated to include emailed statements from Marty Benson.