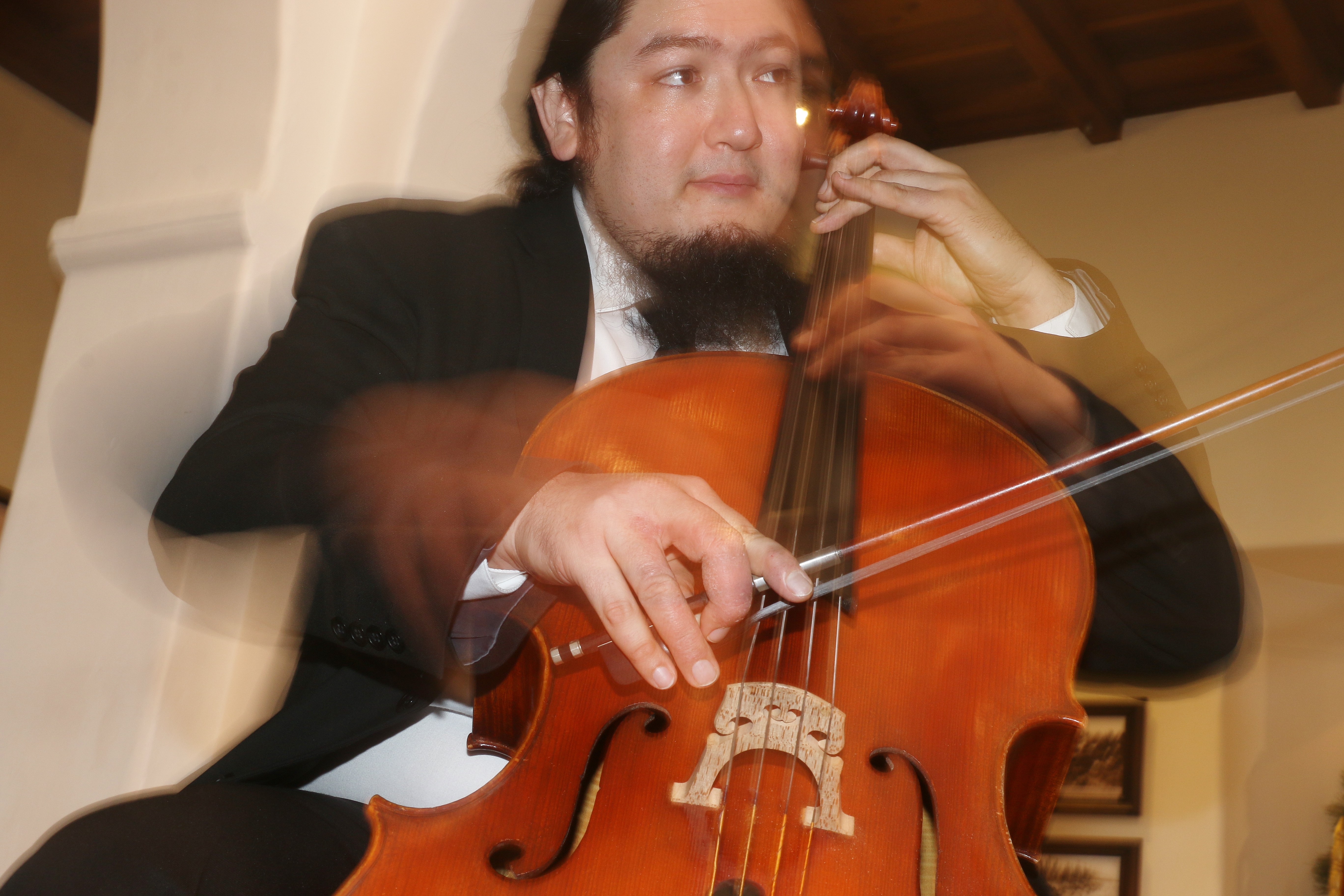 From the Top: San Clemente World-Class Cellist to Play at Casa Romantica

Paul Wiancko started playing cello in his hometown of San Clemente at a young age. Though he was well recognized as a teenager for his talents, becoming a world-class musician took all his focus and energy.

Wiancko now commissions pieces for a variety of artists and media, and he has performed with popular musicians as well as famous string quartets.

Wiancko is returning to San Clemente on Jan. 26 to play a solo recital at Casa Romantica, which will feature chamber music and other classics.

Growing up in San Clemente

“From my perspective, I think I was maybe the only kid who wasn’t out surfing,” Wiancko said.

In high school, Wiancko said he would practice the cello three to four hours a day.

San Clemente was a nurturing environment for Wiancko, and he said his music teachers helped him tremendously as he honed his skills.

“I thought, ‘Oh, god.’ I had to play this romantic melody while looking at a stranger in the face. Something about telling me that, it worked.” —Paul Wiancko, describing his first workshop with cellist Yo-Yo Ma as a teenager.

Wiancko began making albums and recording the backing music to videos around San Clemente. He said he would play with rock bands and artists of various other genres while playing improvisational music in Los Angeles.

“I started when I was 5 years old, and at that point it’s sort of a thing your parents tell you to do, but my mom said I was drawn to the cello just by the sound of it,” he said. “She would have chamber music reading parties at our house. As a baby, I would be sleeping and they would play something really dissonant and I would start crying. Sometimes they would play something beautiful by Mozart, and I would be a happy baby.

“She told me I would gravitate toward the cellists who came,” Wiancko continued. “It suited my personality because it was really mellow.”

Wiancko said he knew becoming great on the cello would be a lifelong endeavor when he was 13 years old and, overwhelmed, wanted to quit playing altogether. But after about two weeks, he said he missed it.

“I was fortunate enough that my parents were OK with that,” Wiancko said. “They wanted me to be happy, so I put the cello away. … I had known cello my whole life, but I wanted to try something different. I just could not bear it any longer. I missed music so much; it’s who I am at this point, so I said I was going to give it all I had.”

Playing in the Big Leagues

Wiancko graduated with degrees in cello performance from the University of Southern California and The Colburn School.

He also did a masters class when he was a teenager with world-renowned cellist Yo-Yo Ma.

“He embarrassed me so badly, I’ll never forget it,” Wiancko said. “He told me to focus, and he said, ‘What are you thinking about when you’re playing this passage?’ And I said I didn’t know, like a typical 15-year-old kid. And he said, ‘You see that girl in the front row? Look at her. Look into her eyes.’ As I looked at her I turned bright red and she turned bright red. He then told me, ‘Play this passage while looking at her.’

“I thought, ‘Oh, god,’” Wiancko said. “I had to play this romantic melody while looking at a stranger in the face. Something about telling me that, it worked.”

Wiancko would perform with Ma again later in his career while at USC. He said he’s spoken to him on a few occasions and sees him as a mentor along with other cellists.

Wiancko also played the song “At Last” with Etta James at the Hollywood Bowl.

After college and living in Los Angeles, he decided to move to New York to pursue his career. Wiancko said moving to New York broadened his horizons for playing cello, and he played with the Grammy Award-winning group The Harlem Quartet for three seasons. He has also performed with groups on The Late Show with Stephen Colbert as well as with Chick Corea, the jazz pianist.

The Thin Line of Excellence

Discerning between good and great musicians can be difficult for those who aren’t listening to a certain genre hours at a time for years.

It’s Wiancko’s motivation to always cultivate his playing skills and to develop into a better musician that fuels his career and performances.

“It’s definitely the drive to continue to improve, which can be completely internal or it can be kind of something that comes from the community or your friends and your mentors,” Wiancko said. “I would say that living in New York, being surrounded by really fantastic musicians—most of my friends are just out-of-this-world good at music—is really inspiring.

“It really kind of gives you a different way of looking at day-to-day life in the way that if you don’t do something today that is productive, maybe it wasn’t the best day, to have a good day means to accomplish something,” Wiancko said. “Somehow I need to be moving forward, whether that be musically or psychologically. My own personal search of where I belong in the musical world never ceases, which can be tiring at certain points where I feel like I have a typical 9-to-5 job, but (that drive) never stops.”

Wiancko said being productive and contemplative is the “best medicine” to getting over a bad day. If he doesn’t get as much done one day, he tries to double his productivity the next.

“I started composing for the first time in my life after I left The Harlem Quartet, which was a whole other world for me,” Wiancko said.

On his website is a song called “Lift,” which Wiancko wrote and composed. It begins with a complex gathering of notes that shoots out of the first measure and transcends over different rhythm.

“I never went to school for composition, so it was kind of a leap of faith to put aside a full-time gig with The Harlem Quartet,” Wiancko said. “We were on the road maybe 10 months out of the year, and it was kind of a dream job. Their string quartet repertoire is second to none. But I felt since I was a kid this need to create my own music. This took a lot of guts; guts I did not have when I was a younger kid.”

Wiancko said playing in a quartet helped with his inspiration, but he needed to fill a void that wasn’t quite met.

“I had a lot of friends who were amazing composers who helped me out,” he said. “I had a few people ask me to compose, and I knew I had to do a really good job. That was my first major classical work, and while I was writing the piece, my father passed away. So this became a dedication to him and his films. Every movement is like a different scene out of every one of his films.”

He said his opening to the song is his own tribute to classical chamber music where the beginning tries to get people’s attention before drifting into more harmonic tunes. Wiancko also plays guitar, bass, some blues harmonica, the theremin and a few other instruments.

Visit www.paulwiancko.com to listen to “Lift” and more of his pieces.

Paul Wiancko will perform at 7 p.m. on Thursday, Jan. 26, at Casa Romantica. Tickets are $20 for members and $25 for non-members. Click here to purchase tickets.