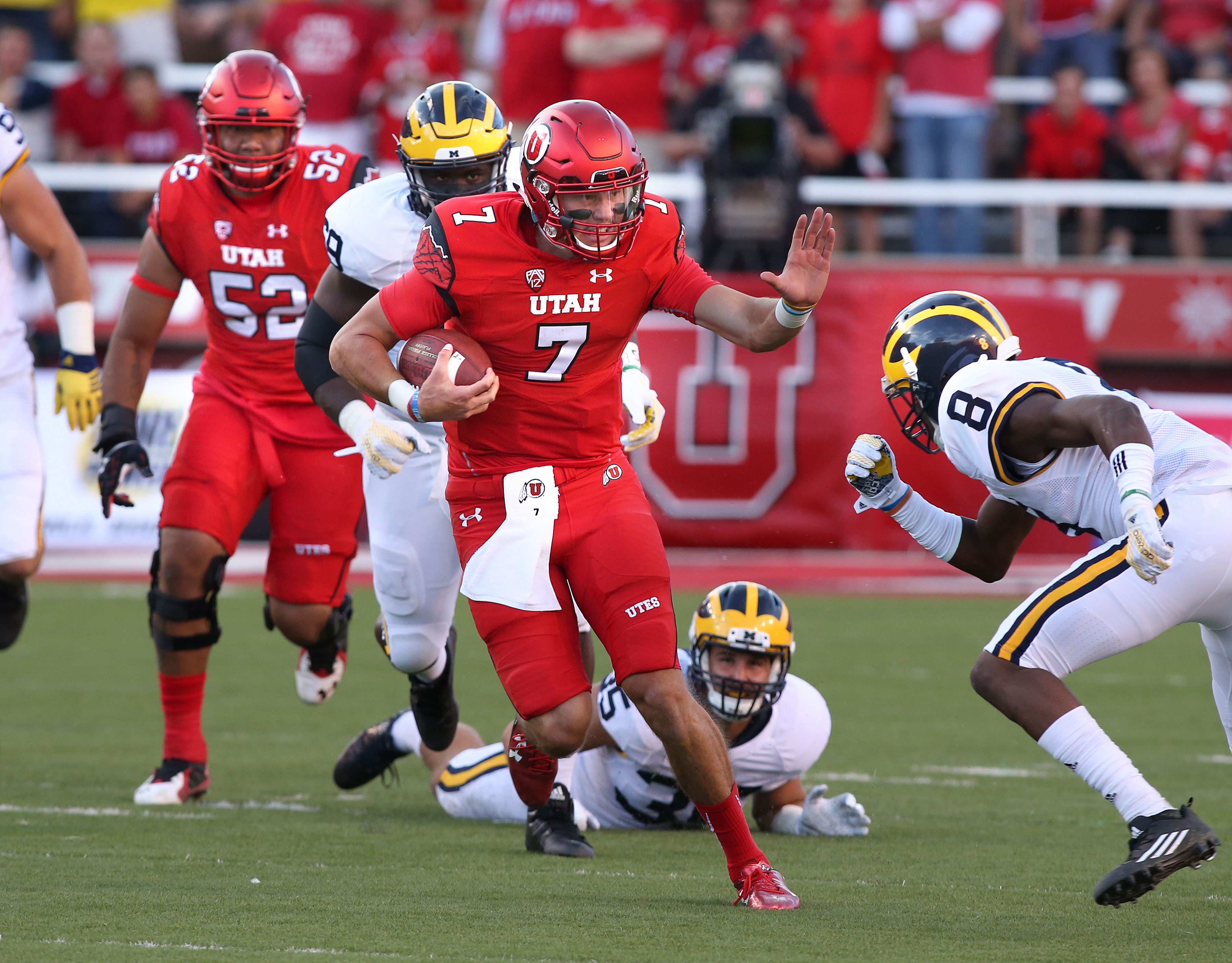 San Clemente native Travis Wilson accounted for five total touchdowns in the University of Utah football team’s landmark 62-20 victory on the road against Oregon on Sept. 26. Wilson, the Ute’s quarterback, was spectacular in the matchup, leading previously 18th-ranked Utah past then-No. 13 Oregon on the Duck’s home field at Autzen Stadium, earning PAC-12 offensive player of the week honors.

Wilson completed 18 of 30 passes to nine different receivers for 227 yards, four touchdowns and no interceptions. The senior also led the Utes in rushing yards, taking six carries for 100 yards and one score, including a career-long rush of 60 yards.

Wilson and the Utes shocked the Ducks, the reigning PAC-12 champions, by scoring on five of their first six offensive drives, which gave them a 27-13 lead at halftime. The Utah offense stayed hot in the second half while the defense clamped down and at one point, the visitors held a 48-13 lead. The 62 points scored by Utah is the most the Ducks have ever allowed at home in program history. It was also the highest scoring game against a PAC-12 opponent in Utah’s history.

Utah is on a bye this week and will continue PAC-12 play with a home game against California on Oct. 10.