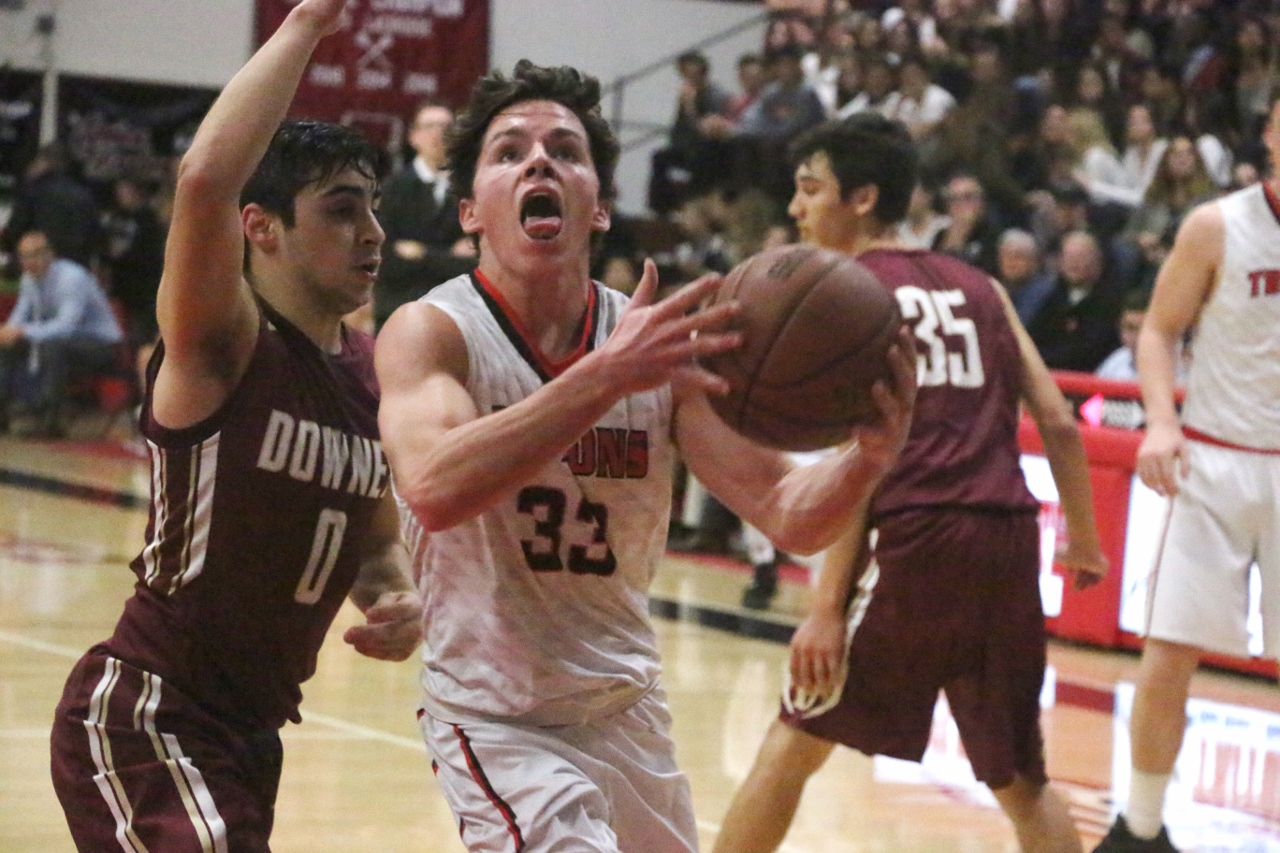 The Downey boys basketball team would just not go away.

The visiting Vikings’ ability to knock down the 3-point shot kept them in a CIF-SS Division 1-A Championship first-round game against San Clemente on Feb. 15. But the Tritons ultimately made a defensive stand in the fourth quarter to seal a 66-63 victory.

The Tritons will travel to play La Cañada in the second round on Friday.

Downey made up a seven-point deficit to start the fourth quarter by hitting three consecutive 3-pointers, and tied the game up at 52-52 with just under three minutes to go.

With the Vikings trying to swing the ball on the perimeter, San Clemente’s Kurt Crapo decided to take a gamble. He lunged at a pass, tipped it into the waiting arms of his teammate Blake Birmingham and the fast break was on. Birmingham found Roberto Medrano for an easy layup and the Tritons retook a two-point lead for good.

“We figured what they were going to do out of a timeout and Kurt made a great play,” San Clemente coach Marc Popovich said. “That was kind of the thing that separated us at the end.”

The San Clemente defense was tested by a slick shooting Vikings team. Downey made 12 3-pointers on the night, led by senior Justin Reyes who made five from distance. Reyes led his team with 23 points, and scored the first 10 Downey points in the first quarter.

Two 3-pointers by junior Chris Kane helped San Clemente distance itself from Downey in the second quarter, and the Tritons led 30-24 at the half.

The second half belonged to Tritons senior guard Blake Birmingham, who scored 16 of his game-high 25 points in the final two quarters. Birmingham closed out his 11-point third quarter effort by drilling a 3-point shot from about five feet behind the arc to stake San Clemente to a 45-40 lead.

Kane finished with nine points, and Medrano, Michael Moran, Jacob Nemeth and Isaac Rex all had seven for the Tritons. The win was San Clemente’s eighth in a row.