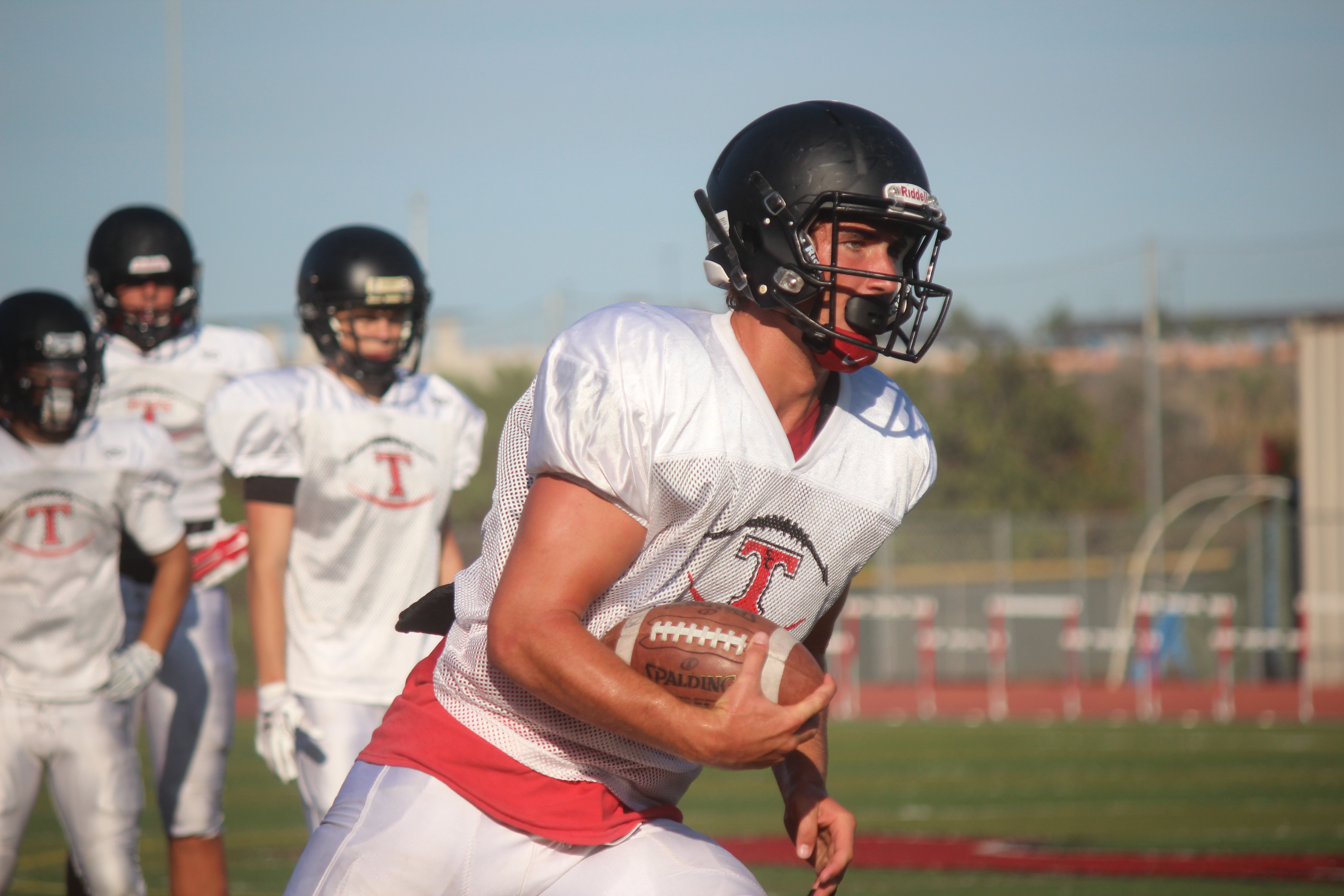 The San Clemente High School football team’s season is about to begin. In our annual season preview, we highlight five players to watch on offense.

Fotheringham will be one of the key players in the Tritons passing game in 2015. The 6-foot-5-inch senior had a solid junior season and will provide a big target who can also block. Fotheringham, a University of Utah commit, will help make up a tall and physical offensive front at the line of scrimmage.

Harrington is a four-year starter at offensive line and serves as the voice of the team, according to head coach Jaime Ortiz. Harrington, who stands at 6 feet, 3 inches and weighs 285 pounds, will start at left guard and could potentially play center if called upon. Harrington holds offers from Army, Navy and Cal Poly San Luis Obispo.

Scott is another member of the Tritons offense with three years of starting experience. Scott, a University of Utah commit, will play the all-important left tackle position. Ortiz said Scott, along with Harrington, is the heart and soul of the offensive line. Scott was a first team All-CIF and All-League selection in 2014.

Eldridge was a starting cornerback last year and led the Tritons with five interceptions. This offseason, he has made the transition to receiver. The Tritons will have multiple weapons at their disposal on offense this season and Eldridge is in the mix to claim the top receiver spot.

Dzhabiyev had a stellar junior season running the ball for the Tritons. He led the team with 165 carries, piling up 1,149 yards and 13 touchdowns en route to Sea View League offensive MVP honors. Dzhabiyev will also be an offensive threat that can catch passes out of the backfield and at the slot receiver position this year.