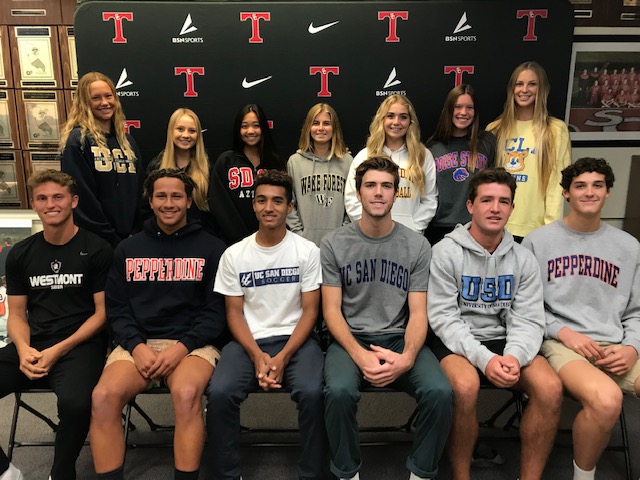 Here is the list of signees (grouped by sport):

The San Clemente boys and girls cross country teams each won the team title at the Sea View League Finals for the second straight season at Irvine Regional Park on Thursday, Nov. 7.

Hana Catsimanes again paced the girls team with her second straight individual league title, as the Tritons edged out Aliso Niguel, 39-45. Catsimanes beat Emily Richards of Aliso Niguel in the three-mile race by 20 seconds at 16:53.

The boys team won by a slimmer margin over Capistrano Valley, 32-35. Capo Valley had the individual champion, but the Tritons won with the pack mentality.