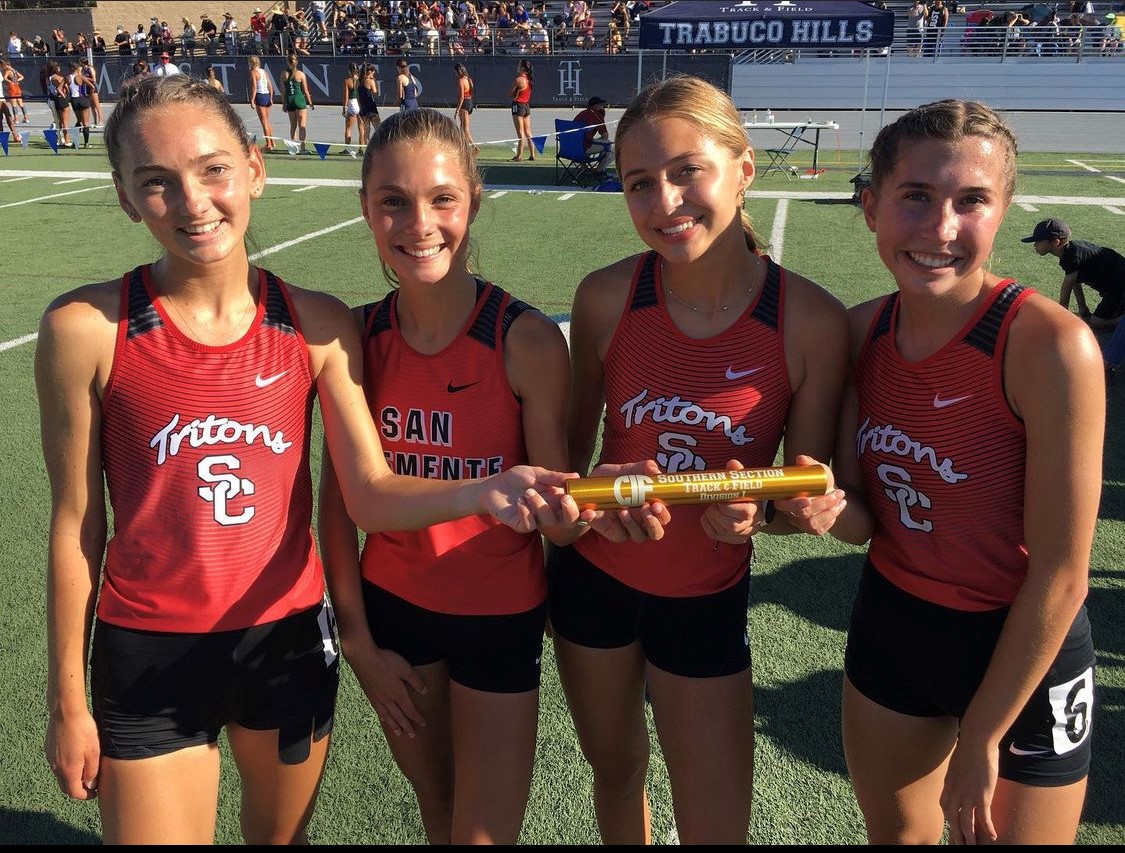 The long and strange 2020-21 high school athletics year came to an end for San Clemente on Saturday, June 12, as the Tritons track and field team participated in the final competitions for any San Clemente High School athletes this season.

San Clemente competed in six events at the CIF-SS Division 1 track and field finals at Trabuco Hills High School, and despite some strong showings, the Tritons were unable to secure any top-three positions.

San Clemente’s highest finisher was senior Natalie Vissman, who posted a fourth-place finish in the girls high jump. Vissman narrowly missed out on a medal spot with a personal-record clearance height of 5 feet, 4 inches, which was the same as those placing from second place through sixth. However, the tiebreaker goes to the fewest number of attempts needed to clear the height, and Vissman took fourth.

In the 3,200-meter race, senior Kelsie Yamano finished in eighth at 11:18. The UC San Diego-bound Yamano did not initially qualify out of the CIF-SS preliminaries, but after a competitor bowed out, Yamano stepped in as an alternate and posted her second-best time of the season.

On the boys side, senior Pierce Egbert finished eighth in the pole vault with a clearance of 13 feet, 9 inches. Egbert cleared a personal record of 14 feet even in the preliminaries.

Valdez shot a 9-over-par 81 to finish tied for 44th at the CIF-SS boys individual championships and SCGA qualifier at the River Ridge Golf Course in Oxnard.