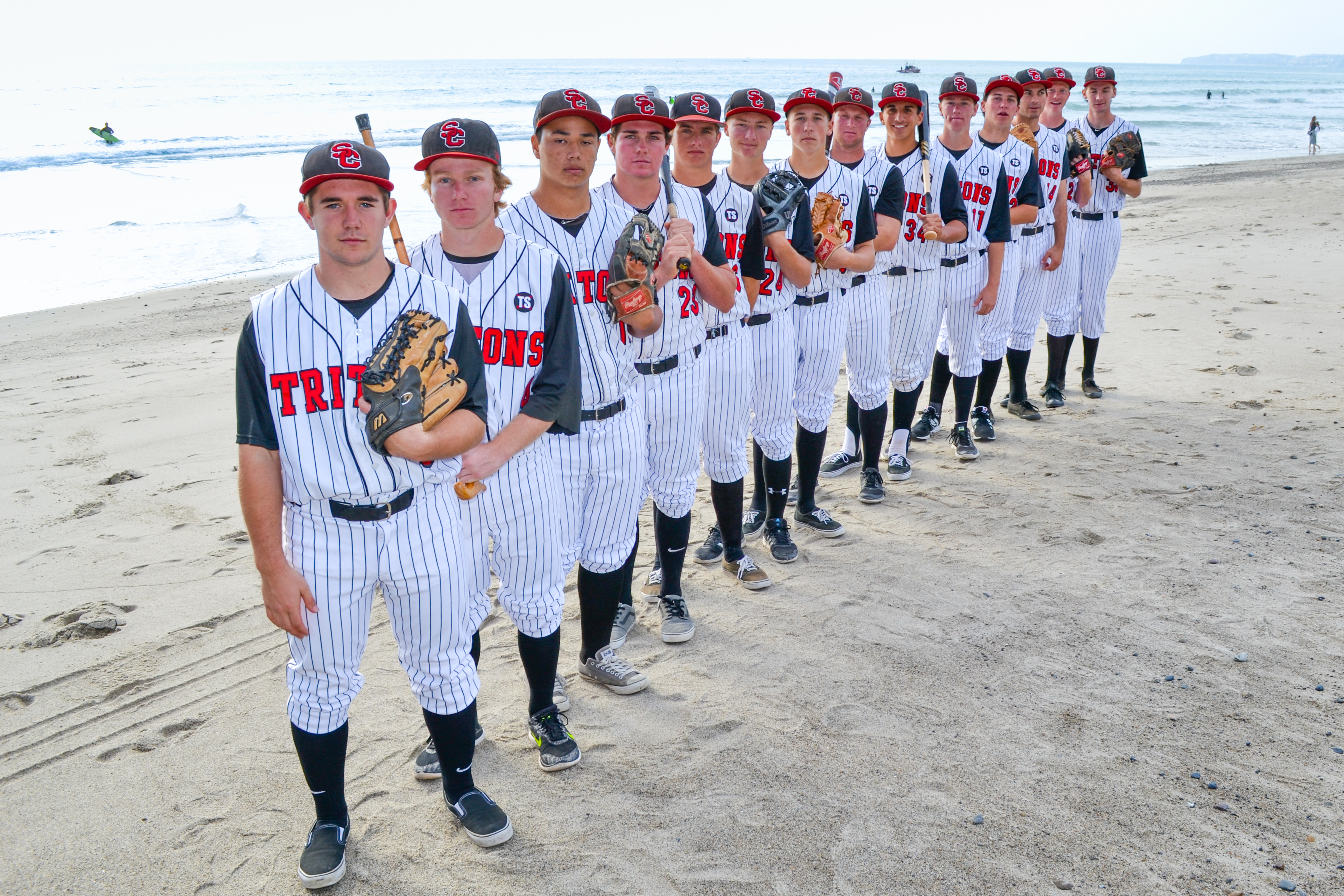 The San Clemente baseball team’s offense has been on a tear since the start of CIF-SS Division 2 postseason play. The Tritons, who scored a total of seven runs in their final four regular season games, have put up 22 runs in two playoff games, most recently picking up a 10-1 win over Dos Pueblos in the second round on May 26.

The top-seeded Tritons will host Bonita in the quarterfinals on May 29.

Against Dos Pueblos, San Clemente benefitted from a five-run second inning. With three runs already across the plate, senior catcher Lucas Herbert hit a two-run home run to left center field to cap off the inning.

Senior starting pitcher Will Tribucher picked up the win on the mound.

The San Clemente boys tennis team advanced all the way to the CIF-SS Division 2 championship match but ran up against top-seeded Santa Margarita and were defeated 11-7 on May 22.

It was the first time in school history a Tritons boys tennis team had reached the final stage of postseason play.

The Tritons singles players dominated in a quarterfinal win over Diamond Bar, then the team had to sweat out a narrow win over Arcadia in the semifinals, a match that was decided by the final game of the day.

The night before the San Clemente softball team’s CIF-SS Division 3 second round game against Warren was set to take place, Tritons senior Lauren Kane was busy working with her hitting instructor, attempting to find something that would help her end a 1-9 skid at the plate that had stretched over three games.

After an adjustment to her timing routine at the plate, Kane broke out of her slump in a big way against the Bears on May 26, belting two home runs, including a grand slam, and collecting six RBI in a 10-3 victory.

The Tritons will travel to play Bishop Amat in the Division 3 quarterfinals on May 28.

Kane, who is hitting a scorching .544 on the season, turned on an inside pitch to clear the bases for a grand slam in the first inning and hit an opposite field home run in the bottom of the third to give the Tritons a 6-0 advantage. The power surge came as a welcome surprise for Kane, who spent her at-bats focusing on making contact rather than swinging for the fences.

“We actually worked on it last night at my hitting lesson…I do that timing slap and that really helps me calm down and really focus on the ball instead of trying to hit a home run,” Kane said.

Kane also came on in relief to spell Tritons starter Jordyne Prussak in the top of the sixth inning. Kane struck out four batters and did not allow a baserunner over two innings.

Pitching with a healthy lead, Prussak pitched five innings and allowed three runs on four hits. Prussak surrendered back-to-back home runs to Nadia Amezcua and Whitney Pemberton in the top of the sixth, prompting the need for Kane to come in and close things out with the score at 9-3.

“This team can do it. We just never know when they’re going to do it. They’re definitely capable,” head coach Bill Malcolm said. “When they’re firing, they’re tough to beat. If they play like they do today, we’ll be in the (championship) game a week from Saturday.”

San Clemente track and field team members Connor Dunne and Anna Gillis both advanced to the CIF Masters Meet at Cerritos College on May 29.

Gillis placed fourth in the girls discus throw after she posted a distance of 123 feet.

Madison Chronister also competed at the CIF-SS Finals and placed seventh in the discus with a throw of 115-feet-6-inches.

Despite sending only two simmers to the CIF State meet on May 23, the San Clemente boys swim team placed 25th overall behind strong performances from senior Quinn Birtles and sophomore Brad Prolo.

Prolo finished first in the consolation finals of the 200 individual medley. His time of 1:51.11 qualified for ninth at the meet. Prolo also finished seventh in the 100 breaststroke (56.30).

San Clemente senior Sam Darnold accepted the Athlete of the Year award from the Orange County Athletic Director’s Association on May 26.

Darnold was the Sea View League MVP for the Tritons football team where he starred at quarterback and was named the Co-MVP of the South Coast League for basketball. It was the second year in a row that Darnold won league MVP honors in basketball.

Darnold is committed to USC for football.