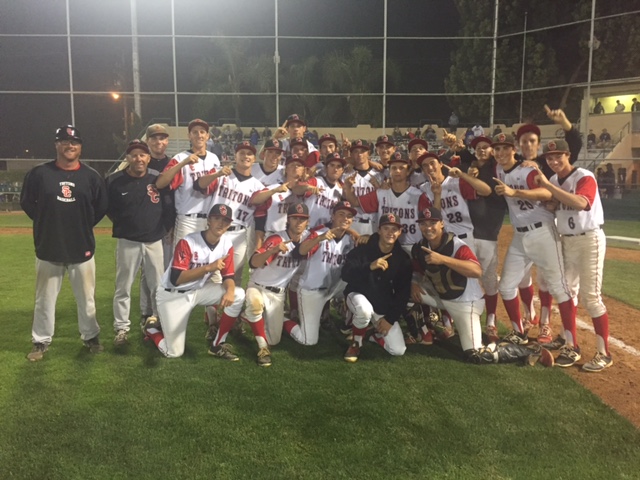 San Clemente defeated Valencia 6-5 on March 29 in the championship game at Glover Stadium in Anaheim.

Charlie Loust hit a two-run triple in the win. The Tritons emptied their bullpen in the game, but it was No. 1 starter Mike McGreevy who came on late to get the final out and earn the save.

The Tritons will host Aliso Niguel (6-6, 1-2) in a South Coast League game on March 31 before heading into Spring Break.

The San Clemente boys golf team fired off a season-best score in a 186-197 nonleague win over San Juan Hills on March 28.

Alex Pak earned match medal honors by carding a score of 34 (+2) on the back nine at Talega Golf Course.

On the boys team, senior Brad Prolo set a meet record in the 100-yard breaststroke at the Mission Viejo Invitational on March 25. Prolo, a BYU commit, posted a time of 55.58 seconds during his prelim heat. He also placed second in the 100-yard butterfly.

The San Clemente boys lacrosse team’s offense has been a powerhouse in South Coast League competition. The Tritons have scored at least 14 goals in three league games, and improved their league record to 3-0 following a 17-2 victory over Aliso Niguel on March 28.

Junior Kiley Buckley helped spark the Tritons (7-2, 3-0) comeback by scoring three times in the second half. Sophomore Catherine Yubeta, Shay Hefft and Maddie Ward added one goal each in the final two quarters to help the Tritons pull away.

San Clemente has now won five in a row and was scheduled to play Capistrano Valley on Mach 29. Results were not available at press time.