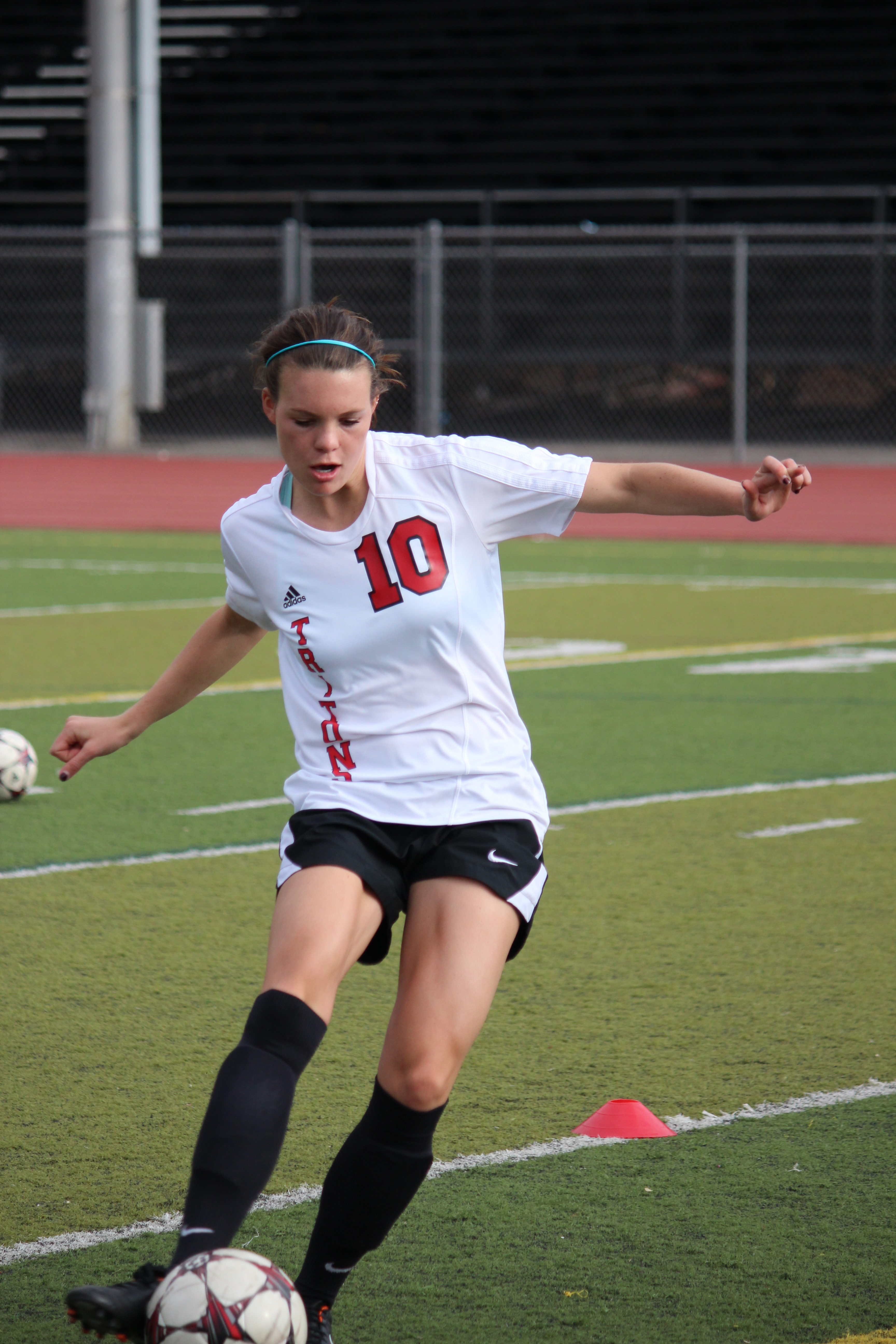 San Clemente senior Natalie Higgins netted a first half goal and the No. 5 Tritons held on to claim a 1-0 win over No. 3 Capistrano Valley on December 17.

The Tritons are off to a hot start to their season and have yet to lose a match in six contests.

The team went 3-0-1 at the Soccer With Hope Tournament from December 11-14, defeating Yorba Linda, Downey and Righetti. They opened tournament play with a 1-1 tie against Santiago-Corona.

The Tritons will face James Logan High School on December 20.

Being the No. 2 ranked boys soccer team in the nation comes with a price. Teams get up to play against you and you have to affirm your status atop the lofty perch in every match.

So when No. 4 ranked Alisal traveled to play the Tritons on December 18, the Tritons had to deal with everything that came with the high-profile showdown. That includes butterflies in the stomach.

The Tritons (5-0-1) could not establish a rhythm in the first half of play and conceded an early second half goal to the visiting Trojans, but scrapped back late to draw even with the visitors in a 1-1 tie.

Alisal came out as the aggressor in the first half, pressuring the Tritons up and down the field, forcing them out of the game plan that yielded five straight convincing wins to start the season.

An Alisal corner kick in the 27th minute set up a good scoring chance but San Clemente junior goalie Cole Martinez snuffed it out. Minutes later a booming, low shot by Alisal’s Benito Chavez tested Martinez again, and the junior made a stellar diving save to keep the Tritons in the game.

The Tritons had their share of chances in the first half as well and one nearly resulted in a stoppage time goal. After finally building pressure up top, San Clemente’s Alek Cucuk’s point blank shot went sailing wide, sending both teams into the locker room deadlocked at 0-0.

“It was a tough game, it was a struggle all the way through,” San Clemente head coach Mike Pronier said. “Because Alisal was so hard working and skilled it put more pressure on us and I think maybe the nerves were a result of just being against a team that was going to keep coming at us.”

Alisal would break the standstill with a goal three minutes into the second half. Forward Santiago Morales corralled a long ball on the wing and snuck a deflected shot past Martinez to make it 1-0.

But the second half saw the Tritons return close to the form they are accustomed to playing. They controlled the ball and held Alisal to one shot in the second half while rattling off four of their own.

Tritons senior Dylan Struthers sent a ball into a crowded box in the 60th minute and found the outstretched foot of senior Bryce Kaminski, who netted the equalizer. It was Kaminski’s fourth goal in two games.

“We were nervous right off the bat. We had chances in the first half and we needed to finish one,” Kaminski said. “To keep it nil-nil gave them hope. Once they got that first goal our heads dropped and it brought the pressure even more. So to end this game on a tie is big.”

A little home cooking appears to have righted the ship for the San Clemente boys basketball team. After losing four of their first five games to start the season, the Tritons hosted Steele Canyon on December 12 and breezed their way to a 75-41 win. All 11 available Tritons players scored points in the game, led by Elijah Morris’ 16 points.

The Tritons (3-4) then hit the road to take on Northwood on December 17 and came away with a convincing 70-41 win in the opening round of the Irvine World News Tournament. The Tritons were set to take on Esperanza in the second round on December 18. Results were not available at press time.

According to the team’s website, www.tritonbasketball.com, standout junior forward Sam Darnold is expected to be cleared for basketball activities following a re-evaluation of his fractured foot sometime this week. Darnold injured his foot while playing quarterback for the Tritons football team. Darnold is the reigning Sea View League MVP.

The Tritons have also been waiting to have transfer Gage Shelmidine join their ranks. Shelmidine, a transfer from Saddleback Valley Christian who is sitting out due to CIF eligibility rules, is eyeing a January 7 return.

The San Clemente girls basketball team was set to try and extend their win streak to three games on December 18 with a road game against Arroyo Grande. Results were not available at press time.

The Tritons (4-1) will travel to Santa Barbara High to compete in the school’s namesake tournament from December 19-21.

The No. 2 ranked Mater Dei girls water polo team came to No. 7 San Clemente on December 17 and came away with a wire to wire 13-7 nonleague victory. The Monarchs put up eight points in the first half and limited the Tritons to just three points through the first three quarters.

San Clemente was led by Alaina Cousineau, who had two goals, one assist and two steals. Makenna Smith had two goals and three steals.

The Tritons will compete in the Capistrano Valley Tournament from December 28-31. The team has matches scheduled against Los Alamitos and Laguna Beach during the three-day stretch.