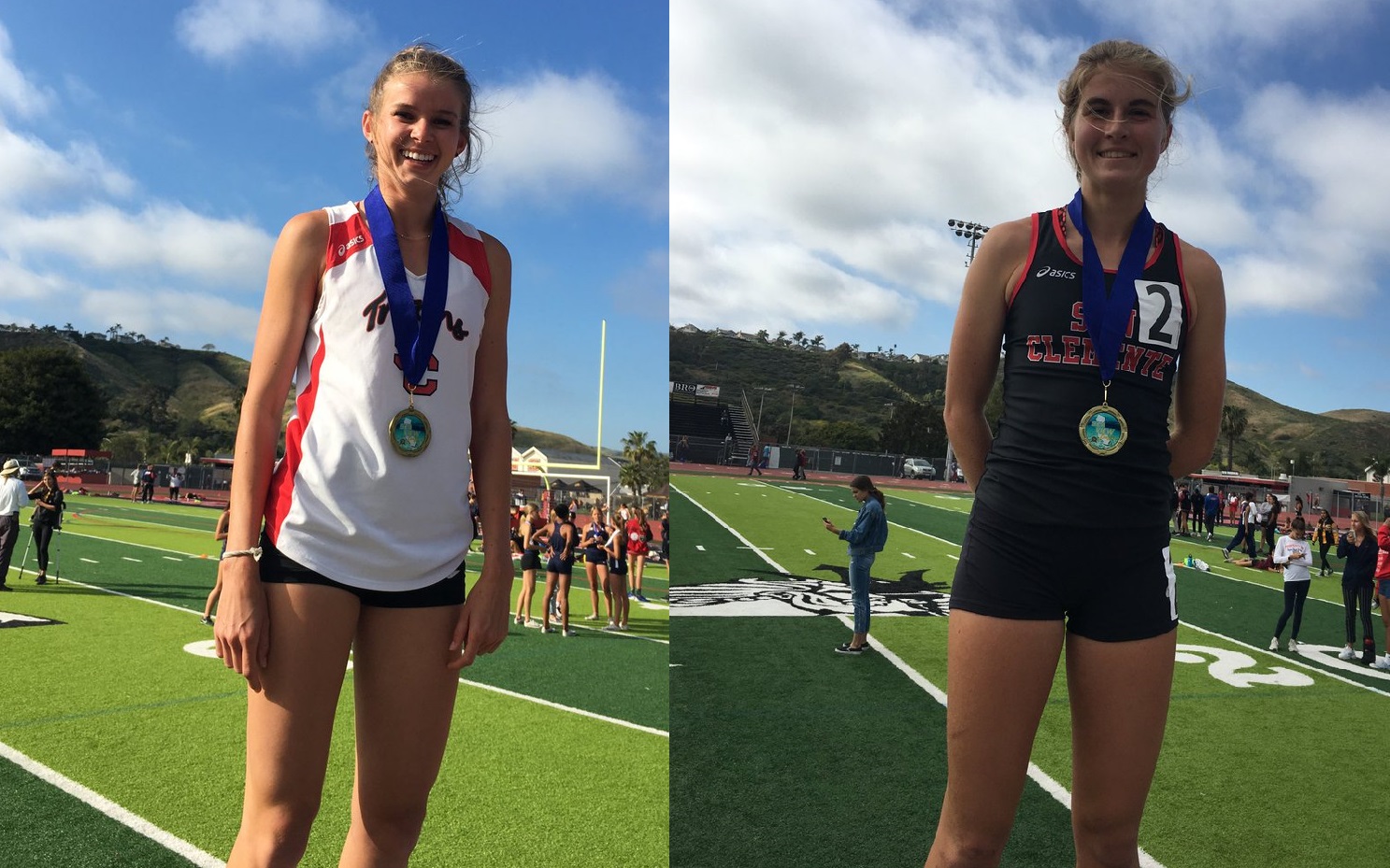 Bennett qualified for the Division 1 Finals in two sprint events.

Bennett finished second in her 200-meter heat with a time of 24.77 seconds to claim the ninth and final qualifying spot. In her better discipline, Bennett posted a time of 56.30 seconds to win her 400-meter heat and easily qualify in that event.

Bennett owns one of the best 400-meter times in the state and broke the school record with a time of 55.40 seconds at the Sea View League Finals on April 26. Bennett won the 200- and 400-meter league titles and also won as the anchor leg of the 4×100-meter and 4×400-meter relays.

Catsimanes competed in only one of the two events she qualified for out of league finals, but she qualified easily for the CIF-SS Finals in the 3,200 meters.

Catsimanes won both the 1,600-meter and 3,200-meter titles at the Sea View League Finals. It was Catsimanes’ third consecutive 1,600 title.

CIF-SS Finals will be contested on Saturday, May 11 at El Camino College in Torrance.

On the boys side, senior Griffin Buchan narrowly missed out on CIF-SS Finals qualification.

The San Clemente boys tennis team won its ninth consecutive league title, earned a first-round bye in the CIF-SS Division 1 playoffs and breezed through its second-round match over Valencia of Valencia, 13-5, on Friday, May 3.  But in the quarterfinals on Monday, May 6, the host Tritons were locked in a battle against Claremont.

San Clemente and Claremont traded points to finish in a 9-9 tie. But the Tritons were rewarded for their efficiency and took the games-won tiebreaker, 78-69, to advance to the Division 1 semifinals.

Beckman, No. 1 seed in Division 1, hosted San Clemente for the semifinals on Wednesday, May 8. The Patriots outlasted the Tritons, 10-8.