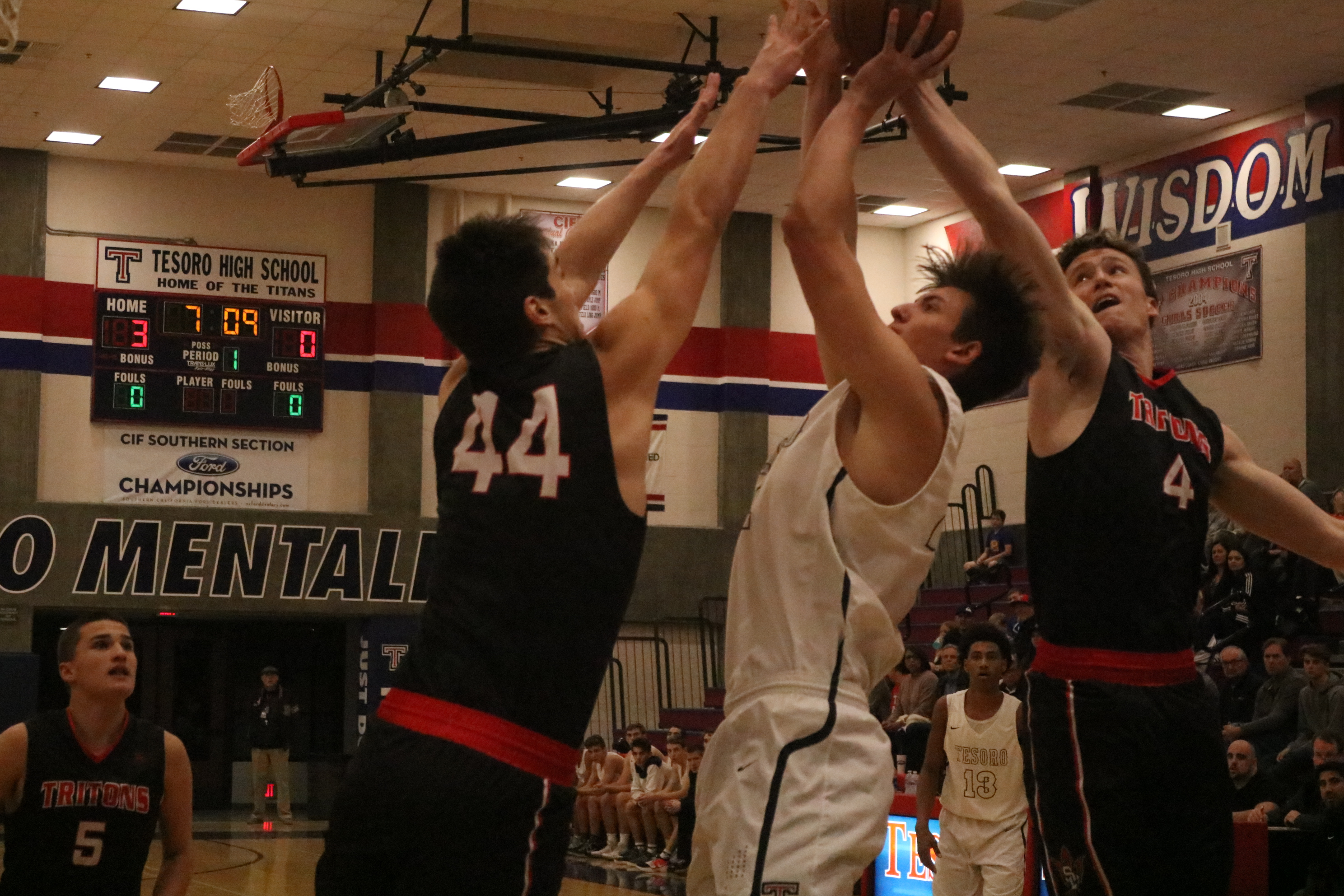 If San Clemente has aspirations for capturing its fourth straight South Coast League title, it comes down to this week and specifically Friday, Feb. 2’s home game against Aliso Niguel.

As of press time, the Tritons (16-7, 3-2) sit a half-game behind Aliso Niguel in the league standings. San Clemente has three games to play, and the Wolverines have four games remaining. San Clemente played Trabuco Hills on Jan. 31, but the results were not available at press time.

For a shot at even a shared league title, San Clemente needs to beat Aliso Niguel after the Wolverines took the first match-up, 57-54, on Jan. 17.

“I’d say that we all know where we are and what we have to do,” junior Anthony Smetona said. “We take every game at a time and every game is going to be a challenge.”

San Clemente is currently without its leading scorer Jacob Nemeth. The senior guard injured his ankle last week and couldn’t play past the first quarter against Tesoro on Jan. 26. San Clemente rallied for a huge fourth-quarter comeback win in that game.

“If Jacob is hurt, someone’s got to step up,” senior Chris Kane said. “We were a little shaky in the first half and then we kind of hunkered down. We realized this is us. Jacob can’t save us anymore. It’s got to be us.”

Coach Marc Popovich expects Nemeth to be able to play on Friday for senior night against Aliso Niguel, but the Tritons have to prepare contingencies without their best shot-creator.

“We have to run stuff for our guys,” Popovich said. “We have to manufacture our own shots. That’s kind of what we did down the stretch against Tesoro. That’s what we’ve spent time in practice on the last few days.”

The key to evening the series with Aliso Niguel will be rebounding. The Tritons were uncharacteristically outrebounded against the Wolverines, but board play has a direct win-loss link for San Clemente.

“That can’t happen again,” Popovich said. “In all of our wins, we’ve been plus on the boards and in both of our league losses, I think we were minus-12 to Aliso and minus-8 to Tesoro.”

Whitsett has received college offers from Army, Air Force, University of San Diego and Cornell as well as a preferred walk-on offer from Stanford.

San Clemente maintained its hold on first place in the South Coast League with a win over Dana Hills, 2-1, on Jan. 25. Briana Mendoza scored two goals in the win.

The victory puts the Tritons (15-1-4) in position to win their first league title since 2012. San Clemente can clinch the title with a win over Aliso Niguel at home on Thursday, Feb. 1.