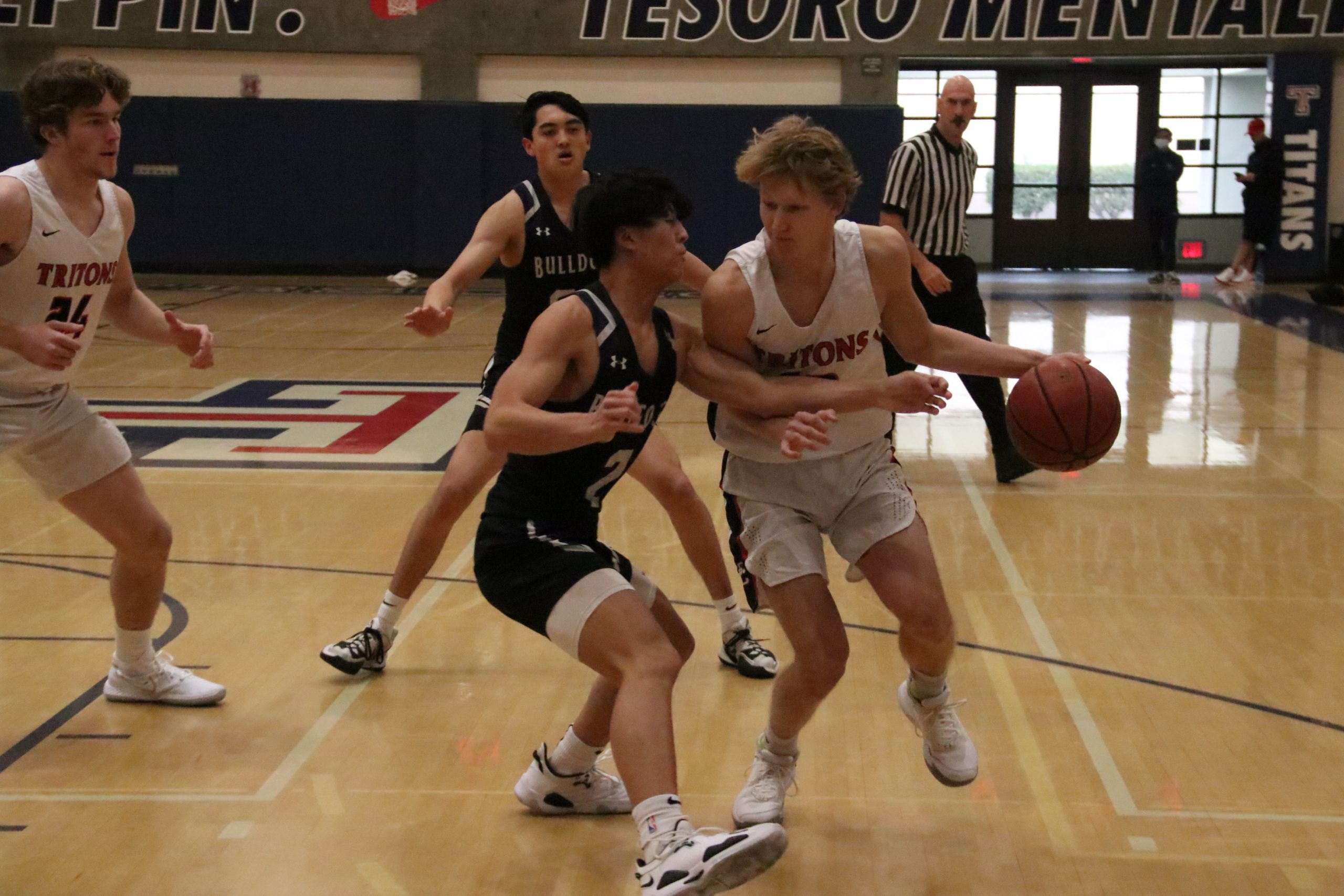 The San Clemente boys basketball team aims to repeat as the South Coast League champion after a progressive rise to the title last season. The Tritons didn’t get off on the right foot in league play last week, but San Clemente got back on track by the end of the week.

In both teams’ South Coast League opener, Trabuco Hills edged the Tritons, 52-50, at Trabuco Hills on Jan. 5. San Clemente then bounced back in yet another road game with a win over Mission Viejo, 58-52, on Friday, Jan. 7.

San Clemente was scheduled to play Tesoro in league on Wednesday, Jan. 12, but results were not available at press time.

On Friday, Jan. 14, the Tritons (11-5, 1-1) will finally play a home game, as San Clemente hosts University in its 19th game of the season. San Clemente has been in tournaments at other host schools or in road games through the beginning of its schedule. This wasn’t by design, as this game against University was originally schedule to be played in early December.

This first home game kicks off a stretch of six home games in a row, which continue in league on Wednesday, Jan. 19 against Capistrano Valley. San Clemente hosts Trabuco Hills in an attempt to split the series and regain a foothold in the league title race on Jan. 21.

The San Clemente girls soccer team has vaulted itself into competition as the best in the county and a possible contender in CIF-SS Division 1, in part thanks to a near perfect start in the South Coast League.

After shutting out Aliso Niguel, 2-0, in the league opener on Jan. 4, the Tritons went on the road and knocked off reigning league champion San Juan Hills, 1-0, on Jan. 6. Senior forward Faith Gillett scored in the 72nd minute to put San Clemente ahead, and senior Emily Sanchez made seven saves for yet another shutout on the season.

In 10 games this season, San Clemente has only allowed five goals and never more than one in a single game. The Tritons have five shutouts this season.

The one mark against San Clemente’s league record game in a 1-1 home draw against Tesoro on Tuesday, Jan. 11. Tesoro scored first just after halftime, but junior Makenzie Gutowski was able to level the score for the Tritons 12 minutes later. Sanchez made two saves.

San Clemente next plays at Trabuco Hills on Thursday, Jan. 13, and at Aliso Niguel, Jan. 20.