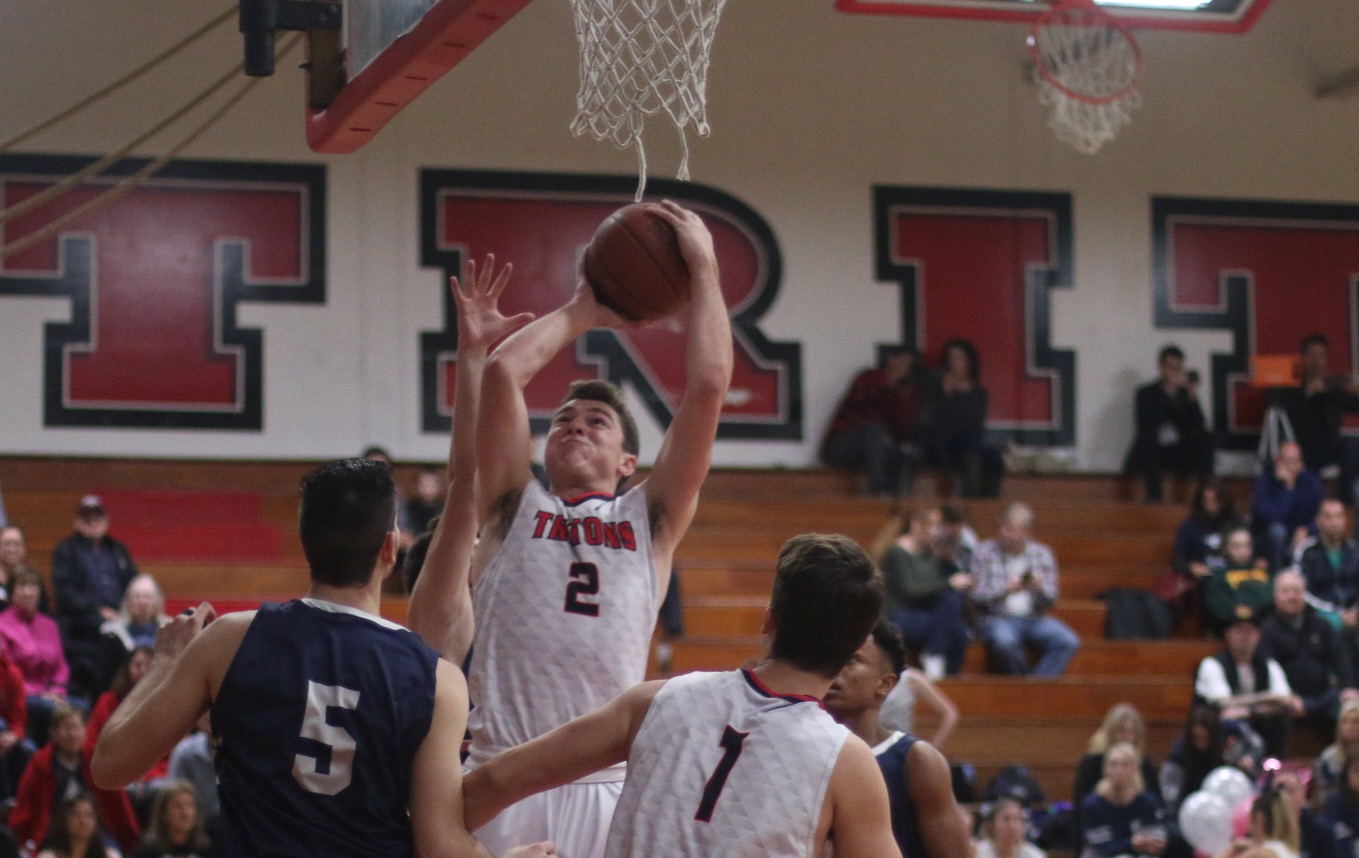 Triton Report: Boys Basketball in the Thick of League Standings

Boys Basketball in the Thick of League Standings

After losing a heartbreaking league-opener against Tesoro by one point on Jan. 10, the Tritons put out a strong effort to even their league record in a win over Trabuco Hills, 55-42, on Jan. 12.

Leading scorer Jacob Nemeth had no points through the first half, but the senior guard scored a game-high 18 points in the second half with 11 points in the fourth quarter. San Clemente (14-6, 1-1) dominated the boards once again by out rebounding Trabuco Hills, 34-13.

The first two rounds of league game days as of press time on Jan. 16 has shown the South Coast League to be as competitive as ever.

El Toro, with a 9-9 overall record, is the surprise leader with two wins over Trabuco Hills and Aliso Niguel, each a preseason league favorite with many returning starters. Tesoro (14-4, 1-0) is also on top with its opening win over San Clemente.

The three-time defending champion Tritons are the solid middle of the pack with a 1-1 record. Aliso Niguel (15-6, 0-1) and Trabuco Hills (15-5, 0-2) each are still looking for their first league win despite being ranked the highest of the league’s three CIF-ranked teams.

The result of San Clemente’s trip to Aliso Niguel on Jan. 17 was not available at press time. The Tritons face El Toro next at home on Monday, Jan. 22.

The Tritons (11-3-4, 2-0) opened league on Jan. 10 with a shutout of Mission Viejo, 2-0. Senior forward Tristan Weber and junior defender Liam Linas provided the goals while senior keeper Jake Carter made four saves for the clean sheet.

San Clemente’s match results against defending league champion El Toro on Jan. 17 were not available at press time. The Tritons travel to Aliso Niguel, ranked No. 9 in Division 2, on Friday, Jan. 19.

San Clemente posted its second league road win in as many days with a 10-6 win over El Toro on Jan. 10.

San Clemente was ranked No. 13 in the Division 1 & 2 combined poll.

The results of the Tritons match against Trabuco Hills on Jan. 17 were not available as of press time. San Clemente’s next league match is on Monday, Jan. 22 against Mission Viejo.

In what is always a huge match, San Clemente faced rival Laguna Hills in their final South Coast League dual meet on Jan. 17. Results were not available as of press time.

The Tritons host their annual Rotary Tournament on Saturday, Jan. 20 at San Clemente High. Matches begin at 9:30 a.m. There can be a maximum of 26 teams, but there were only 19 teams confirmed as of Jan. 10.