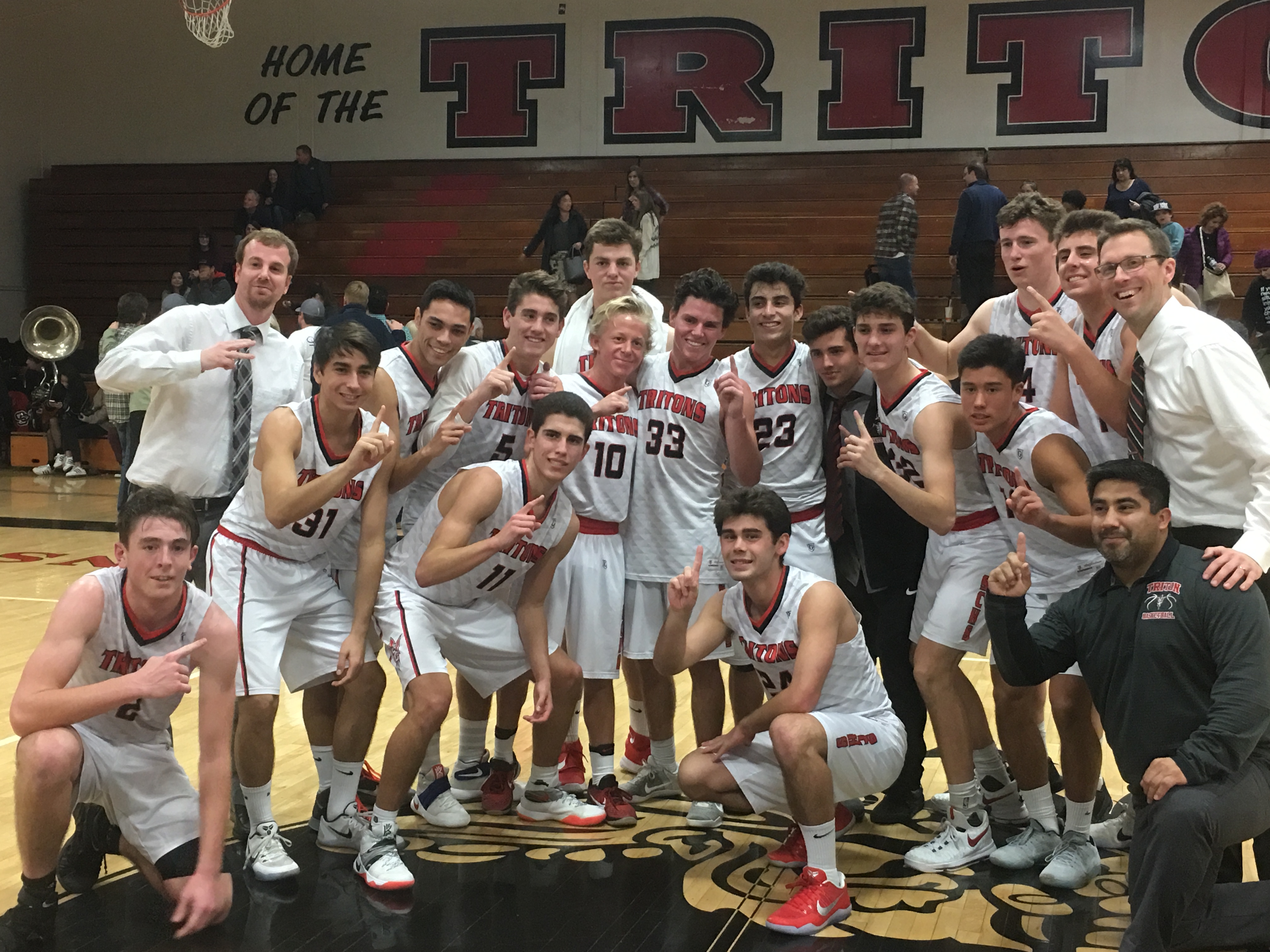 For in-game updates, scores, news and more for all of the San Clemente High School winter sports teams, follow us on Twitter @SouthOCsports.

The San Clemente boys basketball team closed out South Coast League competition in style on Feb. 3 by picking up a 53-45 win over El Toro. The win clinched the outright league title for the Tritons, who have now won league for a third straight season.

San Clemente’s (18-8, 7-1 league) lone loss in league this year came against El Toro, and the Tritons were able to overcome a five-point halftime deficit in the re-match. San Clemente outscored the Chargers 30-17 down the stretch.

Senior guard Blake Birmingham scored a game-high 19 points in the win and Michael Moran chipped in 13.

With the league title wrapped up, the Tritons traveled to Tesoro for the final league contest of the year on Feb. 7 and emerged with a 55-44 victory. Birmingham led all scorers again with 17 points. Isaac Rex and Moran each had 10 points.

The Tritons, who have won nine out of their last 10 games, finally broke into the CIF-SS Division 1A to-16 poll this week, debuting at t-14. The Tritons will appear in the upcoming CIF-SS playoffs.

Girls Soccer Gets Clutch Win Over Tesoro, Headed to Playoffs

On the final day of the regular season, the San Clemente girls soccer team defeated tenth-ranked Tesoro 3-0 to leapfrog the Titans in the South Coast League standings and finish second in the competitive league.

The Tritons scored two first-half goals and added another in the second, and goalie Lauren Brzykcy recorded the shutout. Natalie Crapo scored twice and Ellie Winkelmann scored once in the win.

San Clemente is now headed to the CIF-SS Division 1 Championships.

San Clemente won its final two games of the season to finish strong, winning both matches by a combined 4-0 margin.

San Clemente’s offense has been firing on all cylinders in league play this season, and flexed its muscle one final time in the regular season in a 17-7 win over Trabuco Hills on Feb. 8. Seven different Tritons scored goals in the win, but the match belonged to UCSD-bound senior Tera Richardson.

Richardson scored eight goals, had four assists and five steals against the Mustangs.

San Clemente will head into the upcoming CIF-SS Division 1 Championships after competing in Division 2 last season.

Boys Soccer Wraps up with Win, Waits for Results

The top-3 finishers in the five-member league are guaranteed playoff berths.

Girls Hoops In the Mix of Wild League Finish

The San Clemente, El Toro and Tesoro girls basketball programs all finished South Coast League play with even 4-4 records. At the top is Aliso Niguel, which went undefeated at 8-0, and at the bottoms is San Juan Hills, which went 0-8.

The accolades keep pouring in for the San Clemente High School football team after its historic season that ended with a CIF Division 1-A State Championship.

On Feb. 6, Ortiz was named a 2016 CIF Model Coach Award Winner. The award honors 13 coaches across the state that demonstrate and teach the CIF’s “six pillars of character”, which include trustworthiness, respect, responsibility, fairness, caring and good citizenship. Ortiz was the only Orange County coach to win the award.