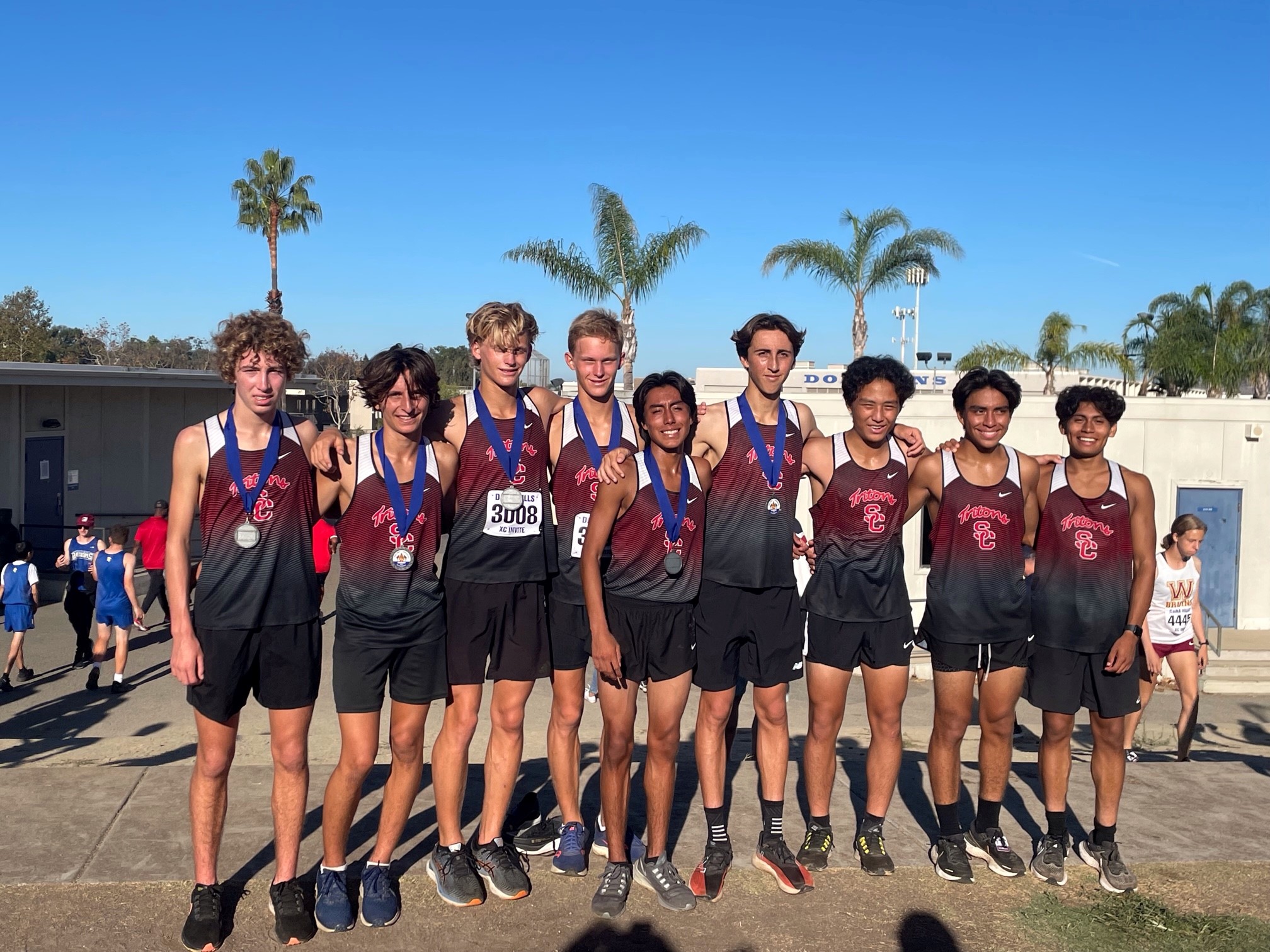 With three top-10 finishers and four in the top 15, the San Clemente boys cross country team dominated a loaded field at the Dana Hills Invitational on Saturday, Sept. 24.

San Clemente, ranked No. 3 in CIF-SS Division 1, posted a team score of 53 points to win the Senior/Invitational race at Dana Hills High School and more than halve the second-place score of Great Oak (118 points). Tesoro and host Dana Hills tied for third with 149 points.

Senior Juan Chantaca led the Triton contingent in fourth place with a time of 14:47, and junior Brett Ephraim finished right behind in fifth place at 14:50. Senior Rory Catsimanes finished in the top 10 in seventh with a time of 14:51, and junior Taj Clark placed 15th at 15:03. Junior Pierce Clark rounded out the San Clemente scorers in 29th at 15:23.

The Tritons placed their first four runners before second-place Great Oak had its first runner cross the line. Tesoro had the second individual finisher, but those first four San Clemente runners came in before Tesoro’s second runner. The Tritons also placed their top three before Dana Hills’ first finisher.

In the girls Senior/Invitational race, junior Lyza Yetter paced San Clemente’s efforts with a 21st-place finish at 17:54. The second Tritons runner, senior Abigail Howard, finished a minute later in 62nd at 18:55, with senior Kennedy Banks coming in by her side in 63rd at 18:56.

The San Clemente girls finished 10th as a team with 293 points. Host Dana Hills scored the individual winner, Allura Markow, at 16:38, and JSerra won the team title with 45 points and three runners in the top six. Dana Hills finished second with 88 points.

San Clemente next runs in a State Championships course preview in the Clovis Invitational in Fresno on Oct. 8, with the Orange County Championships the following week in Silverado Canyon on Oct. 15.

San Clemente boys water polo is ranked No. 1 in CIF-SS Division 2 as the Tritons get set to open South Coast League play. The Tritons began league play at San Juan Hills on Wednesday, Sept. 28, but results were not available at press time. San Clemente travels to Dana Hills on Tuesday, Oct. 4.

San Clemente girls volleyball remained in the CIF-SS Division 1/2 top 10 at No. 9 in the latest poll. The Tritons dropped their first round with reigning league co-champion Aliso Niguel last Thursday, Sept. 23. Aliso Niguel is ranked No. 12. San Clemente heads to the Santa Barbara Tournament this weekend.