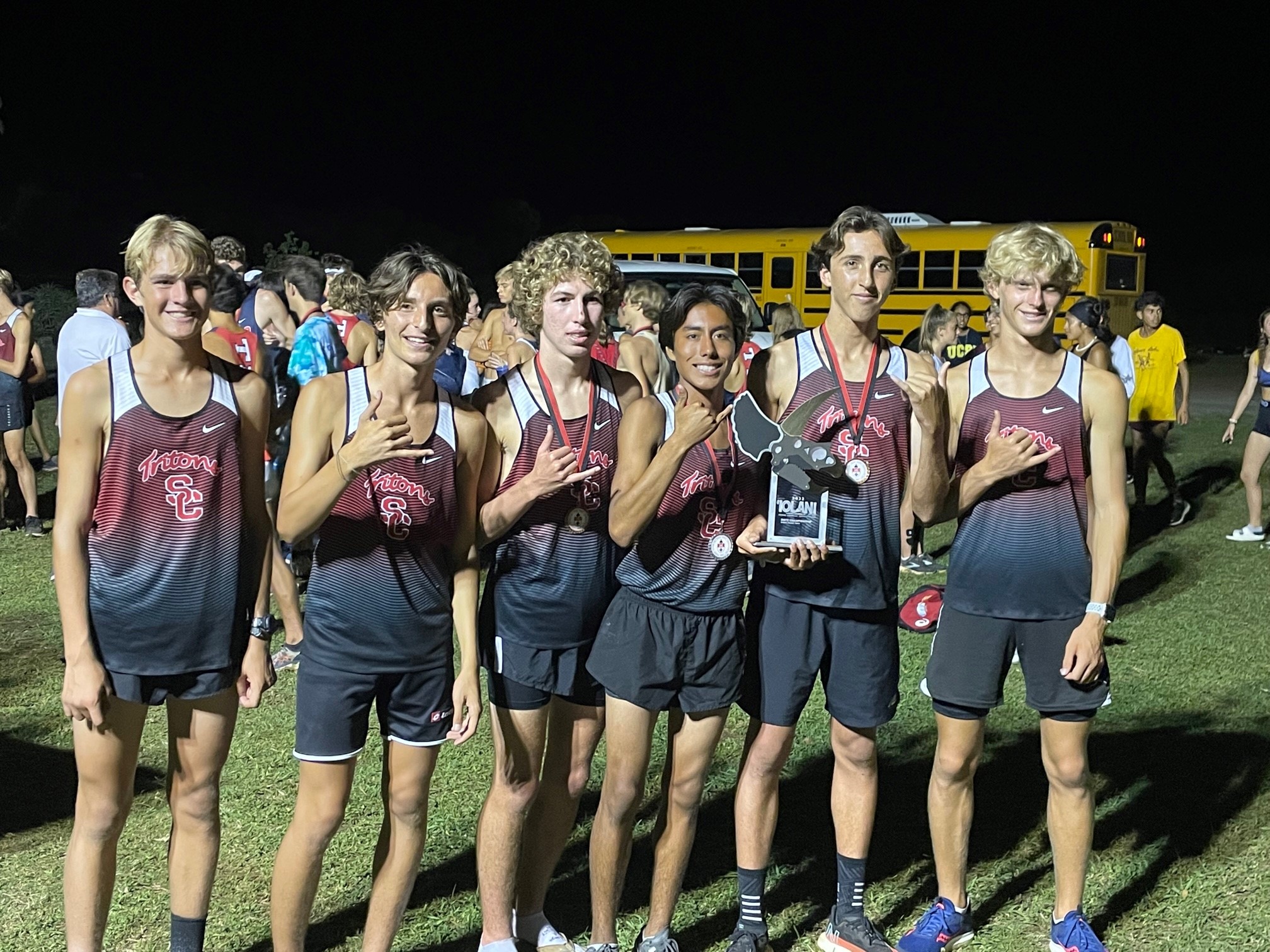 The reigning Orange County champions took their act across the sea and earned the top spot in a top four of county competitors to win the Iolani Invitational Varsity Division on Saturday, Sept. 10, in Honolulu, Hawaii.

The Tritons had two runners in the top three and three in the top 10 to post a winning score of 39 points and finish ahead of Tesoro (57 points), Santa Margarita (72 points) and Dana Hills (73 points).

San Clemente next runs in the Woodbridge Classic at the Great Park in Irvine on Friday, Sept. 16, and in the Dana Hills Invitational on Sept. 24.

The Tritons, ranked No. 8 in the latest CIF-SS Division 1 & 2 poll, posted wins over No. 16 Laguna Beach, No. 9 Palos Verdes and No. 5 Mater Dei. The Tritons lost early to No. 2 Marymount and in the semifinals to San Diego’s Cathedral Catholic, the eventual champion.

Senior outside hitter Lily Dwinell was named to the all-tournament team with a starring performance over Mater Dei with 17 kills, three blocks and seven digs.