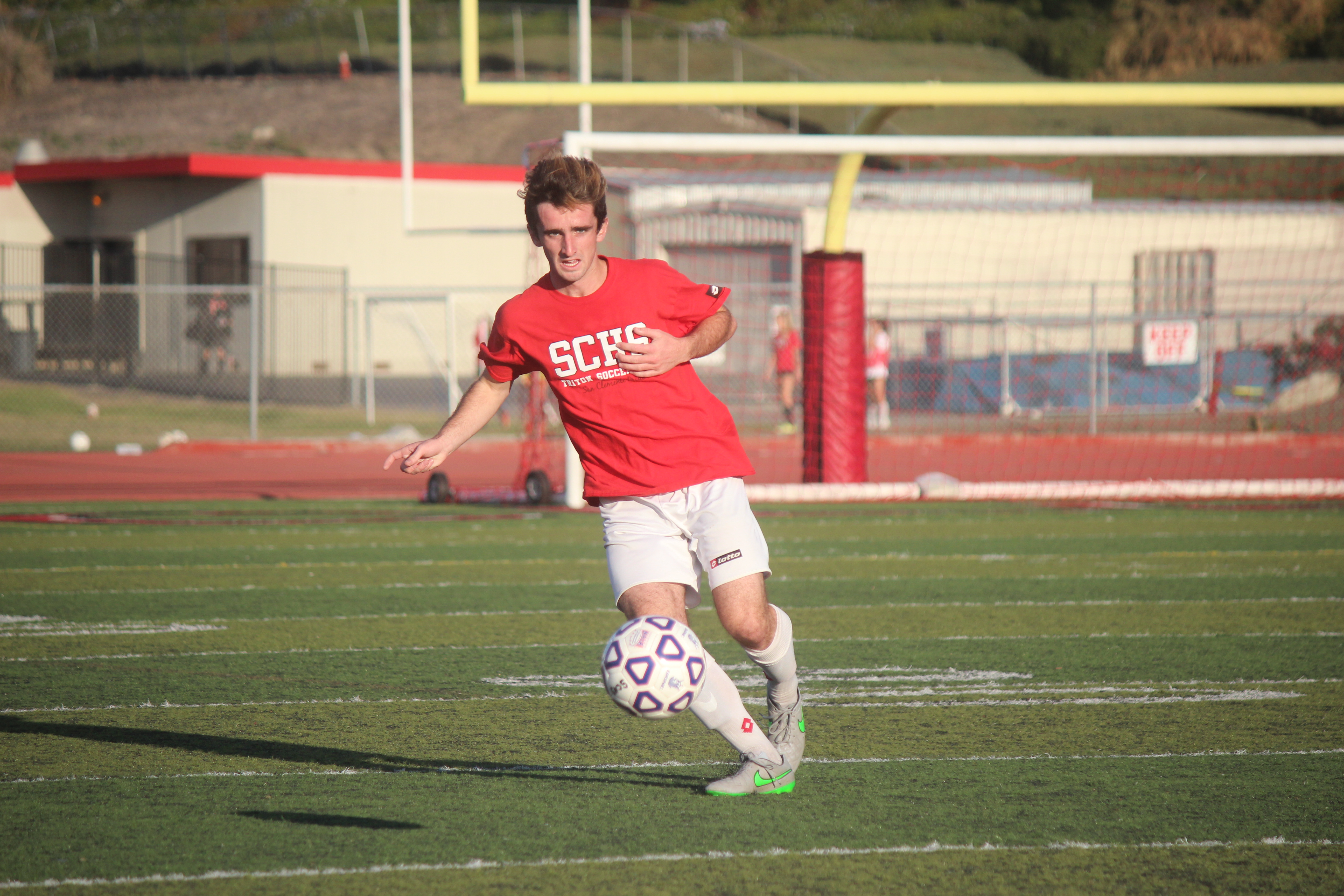 In its second go-around through South Coast League competition, the San Clemente boys soccer team did exactly what it needed to do in order to stay in the hunt for the league title.

The San Clemente defense has been stout over the four-match unbeaten streak. The Tritons have allowed only one goal in four matches, recording three shutouts along the way. San Juan Hills broke the Tritons clean sheet record by heading home a goal in the final minute of stoppage time.

The win over Mission Viejo put the Tritons on top of the standings with one game remaining on the league schedule. San Clemente will travel to play fifth-place El Toro (6-7-6, 1-4-2) on Feb. 11. The Tritons knocked off the Chargers 2-0 on Jan. 22.

Six San Clemente players scored at least eight points against South Coast League rival Aliso Niguel on Feb. 5 as the Triton boys basketball team coasted to a 77-64 wire-to-wire victory. The win earned the Tritons (19-6, 6-1 league) at least a share of the league hardware for a third consecutive year.

If San Clemente is to win the league title outright, they must defeat Dana Hills on Feb. 11. The game will be the final regular season contest of the year for San Clemente. The Tritons edged the Dolphins (9-17, 0-7) 56-45 on Jan. 8. Second-place El Toro (19-7, 6-2) trails San Clemente by one game in the standings.

The San Clemente girls soccer team ended its run through the South Coast League on a high note by defeating rival Dana Hills 2-0 on Feb. 8. Kira Nemeth and Morgan Farrier each scored a goal and were assisted by Franni Viera and Ellie Winklemann, respectively.

The win ensured a solo second-place finish for the Tritons (12-3-7, 5-1-2), who had a very successful run through the regular season. San Clemente, however, was not able to catch up to top-ranked Aliso Niguel in the league standings.

Seventh-ranked San Clemente will enter the CIF-SS Division 1 playoffs as the league’s No. 2 seed. Playoff brackets will be released Feb. 15.

The Tritons (17-11, 5-2) held a one-match lead over the Dolphins (14-14, 4-3) in the league standings heading into the match, which made the contest all about league placement and CIF-SS Division 2 playoff seeding. The Tritons and Dolphins could not catch first-place El Toro (18-9, 8-0) in the standings.

San Clemente edged its way past the Dolphins 11-9 in the teams’ first meeting of the season on Jan. 26.

San Clemente built its slim lead over the Dolphins following an 18-2 league victory over Tesoro on Feb. 8.