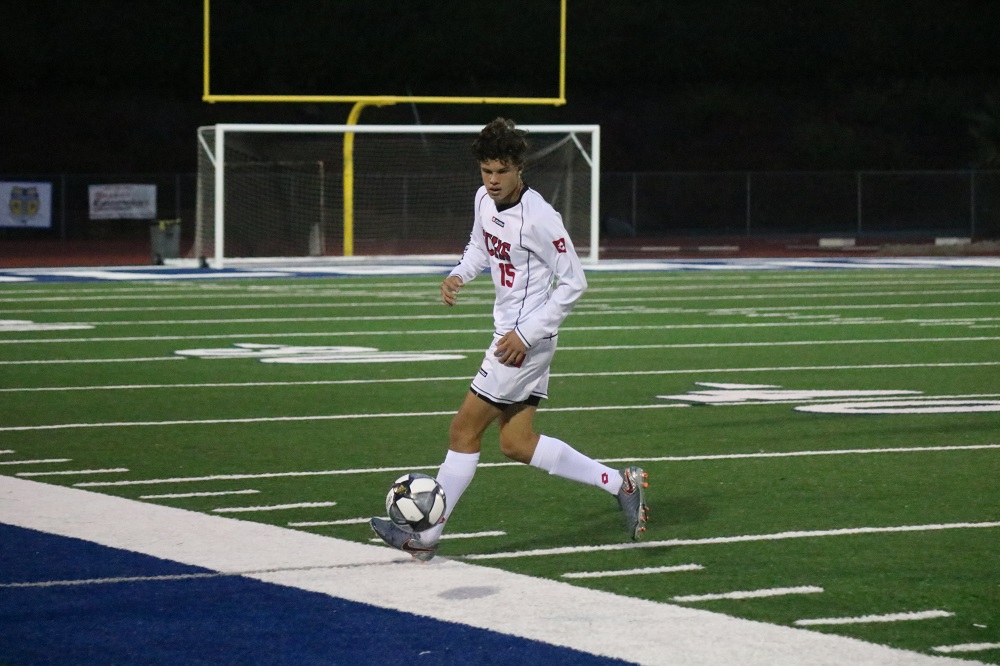 The San Clemente boys soccer team dominated its home tournament and extended its streak of strong defensive performances to open the season.

The Tritons, ranked No. 1 in CIF-SS Division 1, captured the Lotto Sport Western Showcase at San Clemente High School by not allowing a goal in all three games of the tournament from Dec. 12-14.

Senior goalies Carter Fann and Connor Stoll split the games against Kapolei and Watsonville, with each earning a start and playing one half of each game. Fann played the full 80 minutes in the win over Servite. San Clemente has allowed only one goal in five games.

Asa Gibson, Nelson Tabarez and Nolan Grush each scored two goals in the tournament. Grush, a sophomore, scored the lone goal over Watsonville, and Gibson, a UC San Diego commit, scored the only strike against Servite.

San Clemente hosted Santa Ana on Wednesday, Dec. 18, but results were not available at press time.

The Tritons next play on Friday, Dec. 20 to open the South Torrance Holiday Tournament against Bishop Montgomery.

The San Clemente girls soccer team continued its hot start with a strong run through the Mater Dei Premier Invitational to move into the CIF-SS rankings.

San Clemente opened group play with a win over Foothill, 3-2, on Dec. 11, followed by a scoreless draw against Mater Dei on Dec. 12. The Tritons tied with Mater Dei for the top of the group with a 2-1 win over Northwood on Dec. 13.

In the semifinal, San Clemente upset CIF-SS Division 1 No. 2 Los Alamitos, 1-0, in the morning of Dec. 14 to advance to the final that afternoon. Mater Dei took the title, 2-0.

The tournament performance snuck the Tritons into the rankings in a tie for the No. 10 spot in CIF-SS Division 1.

San Clemente beat El Dorado, 2-1, on Tuesday, Dec. 17, and the Tritons are next in action at Laguna Beach on Thursday, Dec. 19. San Clemente plays in the SoCal High School Classic beginning on Dec. 27 in Oceanside.