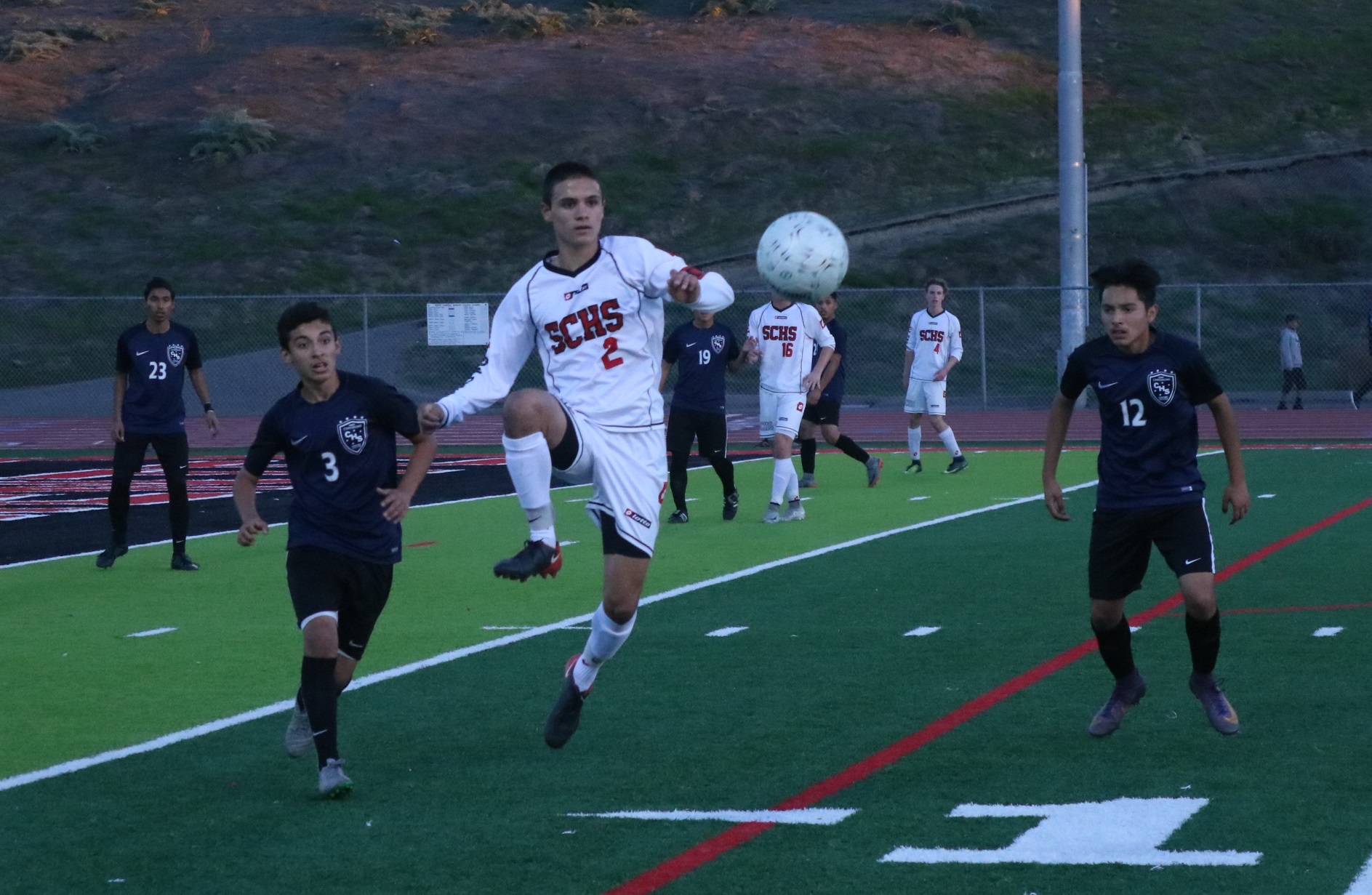 Over the holiday break, all of the Triton winter sports teams participated in a litany of tournaments. With league play kicking off next week, let’s check in on how those teams fared over the break and where they stand before the games really count.

The San Clemente boys soccer team is again one of the elite teams in CIF-SS Division 1.

The Tritons, ranked No. 5 in the last Division 1 poll on Dec. 17, have won six of their last eight games with a third-place finish in their own Lotto Sport Western Showcase on Dec. 22 at San Clemente High School and a second-place finish at the SoCal High School Classic on Dec. 29 at Oceanside High School.

In the Western Showcase, San Clemente beat St. Augustine of San Diego on penalty kicks in the first round, 1-1 (4-2), but fell to Cathedral of Los Angeles in the second round, 2-1. The Tritons bounced back with a win over Auburndale of Florida, 1-0, to take the tournament bronze.

Blake Bowen and Quinn Richards scored in the tournament for San Clemente, and Curtis Harvey posted the shutout in the third-place game.

In the National Showcase Division at the SoCal High School Classic, the Tritons found their offensive stride in their first two games with wins over Santa Margarita, 3-0, and San Pasqual of Escondido, 3-1. In the tournament final, San Clemente scored early, but Torrey Pines equalized in stoppage time and won the game on penalty kicks, 1-1 (4-2).

Bowen scored three goals in the tournament, and Richards, Evan Dilbeck and Micah Usui each scored a goal. Harvey and Ryan Kowarsch combined for the shutout against Santa Margarita.

Twenty-nine years after his first win at San Clemente High School, Tritons wrestling coach Mark Calentino picked up his 400th victory on Dec. 1 at the Battle by the Bay tournament at Corona del Mar.

The Tritons beat Newport Harbor, 54-30, for the win. The win was poetic for Calentino’s career as Newport Harbor assistant coach John Witting, who placed at state while attending San Clemente, was part of Calentino’s first win for the Tritons.

San Clemente has gotten off to a strong start this season with a 7-2 record and already has picked up a conference victory over Aliso Niguel, 58-21.

The Tritons hosted their annual San Clemente Rotary Tournament on Dec. 22. San Clemente took second in the team standings with an individual title from Masious Vaugn at 160 lbs.

It was an indisputably rough start for the San Clemente girls water polo team.

The Tritons lost their first six matches, with three coming by just one goal and another by only two.

San Clemente lost the opener of the Bill Barnett Holiday Cup in Newport Beach on Dec. 28, but the Tritons finally found the other side in the tournament’s final three games.

The tournament was a much-needed boost for San Clemente, still ranked No. 15 in the last CIF-SS Division 1 and 2 combined poll on Dec. 17, before the Tritons defend their South Coast League title at El Toro on Tuesday, Jan. 8.

San Clemente has three more games before it gets started in league. The Tritons play at Huntington Beach on Thursday, Jan. 3, at Canyon Crest Academy in San Diego on Saturday, Jan. 5, and at Foothill on Monday, Jan. 7.

It’s been an early season of ups and downs for the other winter sports squads at San Clemente.

The boys basketball team (7-9) has dealt with injuries and a tough tournament schedule but found some success in its last tournament of 2018.

The Tritons earned a third-place finish at the Tustin Holiday Classic from Dec. 26-29. San Clemente earned wins over Western, 79-40, and Tustin, 67-52, and after falling to Compton in the semifinals, the Tritons beat University for bronze, 64-61. Max Rumph and Andrew Herbert were named to the all-tournament team.

The girls basketball team (11-7) had a tremendous start to the season but hit a bump at the tough SoCal Holiday Prep Classic in San Diego from Dec. 26-29. The Tritons lost their first four games but earned a win in their finale over Mira Mesa of San Diego, 66-28.

The girls soccer team (3-3-2) has only posted the same result in back-to-back games once this season, with two losses on Nov. 29 and Dec. 3. The Tritons alternated wins and draws over their next four games before a loss to St. Margaret’s, 1-0, on Dec. 28.

San Clemente gets right to work on its league title defense at Aliso Niguel on Thursday, Jan. 10.