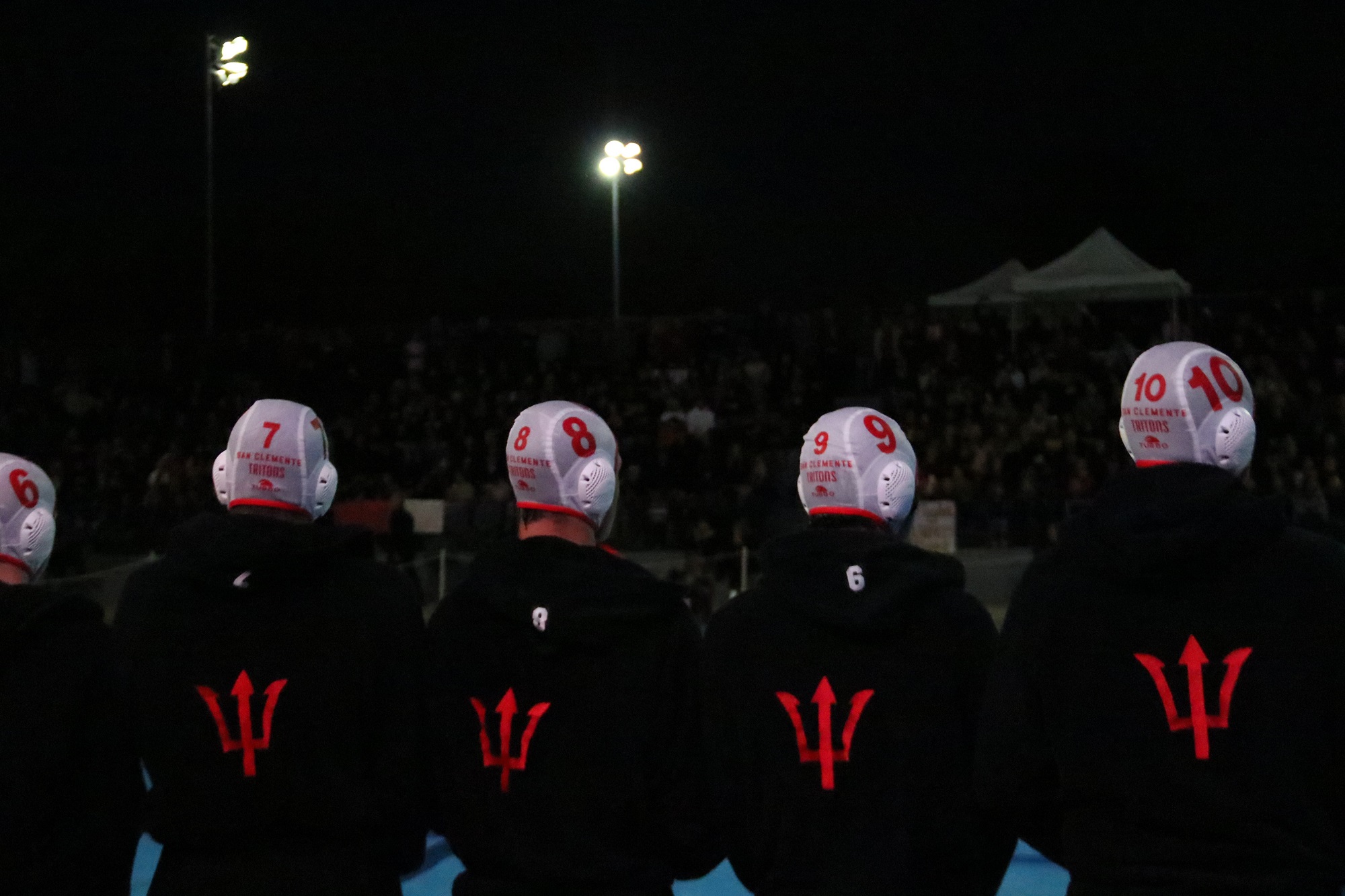 Coming off a runner-up performance in the CIF-SS Division 2 Final on Nov. 12, the San Clemente boys water polo team got a chance to extend its season in the CIF State Southern California Regionals.

In the first round of Division II, the Tritons earned their first-ever Regionals victory in just their second appearance with a road win over Poway, 10-8, on Nov. 15, at Rancho Bernardo High School.

San Clemente went on the road again in the semifinals, also to San Diego County, but that would be the end of the road for the Tritons. San Clemente kept it tight early against top-seeded Cathedral Catholic and trailed by just two goals entering the fourth quarter, but the Dons prevailed, 12-7.

In their first season back under the helm of head coach Logan Powell, San Clemente (20-13) won the South Coast League and was the No. 1 seed in CIF-SS Division 2.

With the fall sports championships wrapping up, the winter sports season got going in earnest last week.

The San Clemente boys and girls basketball programs were out in full force with loaded tournament schedules to kick off their schedules.

The Triton girls led off with a 3-1 record at the Oxford Academy Tournament. San Clemente scored wins over Canyon (59-14), Troy (53-27) and South Coast League foe Tesoro (60-46). The Tritons’ only loss of the tournament came to the Trinity League’s Orange Lutheran by just four points, 58-54.

The San Clemente girls are next in action on Nov. 29 at Brea Olinda and play their first home game on Dec. 2 against Beckman.

The Triton boys dropped their first two games of the season but bounced back in a big way at the Jim Harris Tournament. San Clemente dominated Valencia, 62-23, and held the Tigers to only six points in the first half to cruise to their first victory under new head coach Landon Pluimer. San Clemente closed the week with a win over host Ocean View, 40-31.

The San Clemente boys are next in action at the Portola/Woodbridge Tournament next week. The Tritons play their first home game on Dec. 14 against University.

The Triton girls water polo team opened with a win over Carlsbad, 14-3, on Nov. 16, but San Clemente won’t play next until Dec. 1 at Newport Harbor.

The San Clemente boys and girls wrestling teams are also in action, with tournament play on Saturdays.