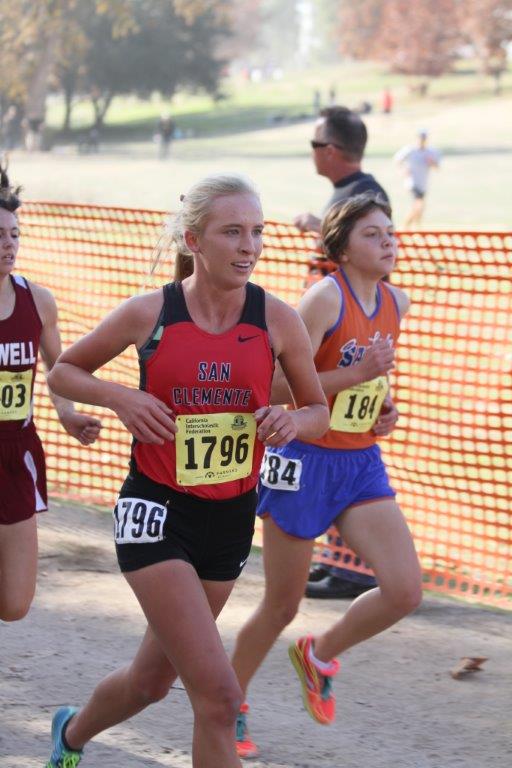 For in-game updates, scores, news and more for all of the San Clemente High School sports, follow us on Twitter @SouthOCsports.

Carroll raced as an individual at the event and posted a time of 18:59. It was the fourth time she competed at the state meet in her high school career.

The San Clemente girls basketball team opened their season with a 68-38 loss to El Dorado on the road on Dec.1.

Senior Jenna Rodriguez led all scorers with 19 points and senior Emma Bankson added 10 points for the Tritons in the loss.

San Clemente was set to open their tournament run through the South Coast Holiday Classic Dec. 3 against Los Alamitos. Results were not available at press time.

A game against tenth-ranked Paramount was set to be the season opener for the San Clemente boys soccer team Dec. 3. The Tritons entered the game ranked No. 2 in the CIF-SS Division 1 rankings. Results were not available at press time.

The Tritons are about to embark on a busy part of their schedule. They will play Tesoro, Dana Hills and Oceanside in the span of seven days beginning with a Dec. 6 tilt against the Titans at home.

Four players scored in the double digits for the San Clemente boys basketball team in their season opening 71-50 victory over Temecula Valley in the Diablo Inferno Tournament on Dec. 2. The Tritons outscored Temecula Valley in every quarter, including a 24-15 barrage in the second. San Clemente cruised to a win, despite missing several key players who are still playing with the football team.

The Tesoro girls soccer team had five different players score goals in their 5-2 nonleague victory over San Clemente on Dec. 2.

Hailey Hite led the Titans with one goal and two assists. Hailey Laub and Ellie Winklemann each scored a goal for San Clemente.