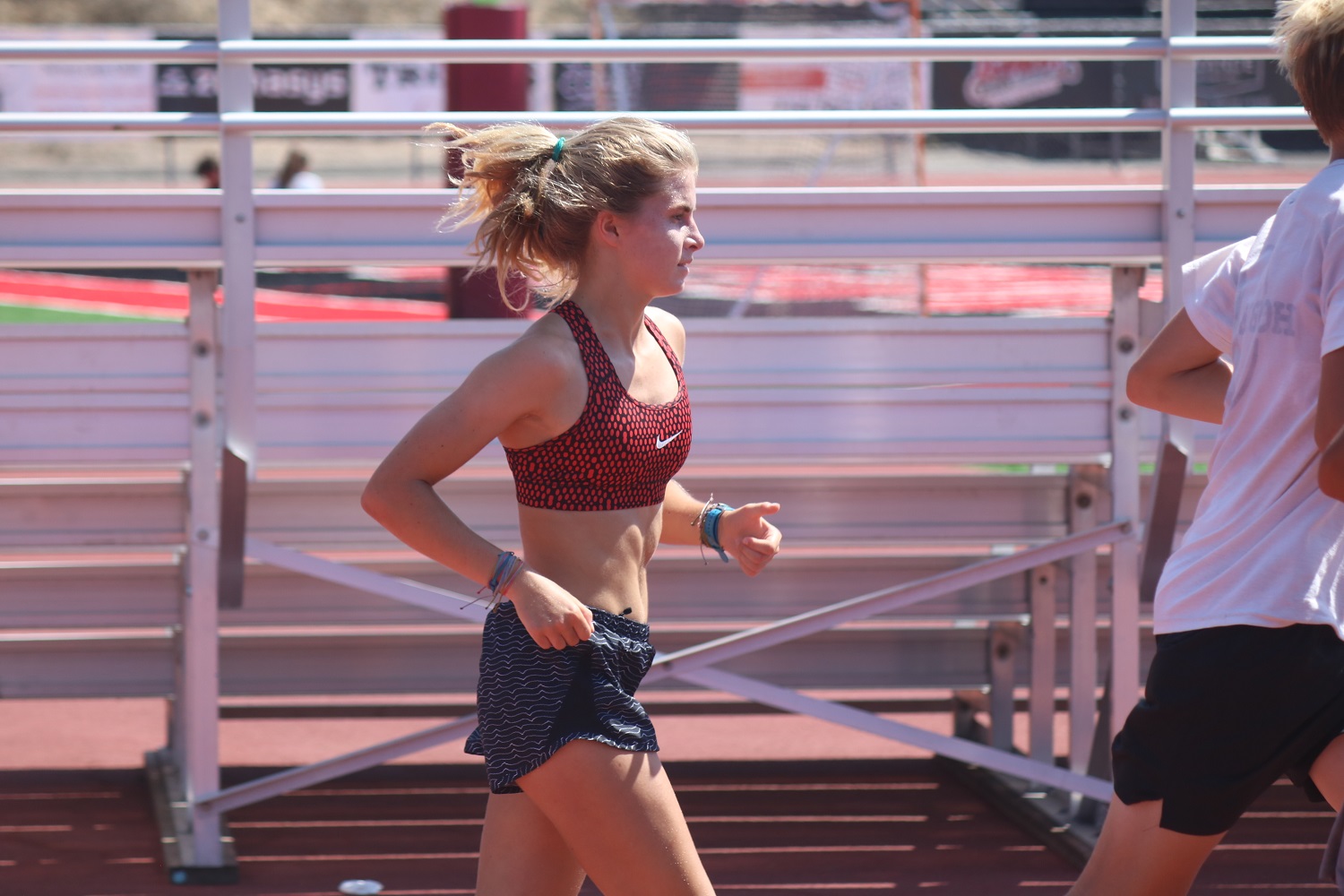 Catsimanes set a course record at Oak Canyon Park in Silverado with a time of 17:02.8 on the three-mile course to best the field and take the gold at the 53rd Orange County Cross Country Championships.

Catsimanes, the third Triton to take the county title after Kelsey Carroll in 2014 and Alex Dunne in 2008, broke the course record by nearly 14 seconds by taking advantage of the downhill portions of the race to push ahead of her competitors.

San Clemente took third overall in the girls team standings at 162 points. Junior Kelsie Yamano was the next to clock in for the Tritons in 31st at 18:29.3, with senior Isabelle Sachse close behind in 34th at 18:34.8.

The San Clemente boys also took third in their team standings with top-10 finishes by senior Caleb Mettler and junior Brodey Horspool. Mettler finished in ninth at 15:03.6, and Horspool posted a personal record in 10th at 15:07.3.

After winning a share of the Sea View League title, the San Clemente girls volleyball team will open the CIF-SS Division 2 playoffs at home on Thursday, Oct. 24.

The Tritons will host Woodbridge in the first round at 6 p.m. Winner will play the San Juan Hills-St. Lucy’s of Glendora winner on Saturday, Oct. 26.

San Clemente lost a coin flip for league seeding with co-champion Tesoro. The Tritons were slotted as the league’s No. 2 representative, and thus San Clemente has the tougher potential second-round draw against No. 2 seed San Juan Hills.

Tesoro could potentially play No. 4 seed Santa Margarita in the second round.