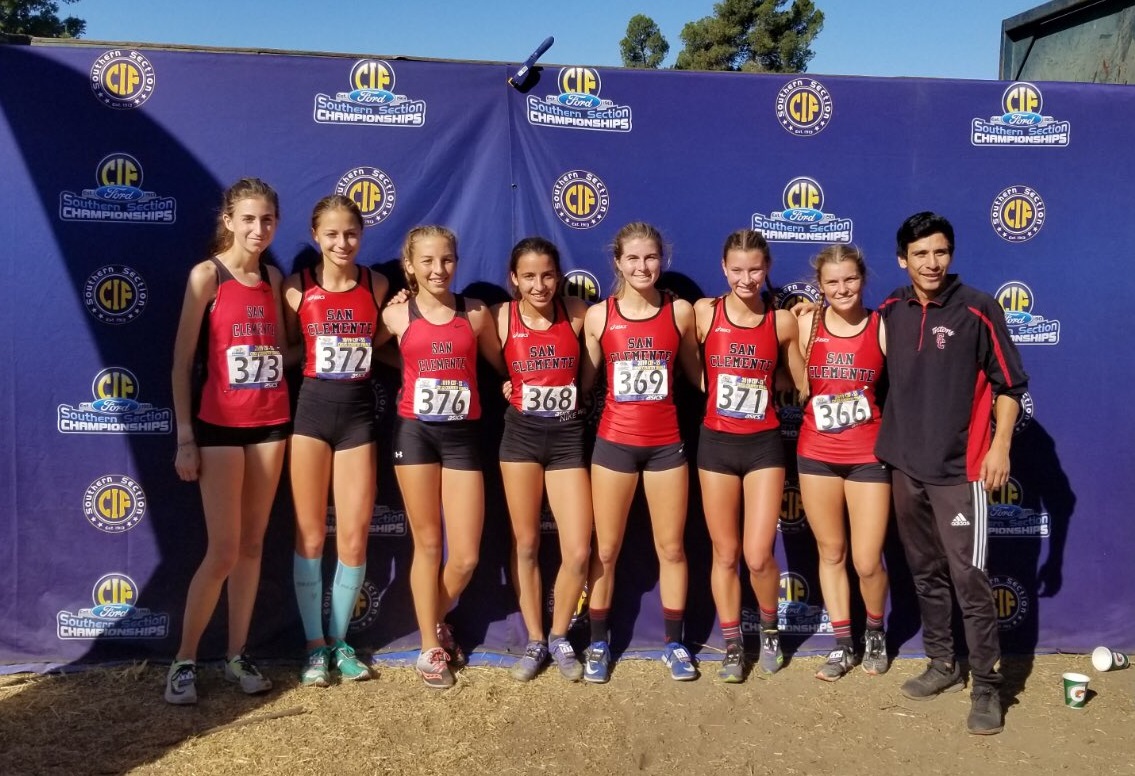 Catsimanes conquered the Division 1 field with a time of 17:21 to capture the CIF-SS Division 1 individual cross country championship on Saturday, Nov. 23 at the Riverside Cross Country Course.

Catsimanes’ run paced the Sea View League champion Triton girls team to a fourth-place finish and automatic qualification for the CIF State Championships, which will run on Saturday, Nov. 30 at Woodward Park in Fresno.

The Wake Forest-bound Catsimanes beat out her closest competition in the three-mile race, sophomore Dalia Frias of Mira Costa, by eight seconds. San Clemente junior Kelsie Yamano was the next Triton over the line in 24th at 18:02. Senior Isabelle Sachse finished in 36th at 18:22, freshman Savannah Punak came in 62nd at 18:51 and junior Cameron Green finished 107th at 19:20 to round out San Clemente’s scoring five.

The race was Catsimanes’ fifth straight win, all in high-profile events in the cross country world’s “championship season.”

After a seventh-place finish at last year’s CIF-SS Finals, Catsimanes actually ran a slower time on her championship run this year. Castimanes ran a time of 17:03 last season on the same course, 18 seconds faster than her winning time.

Catsimanes and the Tritons move on to the state meet on Saturday in Fresno. San Clemente will run in the Division I race at 11:30 a.m.

The San Clemente boys cross country team won’t be joining the girls team on the course in Fresno.

The Tritons finished 12th in the CIF-SS Division 1 Finals on Saturday, Nov. 23 at the Riverside Cross Country Course.

The top seven teams advanced to the CIF State Championships and up to five of the top 20 individuals who didn’t qualify with their teams could also advance.