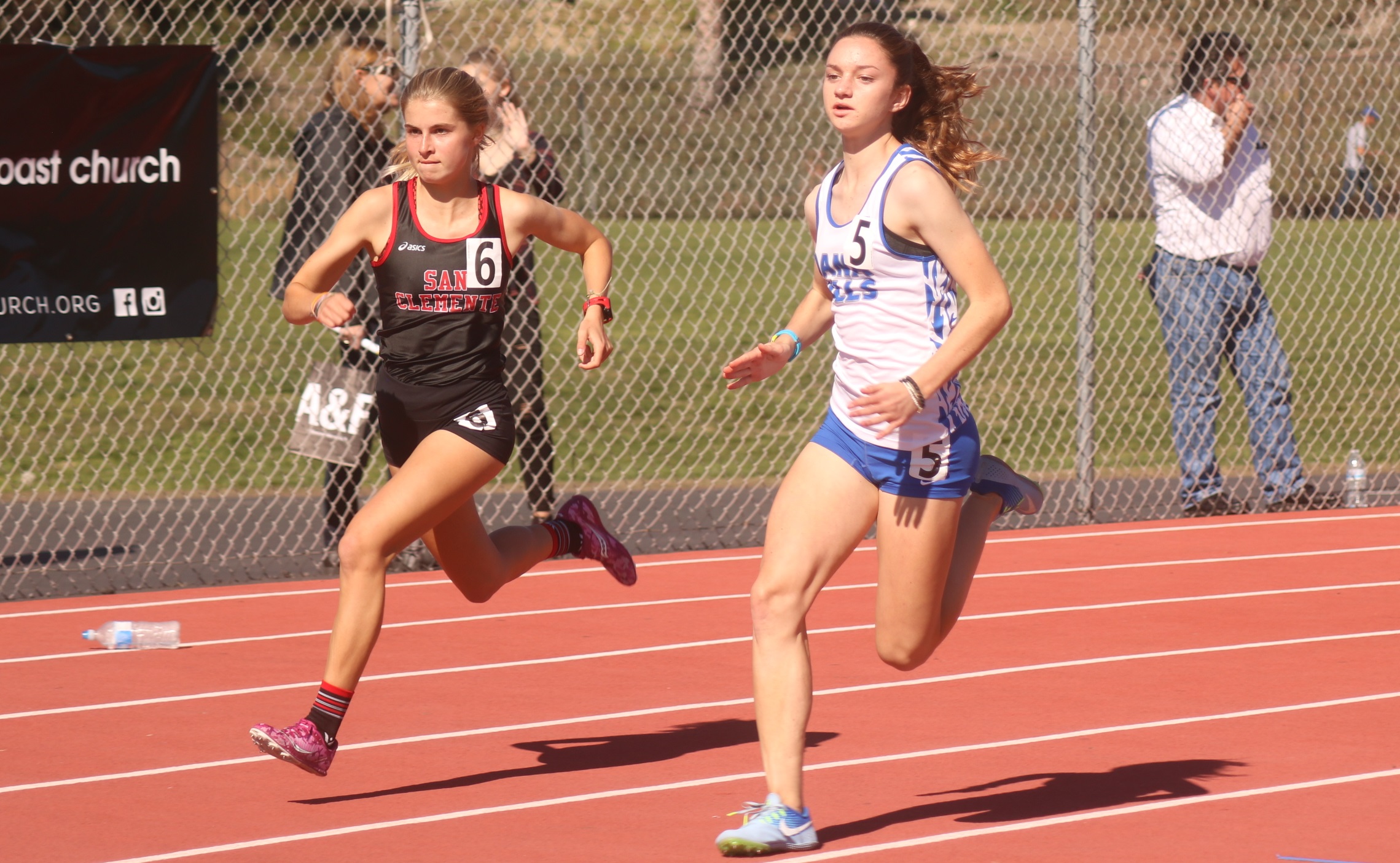 Catsimanes Runs On to State Championships

The San Clemente cross country program will be represented at the CIF State Championships on Saturday, Nov. 24 at Woodward Park in Fresno.

The Tritons’ boys and girls running teams both competed at the same CIF-SS Finals for the first time in a long time, but it was junior Hana Catsi5manes that again rose above the pack in the Division 1 Finals on Nov. 17 at the Riverside Cross Country Course.

Catsimanes conquered the course in a strong 17:03 to finish seventh in Division 1 and be named First Team All-CIF. It was the best San Clemente finish at the CIF-SS Finals since Melissa Eisele’s senior run to fifth place in 2013.

The San Clemente girls placed 18th in Division 1 with sophomore Keslie Yamano being the only other Triton in the top 100 among the 174 runners. Yamano’s time of 18:43 was one second off a season’s best, good for 83rd.

The San Clemente boys finished 14th, with four runners in the top 100 in the field of 185.

Senior Elijah Sech again paced the Triton efforts with a time of 15:27 for 57th place, and junior Caleb Mettler had a time of 15:38 for 73rd. Senior Denilson Lopez-Guerrero and sophomore Bodey Horspool finished only four spots and less than two seconds apart in 79th and 83rd at 15:41.8 and 15:43.1, respectively.

This season, Costello completed 63 percent of his passes for 2,328 yards and 22 touchdowns with only five interceptions; he also rushed for 658 yards and nine touchdowns on 108 carries.