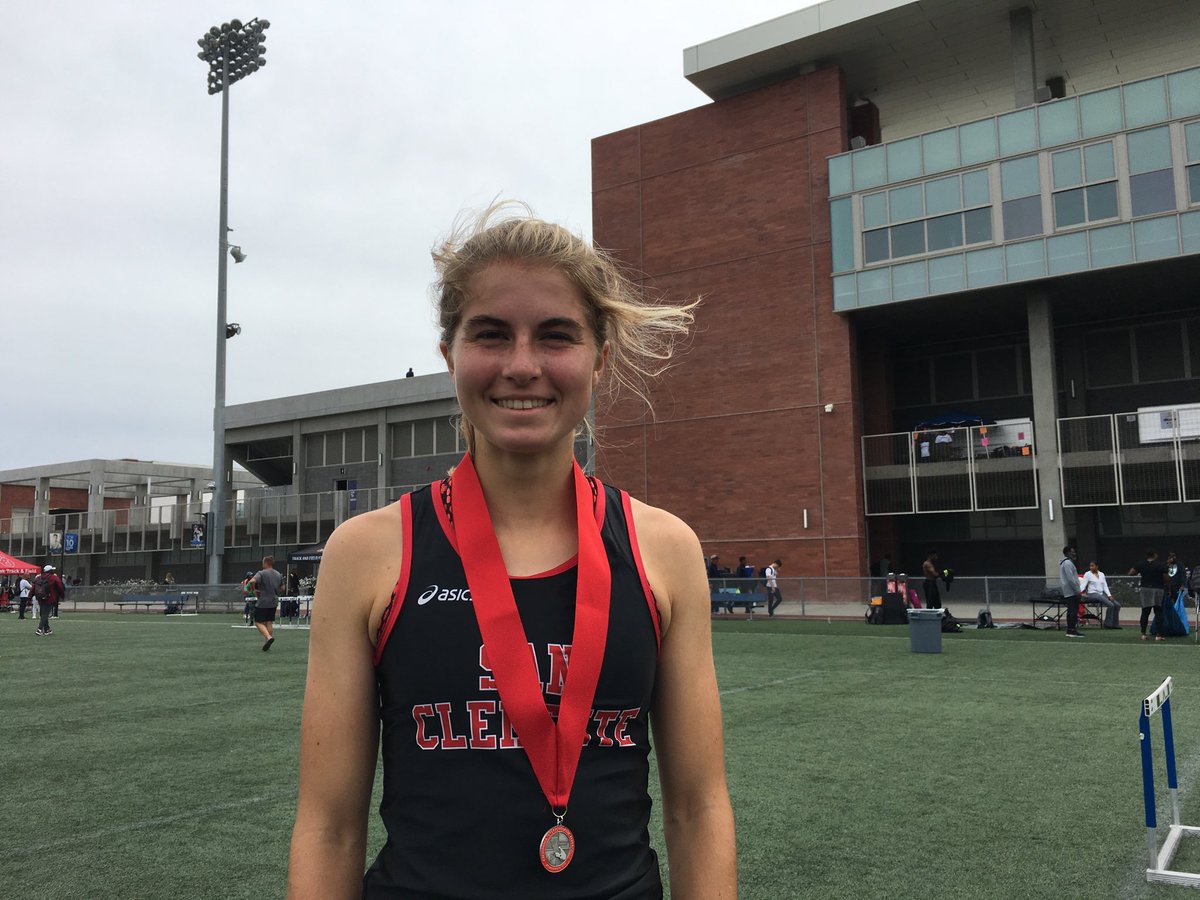 Catsimanes ran a personal-record time of 10:28.55 in the girls 3,200 meters to earn second place at the CIF-SS Masters on Saturday, May 18 at El Camino College in Torrance , thus qualifying for the CIF State Championships on Friday and Saturday, May 24 and 25 at Buchanan High School in Clovis.

Catsimanes advanced to state during the cross country season, as well. Catsimanes finished seventh in CIF-SS Division 1 on Nov. 17 and came in 16th at the State Championships on Nov. 24 at Woodward Park in Fresno.

The second-place finish at Masters is San Clemente’s best Masters finish since Connor Dunne won the boys 800-meter title in 2016. Catsimanes’ personal-record time was the 10th-fastest time in California this season.

San Clemente has not had a state champion since 2014, when Rocky Fenton won the boys discus title.

Results for Wednesday’s round of 16 and quarterfinals were not available at press time. The CIF-SS semifinals and final will be played at Seal Beach Tennis Center on Thursday, May 23.

Wolfe swept through the Sectionals at the Andulka Park Tennis Center. Wolfe had a bye in the first round and did not drop a set against Shravan Patel of Hemet (6-0, 6-0) or Steven Paz of Trabuco Hills (6-0, 6-0) to advance out of the Sectionals grouping.

San Clemente’s two other Sectionals competitors, Cori Angeli and the doubles team of Lance Ding and Blake Ursem, also won two matches, but neither had a first-round bye or won the third match to advance.

Ding and Ursem were also strong in the first two rounds, with wins over Samuel Jin-Alan Ruiz of Hillcrest (6-3, 6-1) and Jeff Peters-Ryan Branteley of King (6-2, 6-3), but the Triton duo also fell to the top-seeded team of the grouping, Kant Krittayaweth-Christian Lensang of Redlands, (6-2, 6-1).