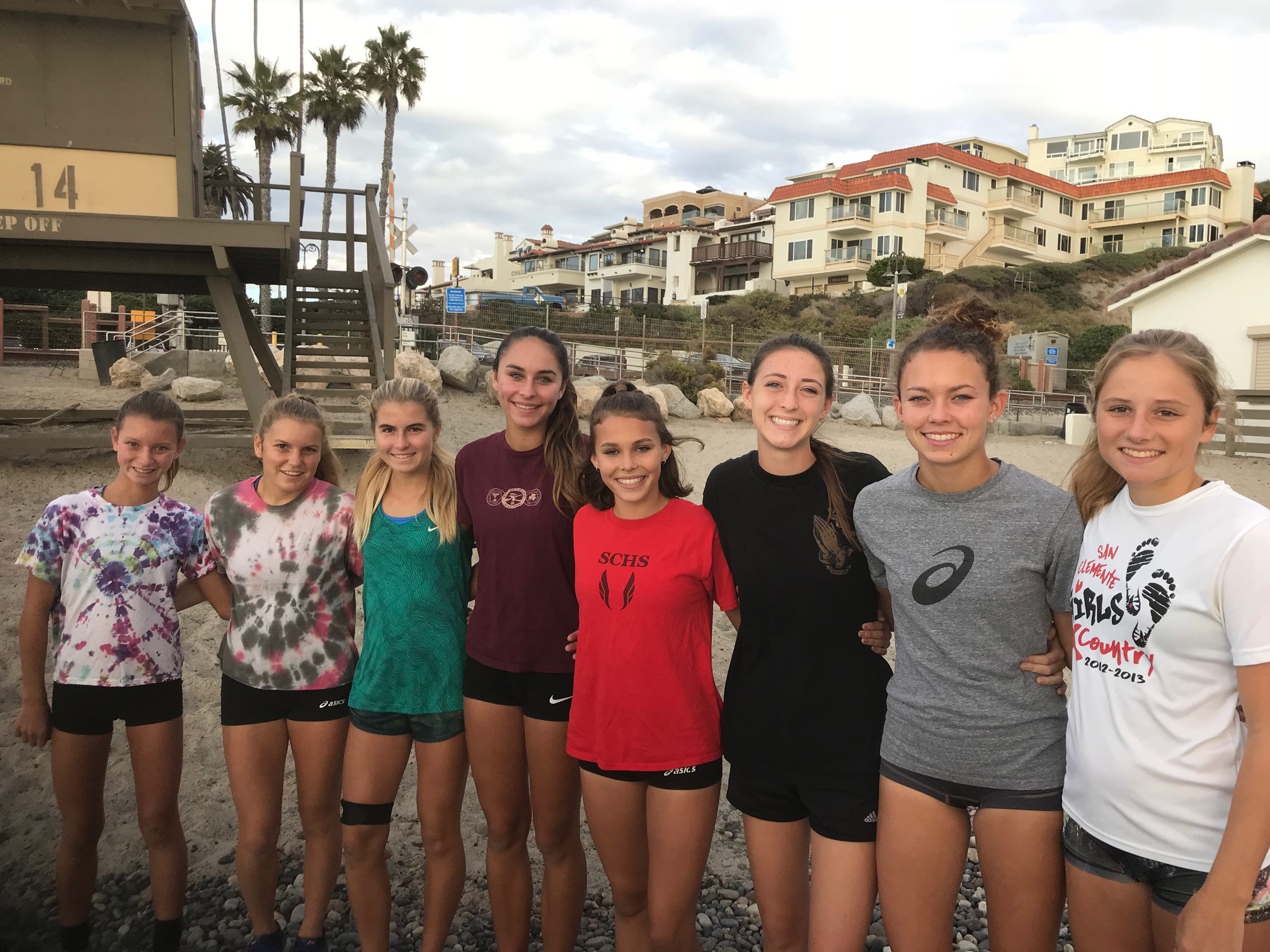 A top-5 finish in their heat at the CIF-SS Prelims earned the San Clemente girls cross country team a berth in this weekend’s CIF-SS Division 1 Finals in Riverside.

The Tritons were paced by senior Chandler Horton, who finished ninth overall with a time of 18:09.

The Tritons will run on the same course on Saturday, Nov. 18.

Football Falls to Rancho Cucamonga in First Round of Playoffs

A second-half surge sent the Rancho Cucamonga football team past visiting San Clemente 28-10 in the first round of the CIF-SS Division 1 Championships on Nov. 10.

The Tritons (9-2) started off strong and held a 10-7 lead at the half. But the Cougars (10-1) defense made adjustments and blanked the Tritons over the final 24 minutes. The Cougars’ offense, led by quarterback Nick Acosta and hard-charging running backs Justyn Alexander and Sean Dollars, took care of the rest by scoring 21 unanswered points.

The Tritons converted on a fourth-and-long situation in the first quarter, setting up a touchdown pass from Brendan Costello to tight end Chris Kane to make it 7-0.

San Clemente kicker Tristan Trager scored the only points of the second quarter when he kicked home a 26-yard field goal for a 10-7 lead.

Rancho Cucamonga’s running attack proved effective in the second half. Dollars finished with 112 rushing yards and a score. Alexander ran for 118 yards and two touchdowns.

The loss ended what was another successful season for San Clemente. The Tritons won their first nine games of the year and placed second in the South Coast League.