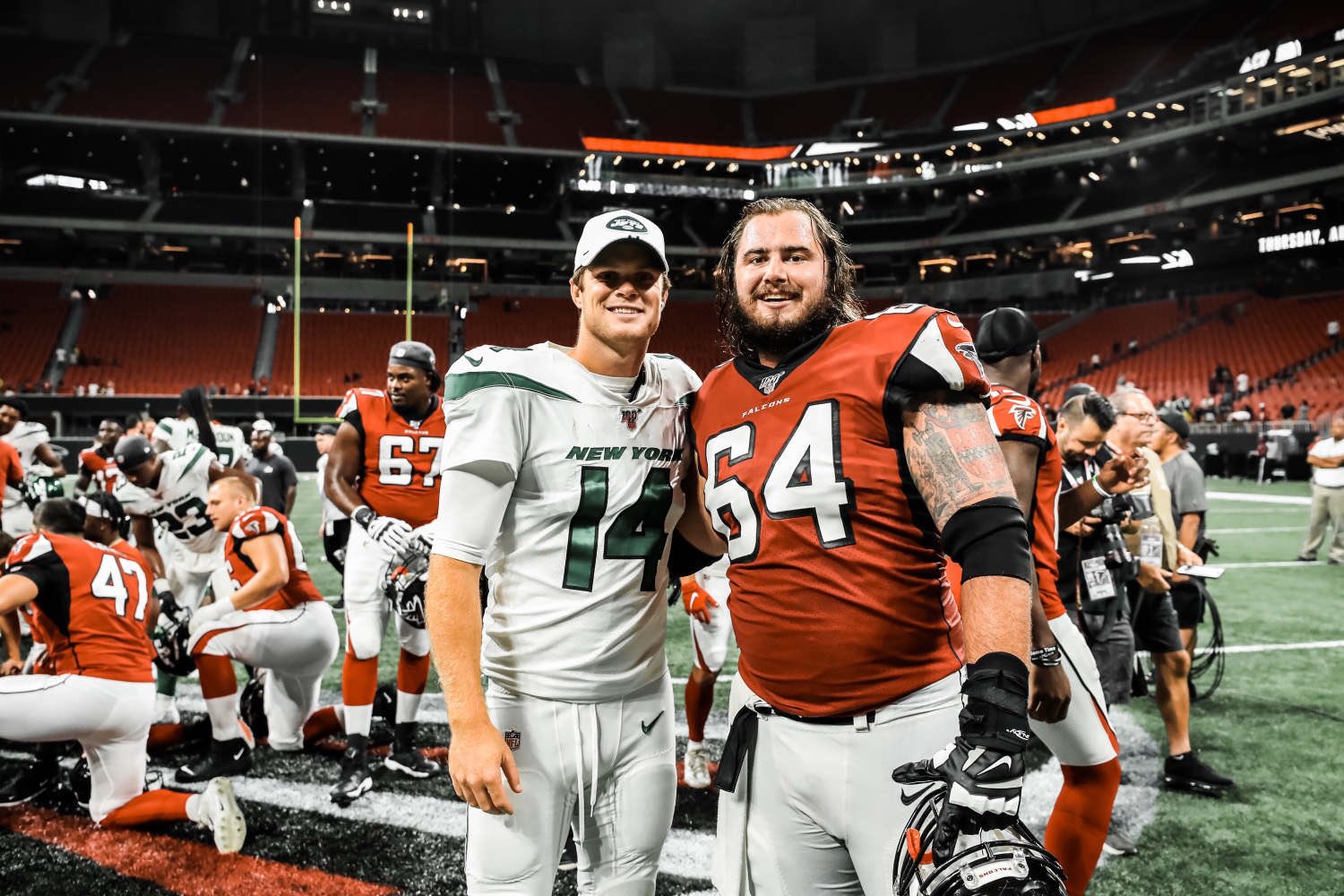 Darnold, 2015 Triton graduate and second-year starting quarterback for the Jets, had another easy and short preseason outing, playing only three drives against the Falcons. Darnold completed 5 of 7 passes for 46 yards and ran the ball once for three yards

For the second time in two preseason games, Darnold helped lead an opening touchdown drive for New York. Darnold completed a 15-yard, play-action pass to Quincy Enunwa and threaded a 21-yard, back-shoulder throw to Robby Anderson to set up the Jets score.

In the Jets’ preseason opener against their stadium roommates, the New York Giants, on Aug. 8, Darnold completed 4 of 5 passes for 80 yards and a touchdown on his first and only drive of the game.

While Darnold’s spot on the Jets is clearly secure, Harlow continues to battle for a roster spot on the Falcons’ offensive line in his second stint with Atlanta.

Harlow is balancing on the thin line between a reserve spot on the Falcons’ roster and a spot on the practice squad. Ahead of Atlanta’s next game against Washington on Thursday, Aug. 21, Harlow played at center during practice after playing at guard for the first three games. Falcons coach Dan Quinn said that the versatility of an inside player is important.

Harlow was with the Falcons for the 2017 season, but he was waived just prior to the 2018 season. Harlow played just over a month with the Indianapolis Colts’ practice squad last season.

San Clemente alum Kolby Allard picked up his first win with the Texas Rangers in his second start with the team on Aug. 14 in Toronto.

Against the Blue Jays, Allard, 2015 Triton graduate and first-round pick of the Atlanta Braves, allowed three runs on four hits with five strikeouts in 5 2/3 innings to earn the decision in a 7-3 Rangers victory.

In his first start with Texas on Aug. 9, Allard was also strong in a shorter outing, allowing two runs on three hits with seven strikeouts in 4 1/3 innings. Allard took a no-decision as the Rangers lost, 6-5, in Milwaukee.

Allard made his first home start in Texas on Monday, Aug. 19, and it came against his hometown team, the Angels. While it was a big occasion for the Anaheim-born Allard, it will be a game to quickly forget, as the Angels scored five runs in the first inning, including a three-run home run by Albert Pujols.

However, Allard’s teammates saved him from the loss, as the Rangers rallied to tie the game and won in 11 innings, 8-7. Allard took another no-decision.

Allard was traded to the Rangers by the Braves on July 30. At the time, Allard was pitching with the AAA Gwinnett Stripers and moved to the Rangers’ AAA affiliate, the Nashville Sounds. Allard made only one start in Nashville, a scoreless, five-inning no-decision, before being called up to the Rangers on Aug. 9.