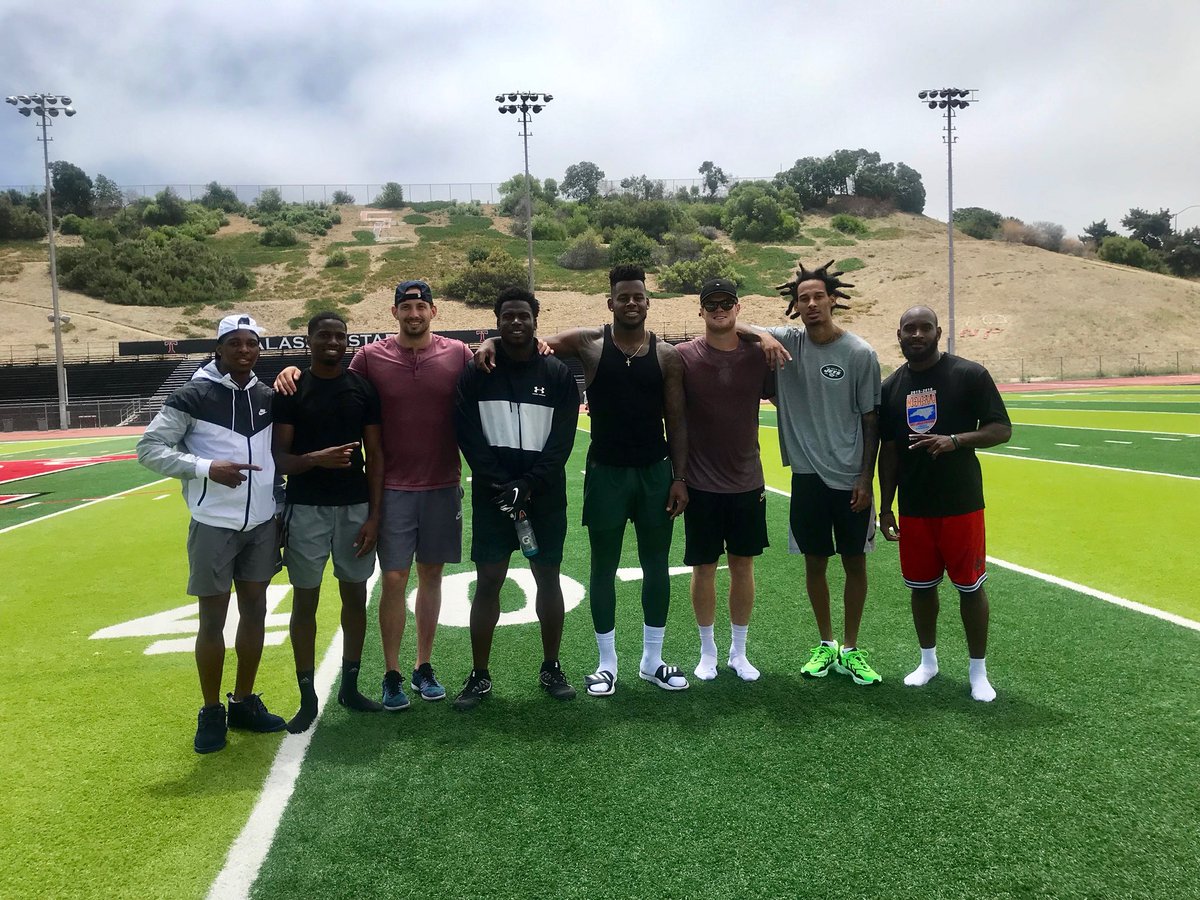 Darnold graduated from SCHS in 2015 and played two seasons at USC after a redshirt season. Darnold was selected No. 3 overall by the Jets in the 2018 NFL Draft.

After being named the youngest Week 1 starter in NFL history, Darnold completed 58% of his passes for 2,865 yards and 17 touchdowns with 15 interceptions in 13 games. The Jets posted a 4-9 record with Darnold under center and a 4-12 record overall.

Darnold’s best game came late in the season, when he completed 24 of 35 passes for 341 yards and three touchdowns with no interceptions in a 44-38 shootout loss to the Green Bay Packers in Week 16.

The Tritons open fall camp on July 31, and the season starts Aug. 23 at Oceanside.

The San Clemente wrestling team completed its summer session with a trip to the Southern California Summer Wrestling Championships. The Tritons had one champion and nine wrestlers reach a podium position.

San Clemente’s champion came at the intermediate level, where sophomore Grant MacKinnon took the 113-pound title. MacKinnon had two byes and won two matches by fall to earn the gold.

Two other intermediate Tritons medaled as sophomore Tyler Jones (120 pounds) and junior Joseph Marquez (132 pounds) each earned silver. Jones went 1-1 with a win by forfeit and loss by decision. Marquez won his first match by decision and second match by fall, but lost by fall in the title match.

At 170 pounds, Morales had two byes and a win by fall to reach the final. Morales lost by fall in the final, settling for the silver. At 182 pounds, Nielsen had two wins by decision and one by fall, with one loss by decision, to take the silver.