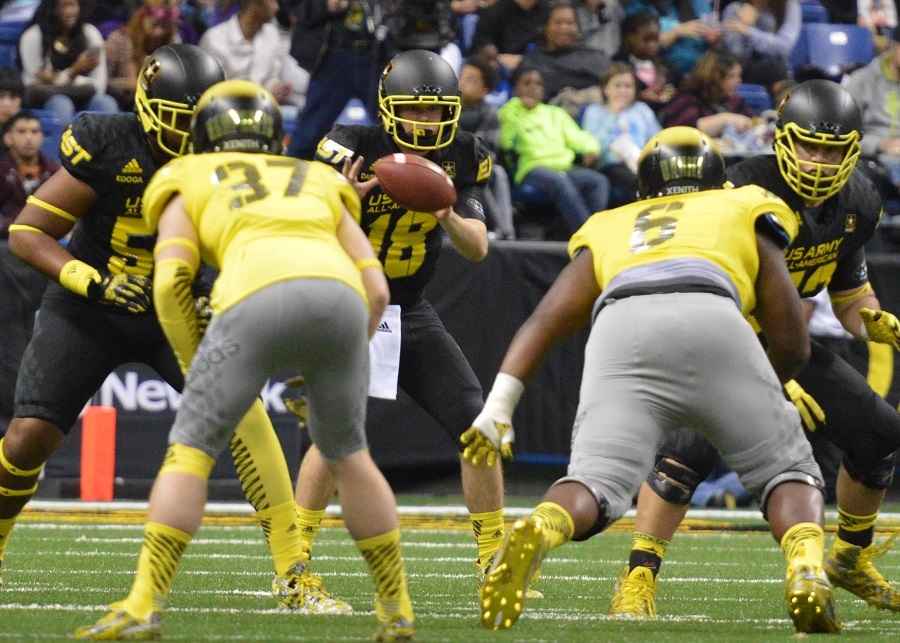 A timely first half goal from senior midfielder Eddie Molina was the deciding factor in the San Clemente High School boys soccer team’s 1-0 nonleague win over Laguna Hills on Jan. 3.

It was Molina’s third goal on the season, which puts him in second on the team in the category.

The Tritons, currently ranked second in the CIF-SS Division 1 polls, finished up their nonleague schedule with a 2-0 win over Santiago on Jan. 6.

San Clemente (10-4-2) will now look to defend their South Coast League title come Jan. 9. The Tritons will open league play with a game against Capistrano Valley (3-2-1), who finished second behind San Clemente in league last season. –Kevin Dahlgren contributed to this report

A big third quarter pushed the visiting Orange Lutheran girls basketball team to a 51-39 victory over San Clemente on Jan. 6.

The Lancers outscored the Tritons 18-12 in the third to put the game out of reach.

San Clemente (8-6) will open South Coast League play with a home game against Tesoro on Jan. 8.

The San Clemente girls soccer team will take their three-match unbeaten streak with them as they head into their South Coast League opener against Aliso Niguel on Jan. 8.

The Wolverines (9-1) enter the match riding a two-game winning streak and are currently the No. 1 ranked team in the CIF-SS Division 1 polls.

Aliso Niguel appears to have depth up and down the pitch, as 14 different players have scored goals for them in 10 games played. Most of the team’s offensive production was done in a season opening 15-0 rout over Savanna on Dec. 8. But Aliso Niguel has still been able to score plenty of goals since.

Baseball Will Travel to North Carolina for Elite Tournament

The tournament is regarded as one of the best in the country and will feature dozens of potential 2015 Major League Baseball draft picks.

It will be the first time the Tritons program competes in the event.

San Clemente will be joined by fellow Southern California programs Huntington Beach and JSerra Catholic at the event.

Senior receiver and defensive back Jake Russell has been offered preferred walk-on status at USC and UC Davis, Ortiz said.

Darnold, who played for the East squad, completed six out of seven pass attempts for 89 yards, a touchdown and an interception in the high-profile prep showcase. Darnold’s interception, which came early in the second quarter, was returned for a touchdown.

Darnold’s touchdown pass, however, helped spark a fourth quarter push by the East team. The West led 36-9 entering the final quarter when Darnold hit TJ Rahming, a Duke commitment, for a 63-yard touchdown pass that ignited a 27-3 run by the East. The West eventually held on for a 39-36 victory.