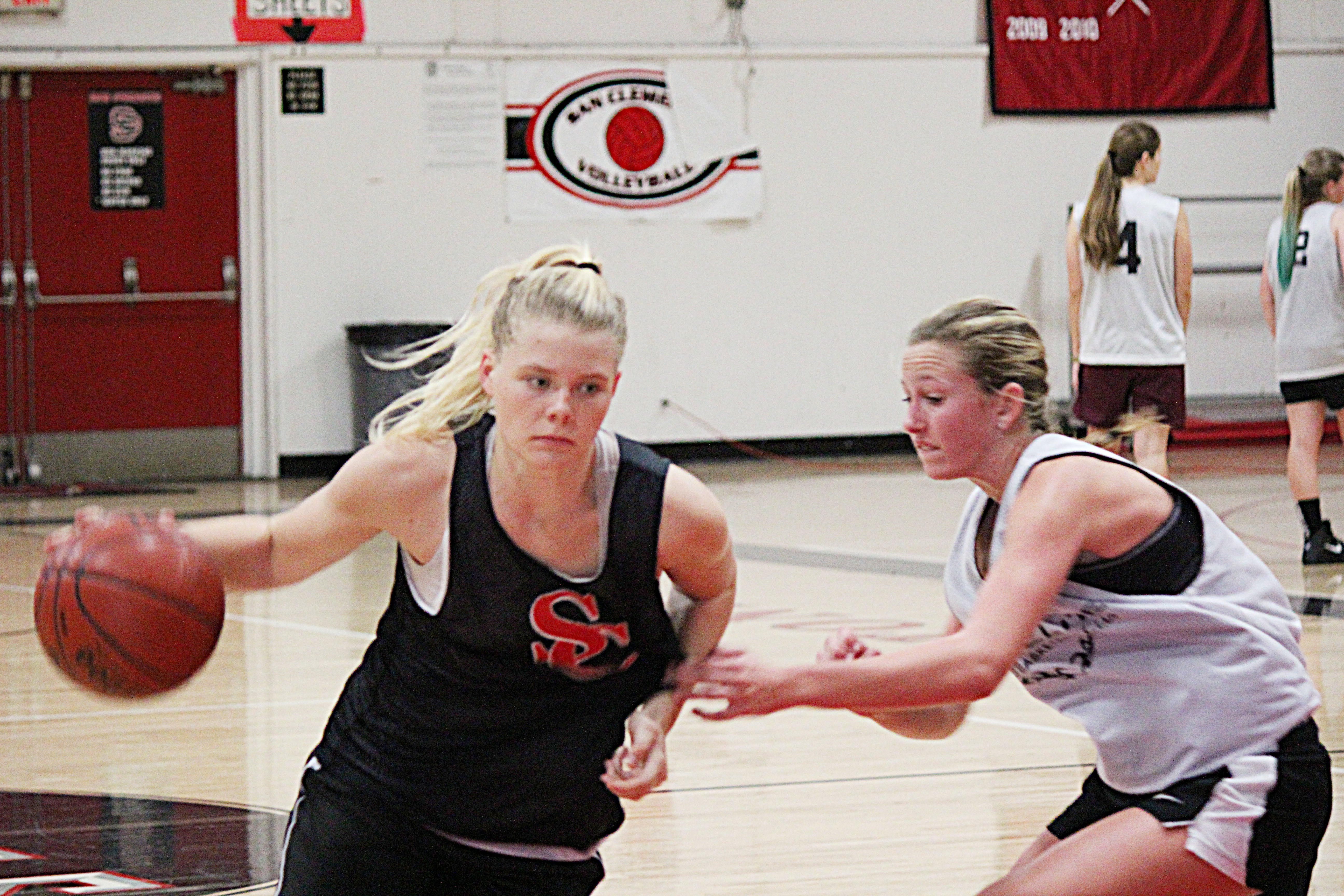 For in-game updates, news and more for all the San Clemente winter sports programs, follow us on Twitter @SouthOCsports.

De Gree, who is averaging 22.6 points per game this season, scored a season-high 33 points and grabbed 16 rebounds in the Tritons 68-60 win over the Chargers. De Gree also had five steals and one block. De Gree kept her double-double streak alive by scoring a game-high 21 points and securing 15 rebounds in the 60-27 San Clemente win over Laguna Hills two days later.

The Tritons (13-8, 4-0) now have a comfortable lead in the South Coast League standings. They will travel to play Capistrano Valley on January 30.

Stony Brook University is a Football Championship Subdivision Division 1 program that competed in the Colonial Athletic Association in 2013. The Seawolves went 5-6 overall and 3-5 in conference play last season.

Wright led the Tritons with 31 catches for 314 yards and scored three touchdowns in his senior year.

Playing host to Capistrano Valley on January 24, the San Clemente boys soccer team did something it hasn’t done in South Coast League play in over 12 contests—lose.

The Tritons (17-2-1, 3-1 league) gave up two goals in the second half to Capistrano Valley and despite a goal by senior midfielder Oscar Hernandez that narrowed the visitor’s lead to one, San Clemente could not complete the comeback.

The Tritons were shorthanded on their back line, with senior Ethan Gacek still sidelined with a fractured jaw and standout defender Dylan Struthers away on a college recruiting trip. Senior midfielder Santiago di Giuseppe was again unavailable to play due to a head injury.

However, the loss did provide some good news for the Tritons as it marked the return of senior midfielder Alek Cucuk to the lineup. Cuck missed the Tritons’ previous four games.

San Clemente was set to host Tesoro on January 29. Results were not available at press time.

Boys Basketball Bounces Back With Win

After suffering back to back losses to Trabuco Hills and Dana Hills, the reigning league champion San Clemente boys basketball team picked up a much-needed win over Laguna Hills on January 24.

The Tritons (11-10, 2-2) were without standout Sam Darnold, who broke his hand in the Tritons loss to the Mustangs, but benefitted from some career performances in the 79-61 win over the Hawks.

The Tritons opened the game by scoring 27 points in the first quarter and took a 46-32 lead into the second half.

San Clemente took a break from league play and hosted Tesoro in a nonleague contest on January 29 and lost, 58-52.

The Tritons will travel to play rival Dana Hills on February 1. The Dolphins defeated the Tritons 54-36 in their first meeting back on January 22.