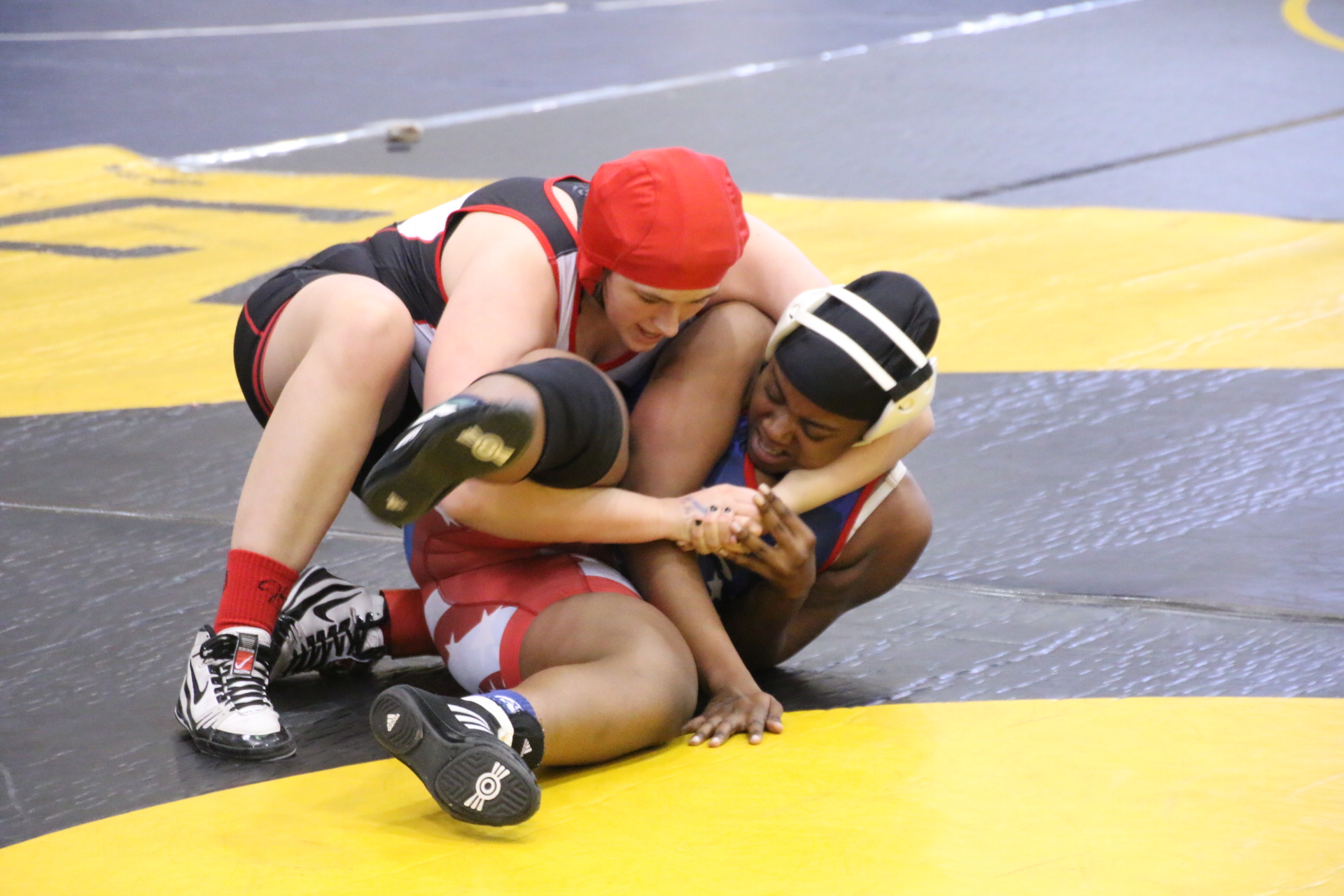 Amara Devericks and Carolina Moreno both had successful 2017 seasons come to an end after qualifying for the prestigious CIF State Wrestling Championship tournament in Visalia on Feb. 25.

Devericks, who placed second in her division at the CIF-SS Individual Championships and third at the CIF-SS Masters meet one week later, advanced to the consolation bracket at State.

Moreno also advanced to the consolation bracket at State after placing third at CIF-SS Individuals and seventh at CIF-SS Masters.

Senior Kyle Marshall continued his standout season on the wrestling mats with a fourth-place showing in the 190-pound weight division at the CIF-SS Masters tournament on Feb. 25. His placement qualified him for the CIF State Wrestling Championships in Bakersfield this weekend.

Marshall, who finished first in individual CIF-SS qualifying, went 4-1 overall at the Masters tournament and could have placed as high as third if not for a broken finger. Marshall suffered the injury in his fifth match and decided not to compete in the third-place match because he had already accomplished his goal of competing in the State Championship tournament, according to coach Mark Calentino.

San Clemente senior Austin Moore also competed at the Masters tournament. Moore, a heavyweight, went 3-3 over the stretch and narrowly missed out on advancing to State. Moore placed 10th, and only the top nine wrestlers advance to the next stage of competition. Moore had several tournament wins and standout performances on the year.

The Bishop Amat girls basketball team got off to a blistering start in the first quarter of its CIF-SS Division 3AA quarterfinal game against visiting San Clemente on Feb. 22.

Bishop Amat went on a 17-1 run to open the game and the Tritons could not recover. The Tritons played catch-up all night but lost 47-30.

The loss ends a deep postseason run by the Tritons, who placed second in the South Coast League. After a first-round bye, San Clemente pulled off a last-second victory over Trabuco Hills in the second round to earn a spot in the quarterfinals.

San Clemente junior Alex Pak battled a tough Western Hills Country Club course and a talented field at the Servite Invitational golf tournament on Feb. 27. After carding a first-round score of 73 (+1), Pak found himself in a playoff to determine the individual champion.

The standout junior defeated Foothill’s Brennan Hellmers on the first playoff hole by making par, which earned Pak his first individual title of the young season.

Pak had to battle the weather and the course, which measured nearly 6,800 yards. The large preseason tournament featured 114 golfers.

Pak is coming off an offseason that saw him finish as the low junior at the San Clemente City Championships.

As a team, the Tritons placed ninth. Host-team Servite won the event.